Slovakia: Liberty and justice for all

THE SLOVAK National Centre for Human Rights (SNSLP) recently wrapped up an anti-discrimination campaign designed to educate government officials about EU policy and inform the public about their rights. The campaign, entitled "For Diversity. Against Discrimination", was initiated shortly after Slovakia's accession to the European Union in May 2004 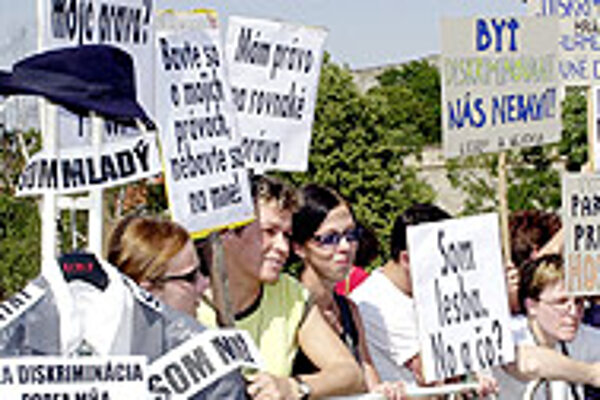 Font size:A-|A+0
THE SLOVAK National Centre for Human Rights (SNSLP) recently wrapped up an anti-discrimination campaign designed to educate government officials about EU policy and inform the public about their rights. The campaign, entitled "For Diversity. Against Discrimination", was initiated shortly after Slovakia's accession to the European Union in May 2004

In a series of seminars, the SNSLP worked together with the Labour Ministry and various non-governmental organizations to inform municipalities and labour offices about the new responsibilities that EU membership - and a new anti-discrimination law passed by the Slovak government - brings.

Mária Deckerová, who leads the project management team at the SNSLP, said the national information campaign took pains to focus on young people. "We specifically targeted young people. They are our hope for the future. For them, anti-discrimination and equal treatment for all should be natural. Unfortunately, this is often not the case for the older generation," she explained.

A total of 960 people participated in the seminars.

Viera Kusendová, the head of the family and gender section of the Labour Ministry, said that the ministry supported the campaign by sponsoring employee lectures at Slovak labour offices.

"Often people complain to us or to labour offices about workplace discrimination. Many people, including women with a history of unemployment, are often discriminated against. In other words, they do not receive an equal shot at landing a job," said Kusendová.

One of the Labour Ministry's goals was to teach its employees to be on the lookout for possible cases of workplace discrimination.

"[Our employees] meet with employers who are in turn looking for workers. They should make sure that employers do not adopt discriminatory measures when hiring. Often, the old and women are discriminated against," Kusendová said.

According to the Labour Ministry section head, age and gender discrimination are more common in the eastern part of the country and in areas that suffer high unemployment rates.

"In areas such as the Prešov region for instance, people are scared to fight against discrimination because they fear losing their jobs. The situation is much better in the Bratislava region, where people as well as companies behave differently," Kusendová said.

Part of the impetus among Bratislava companies to act in accordance with anti-discrimination legislation - or at least settle out of court - is marketing. "They fear the negative publicity [that a discrimination case would bring]", Kusendová explained. Furthermore, many companies simply do not have the means to bankroll a protracted court case.

The new anti-discrimination law, however, puts a new spin on the court fees. The SNSLP now provides free legal advice to plaintiffs and defendants involved in a discrimination fight.

SNSLP Director Viera Mrázová admitted that too few people are aware of the agency she represents, although it was established 11 years ago. She hopes that the anti-discrimination campaign has increased awareness of the SNSLP and will encourage them to seek its help.

SNSLP is headquartered in Bratislava. By the end of the year, the agency expects to establish regional offices in each of Slovakia's eight regions.

The SNSLP has already won some court cases.

In one such case, a woman carried out a research project that was subsequently shifted to her male colleague, who received credit for the work.

Meanwhile, the Constitutional Court announced that it would rule on Slovakia's anti-discrimination legislation next month.