AMERICAN climbing legend Jeff Lowe is coming to Bratislava. The Utah native joins an impressive guest list of rock climbers and mountaineers participating in the 6th annual international festival of mountain films, Mountains and City. The event, scheduled over four days - May 26 to 29 - is taking place at Bratislava's Aupark. 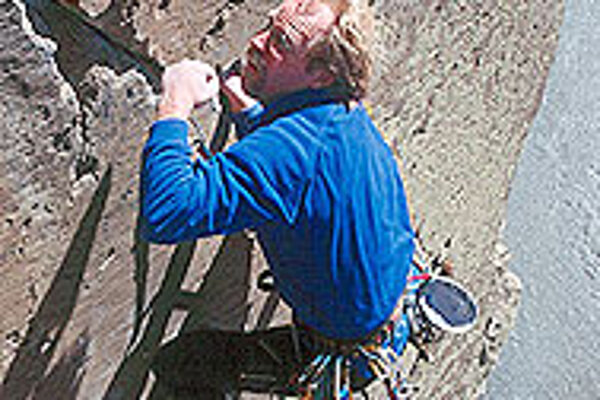 Font size:A-|A+0
AMERICAN climbing legend Jeff Lowe is coming to Bratislava. The Utah native joins an impressive guest list of rock climbers and mountaineers participating in the 6th annual international festival of mountain films, Mountains and City. The event, scheduled over four days - May 26 to 29 - is taking place at Bratislava's Aupark.

Lowe, now in his fifties, has made more than 500 first ascents (new climbs). Known to avoid crowds, bottled oxygen and fixed ropes, Lowe seeks solitude and challenge in the world's most remote mountain ranges. He has scaled peaks in North America, the Peruvian Andes, Scotland, the Alps, Tajikistan and in the Himalayas of Nepal and Pakistan.

At four years old, Lowe was already skiing at one of Utah's premier alpine ski resorts, Snow Basin. Three years later, he became the youngest person to climb the Grand Teton in Wyoming. As a teenager, Lowe was busy establishing new routes in Utah and neighbouring states. He has given some of his most memorable climbs poetic names - Moonlight Buttress, Smear of Fear and Blind Faith.

But Lowe is more than just an alpinist. His climbing equipment designs helped revolutionize free climbing, and he has written numerous instructional books for both novice and hard-core climbers. Lowe has many tales to tell; he will share some of them with a Bratislava audience at his multimedia presentation entitled Many Climbs, Many Lessons on May 27 at 19:30.

The Aupark Shopping Centre's Palace Cinemas multiplex is particularly suited to holding a festival such as this. Its advanced technology and large number of screens mean that more presentations can run simultaneously, giving visitors greater choice.

"The festival also aims to target a new group - the typical urbanite whose free time is spent shopping. We want to inspire this kind of person to start rebuilding his or her relationship to nature," the festival's organizers say.

From Canada comes a production called Being Caribou, in which an environmentalist couple follow a herd of 120,000 caribou on foot across 1,500 kilometres of wild and remote Arctic tundra - areas endangered by oil extraction.

A Russian Wave offers a humorous look at two whitewater kayakers hired by the Russian government to assess local whitewater sports. They soon realize that the Russians' understanding of "whitewater" is completely different than theirs.

Australia will compete with a production from 2001 entitled Alone Across Australia. It tells the story of a man who takes his dog for a 2,500-kilometre walk.

In addition to the film competition there will be lectures and slide shows delivered by Slovak and foreign guests. Apart from Jeff Lowe, Spanish rock climber Josune Bereziartu, currently considered the world's best female rock climber, will hold her lecture Yeah Man: This is a Logical Progression on May 28 at 19:30.

Simon Yates, who featured strongly in the film about British climber Joe Simpson, Touching the Void, will return from Alaska just in time to catch the last day of the festival with his slide show The Good, the Bad, and the Beautiful - a humorous and philosophical examination of his climbing experiences. The lecture starts on Sunday, May 29 around 19:00, followed by a screening of Touching the Void.

Also invited is adventure photographer Paul Malon, who will introduce his latest collection - Mountains and Town.

The Mountains and City festival will run from May 26 to 29 at the Aupark, Bratislava. Tickets for the screenings cost Sk69 and Sk129 and are on sale from May 20 at the Aupark's Palace Cinemas. For more information visit www.horyamesto.sk.