WITH A STRONG majority, Slovak legislators passed a revised Penal Code that toughens sentences for dangerous criminals and decreases the age of criminal responsibility from 15 to 14 years old. 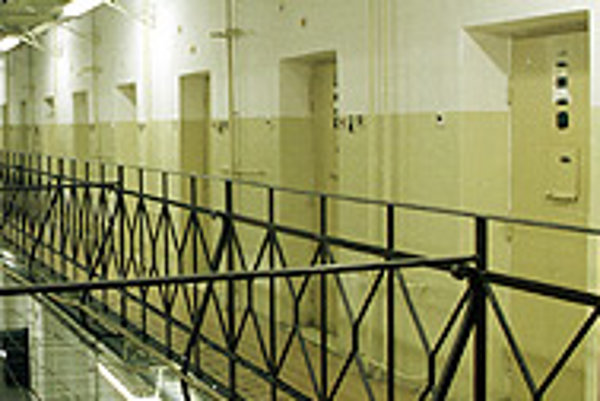 Font size:A-|A+0
WITH A STRONG majority, Slovak legislators passed a revised Penal Code that toughens sentences for dangerous criminals and decreases the age of criminal responsibility from 15 to 14 years old.

Out of 139 MPs present on May 20, 117 supported the bill. Four days later, by a comfortable 90-vote margin, legislators also passed a new Penal Order, which is closely tied to the Penal Code.

The new legislation comes after dozens of revisions of Slovakia's outdated criminal statutes dating back to 1961.

Justice Minister Daniel Lipšic is convinced that the new legislation offers greater protection to those who respect the laws and deals more harshly with those who break them.

"Thanks to the new Penal Code I believe our people will feel safer from crime in the streets and in towns," the minister said.

While the Penal Code defines criminal acts and sets out penalties, the Penal Order defines legal proceedings and matters related to the court. The Penal Order is expected to hasten legal action by providing guidelines for the defence, the supply of evidence and the role of judges and special agents in uncovering crimes. Among other changes, the new Penal Order cuts the maximum time in custody from five to four years.

Minister Lipšic told journalists May 24: "This is a modern Penal Order that secures fast and effective proceedings at court. Those who stand accused of crimes will receive a court hearing as soon as possible, because the punishments for those found guilty should not only be just but imposed quickly."

Unfortunately for the minister, he failed to push through corporate liability for legal entities.

"I think that owners of corporations, not just individual employees, should be held accountable for crimes such as money laundering, drug dealing and corruption," said Lipšic.

Business representatives opposed the inclusion of corporate liability into the revised Penal Code and many pro-business MPs backed them.

According to Jirko Malchárek of the New Citizen's Alliance, the corporate liability clause could be misused by companies "in competition with other companies". The opposition party Smer agreed with the ruling coalition party and presented a similar argument.

Although the new Penal Code does not introduce the legal responsibility of firms, it does change Slovakia's criminal system in several ways.

For example, home imprisonment and obligatory service ranging from 40 to 300 hours will be instituted for those guilty of less dangerous offences. A conditional delay of imprisonment under probation supervision will also be extended to certain offenders.

The law also allows for self-defence, making it legal for people to use a gun if an unauthorized person enters their house.

During parliamentary discussions, some MPs objected to decreasing the age of criminal responsibility to 14. Independent MP Ivan Hopta, who abstained from voting on the Penal Code, said he disagreed with lowering the age.

"I realize that even at such young age children often commit serious crimes. On the other hand, however, the state is doing virtually nothing to secure them with opportunities for a meaningful use of leisure time," Hopta said.

If Slovak President Ivan Gašparovič signs the legislation into law, both the revised Penal Code and Penal Order will take effect in January, 2006.

Marek Trubač, the president's spokesman, told The Slovak Spectator that it is too early to comment on whether the president would sign the legal norms.

"The president admitted that these laws are certainly a major change, but as of now, it is too early to issue statements whether or not he will sign them. We still have not received the final form of the legislation, including the changes made to the original drafts in parliament," said Trubač.

"It is possible that we will receive the legislation next week, and then the president will take time to study the material," he said.

Slovakia's Attorney General Dobroslav Trnka, meanwhile, welcomed the new legislation, as did opposition politicians, many of whom noted that changing the Penal Code was necessary because of the rise in crime.

According to Smer Chairman Robert Fico, his party MPs supported the law thanks to Minister Lipšic, who respected the opposition's comments and proposals.

"The new Penal Code is systematic and structured and brings about new aspects in reaction to the new forms of criminal activities," said Fico.

In defence of the tough Penal Code, which some consider too harsh, Minister Lipšic said, "It is time that those who act and behave in accordance with the law get a chance to succeed in Slovakia."

Like the Penal Code, the Penal Order changes matters, this time in Slovakia's criminal proceedings system.

According to the new legislation, authorities would have to inform subjects of wiretapping within three years of carrying it out. This would happen only in cases where wiretapping failed to confirm suspicions based on which wiretapping was considered appropriate.

Although Lipšic was against the proposal, several MPs with alliances to the Slovak Democratic and Christian Union's Roman Vavrík pushed through the clause.

Authorities will also be entitled to apprehend witnesses who fail to show up at court hearings after having received court summons. Furthermore, prosecutors and plaintiffs rather than judges will have to supply evidence in criminal proceedings.