IN A CLOSED session May 19, the Slovak Intelligence Service (SIS) presented parliament with its annual report regarding illegal activity in all areas of Slovak life. According to SIS Director Ladislav Pittner, however, state-sponsored fraud and corruption are not the agency's main concern. Its priority remains firmly with combating terrorism. 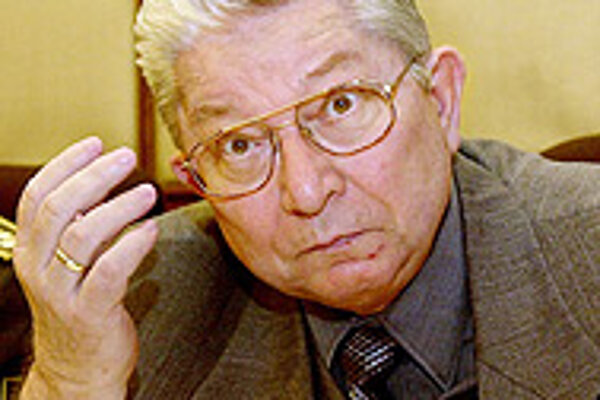 Font size:A-|A+0
IN A CLOSED session May 19, the Slovak Intelligence Service (SIS) presented parliament with its annual report regarding illegal activity in all areas of Slovak life. According to SIS Director Ladislav Pittner, however, state-sponsored fraud and corruption are not the agency's main concern. Its priority remains firmly with combating terrorism.

Pittner said Islamic radicals continue to threaten Slovakia as well as Slovak nationals at the Slovak embassy in Iraq, confirming the need to step up the fight.

In addition to terror-related information, the SIS report included information on suspected bank fraud, embezzlement by state-owned companies, and political, judicial and police corruption. The agency also pointed to several manipulated tenders and excessively expensive supplies for railway reconstruction projects. And, according to the SIS report, money is being siphoned off from hospitals and health insurance companies.

The SIS found that the underworld is concentrating on the industrial, energy and transportation sectors, as well as investing in ski resorts. The agency also suspects underworld figures of holding production units gained via manipulated bankruptcy proceedings.

According to the SIS, the top local mafia bodies are linked to - or are forging links with -the Russian-Ukrainian underworld network.

While the need for an intelligence report is assumed logical, experts argue over whether the subsequent handling of the information is effective.

SIS spokesperson Vladimír Šimko told The Slovak Spectator that the agency forwards its findings to the respective authorities. "As a rule, when there is no doubt that a crime was committed, we forward the information to the police. When there is a suspicion that in some area an unlawful action is being prepared, we generally forward the information to the respective ministers who are responsible for the given area," Šimko said.

Roman Vavrík, a member of the parliamentary security committee for the ruling Slovak Democratic and Christian Union, believes that SIS data is "dealt with by the criminal process bodies". Others are sceptical whether the information is handled appropriately, citing ineffective cooperation between security units.

"Feedback is missing and as a result SIS information ends up in a dustbin," said Polka.

He and several other MPs support the creation of a central communications unit that would serve the state's intelligence services, evaluating and possibly exchanging information.

"It is evident that there should be a coordination centre that would evaluate the information and distribute tasks. But that [centre] does not exist. Rather than trust, there is rivalry between [the state's several] intelligence service units," Ivo Samson, a security analyst with the Slovak Foreign Policy Association, told the daily Pravda.

"We need that feedback in order to find out whether our sources are reliable. To fix this situation, we have proposed a clause as part of the new law on secret services that would require [state bodies] to give us feedback," he said.

Šimko says the SIS communicates well with other secret service agencies, including the military defence unit and military intelligence, as well as the National Security Office, ministries and the police.

Data contained in the recent SIS report has convinced some opposition forces that the current cabinet is reneging on its pledges to fight corruption and curtail organized crime.

After the SIS director presented his report in parliament, Smer MP Robert Kaliňák said, "Apparently, under this cabinet, the siphoning off of funds has been proven in several important state orders of a rather big extent."

Independent MP Polka has highlighted the need for a new law on intelligence services, which should also deal with SIS hiring practices. He added that something would have to be done about the SIS compensation package, since the wages offered are not attracting qualified applicants.

In a section of the investigative report made public, the SIS indicated that the state's intelligence services agencies are "losing the ability to compete in the labour market, especially in Bratislava, in relation to highly qualified specialists" because private companies are offering such people substantially higher wages.

The new draft intelligence services law, which is the Defense Ministry's responsibility, is expected to be ready by the autumn of 2005, after which the respective parliamentary committees will discuss the draft.