THE WORLD Bank needs precise data on various countries' social situations to be able to assist them in shaping economic policies. In the same way, individual governments need to know about the social impacts of policy changes in order to make proper well-informed decisions. 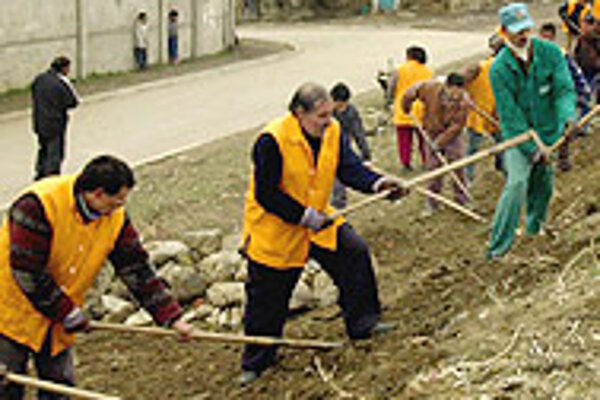 Font size:A-|A+0
THE WORLD Bank needs precise data on various countries' social situations to be able to assist them in shaping economic policies. In the same way, individual governments need to know about the social impacts of policy changes in order to make proper well-informed decisions.

For a long time, impact analysis was underestimated in Slovakia. Governments implemented policies based on imprecise data and continued to support them without knowing who was affected and by how much. But Anton Marcinčin, an economist with the World Bank, says that Slovak institutions have started to realize the value and the necessity of impact analysis. He says Slovakia is catching up with Western trends.

The Slovak Spectator sat down with Marcinčin to talk about Slovakia's burgeoning interest in analyses. He also revealed some of the findings. While the positives of Slovakia's economic and social reforms prevailed over the negatives, the changes were tough on the needy and uneducated.

The Slovak Spectator (TSS): The World Bank is providing Slovakia with a loan to develop a human resources system that would monitor the social situation and the labour market. Can you characterize this loan and explain why the World Bank decided to provide it?

Anton Marcinčin (AM): This loan is about policy making; it is directed at the institutional development of the Labour Ministry and the Education Ministry, so that they have the capacity to monitor the impact of their policies and use the feedback acquired to modify them. In a way, it is like a standard framework used by any common company: if you want to do things better, be sure to know what you are doing now.

The project will help the government modernize its systems of employment, education and social cohesion by developing an effective policy infrastructure to implement, manage and evaluate respective reforms within the ministries.

The project includes the creation of a framework within which policy making, and the design and implementation of the components of reform, can be coordinated in both ministries and associated institutions. One could imagine and expect that better information on the social consequences of different reforms would also increase the quality of public debate to the benefit of all tax payers.

The loan will also provide funds to improve the quality of human resources by preparing targeted recruitment strategies, investing into human resources and training the existing staff of the ministries - as well as the associated institutions - in policy and reform impact analysis. This loan component shall increase the chances that public institutions hire and keep high-quality staff. And - by the way - there is a precedent in Slovakia at the Finance Ministry, which was able to attract and maintain a high-quality staff, who are respected within both domestic and foreign community.

Let me say few words about the developments at the Finance Ministry. A few years ago, we provided [the Ministry] with a small loan of €5 million for the public finance management reform. Part of the reform was to establish and keep improving the management of public funds, but it was also to construct a system that would collect accurate and timely information and establish the communication links to get that information to the government and the citizens. In a democratic country, these are quite fundamental mechanisms, if we want to keep the government or particular public officials accountable.

TSS: Will the World Bank provide the monitoring methods, or will the individual Slovak institutions develop these methods on their own?

AM: Slovakia is our client, who is interested in developing the most effective and modern systems of management. It wants the best value for its money, and it certainly wants to build an up-to-date system. However, its knowledge on what it needs is rather limited - and that is natural, right? So what we can do for Slovakia is prepare a project that meets these objectives. We are able to offer a framework, a direction or a set of measures that should be taken. The next step is that particular ministries bring in experts who are familiar with the European system. These experts are chosen by the ministries through public tenders. If we are able to reach an agreement with the client, seeing that our involvement is reducing the poverty, we finance the project.

TSS: The World Bank mentioned that Slovakia's current process of monitoring the social situation is not fully satisfactory. What are the most serious shortcomings?

AM:The main problem is the data quality, if the samples were not biased towards any social group (or region, sector, etc...), if the data were collected accurately and if the disclosure policy allowed effective utilization of the data. I can see that demand for good data is rising and I can also see the positive reaction of the Statistical Office and the government. However, things seem to go slow sometimes, although, on a positive side, this is the first government that started using statistical data seriously. And probably the first parliament that required detailed impact analyses of different new legislations. Of course, pressure from the [European Commission] also plays a positive role here.

TSS: Are Slovak statistics good enough to accurately assess the social situation of the population?

AM: Perhaps you remember how the EC published two different rates of relative poverty in Slovakia, both quite different. While we have reasonably good data from labour force surveys (although missing wages are a pain), we do not have too much information on consumption of, for example, households headed by unemployed persons. And such households are very likely poor, so it would be of interest to see what is happening there. Then, we quite often hear about relative poverty in Slovakia, but we are more interested in absolute poverty. Let me explain: relative poverty measures your well-being relative to other Slovaks. Naturally, in every country, there are rich and poor people, and we have our bad experience with a society where all were equal and poor. On the other hand, absolute poverty attempts to draw some kind of absolute poverty line and calculate how many households fall below it. This is how we can measure extreme poverty, for example.

In 2001, in our report on living standards in Slovakia we concluded, that in terms of absolute poverty, the country was quite well off compared to its peers. This was measured on consumption below $4.30 (in purchasing parity) per day and per person. However, when a lower poverty line was used ($2.15), we discovered that packets of deep poverty were more frequent in Slovakia than in other comparable countries. This is why we are interested in observing the development of absolute poverty, because the action may be quite urgent there.

TSS: Will the World Bank prepare a study on the rate of poverty in Slovakia? If yes, when will the study be released?

AM: The current study on living standards should be completed within two months. We are quite happy to have had excellent collaboration with the Labour Ministry, Finance Ministry and Statistical Office. We try to investigate what happened on the labour market (labour market status being the most important factor of individual poverty), what could be the impact of social reforms on the poor, and how social statistics could be improved.

Recall that the macroeconomic situation in Slovakia has stabilized in the last few years. The business environment improved so much that our report Doing Business in 2005 called the country the top reformer and ranked it among top 20 business environments in the world. As a result of the reforms, foreign investors started building their plants in different regions of Slovakia. This is a very positive development - except the fact that unemployment remains high (and employment relatively low). And, as I have mentioned, we know that the unemployed face a higher risk of poverty.

Several social reforms have been implemented since 2002, which restructured social assistance benefits and family benefits in favour of those who actively search for a job, or have a job. New school assistance to children of the poor was introduced. We try to model and simulate the net real impact of these reforms on the incomes of different types of households.

On the other hand, we were also interested in the focus of state assistance - if money is not wasted on helping the rich. It may not make much sense to tax the rich, only to process the payments in the public administration and return what remains in some form of family benefit, for example.

In contrast to some popular notions, Slovakia now lacks jobs especially for low-qualified workers, rather than high-qualified labour. Those with elementary education face 51 percent probability of unemployment, and some 39 percent probability of long-term unemployment (more than one year without a job). As the country is moving towards more sophisticated production and services, education is becoming a real asset.