Tune in to the ivory keyboard

WHEN piano virtuoso Marián Lapšanský was appointed head of the Slovak Philharmonic last year, he found he had to cut down on his own performances. In every cloud lies a silver lining and Lapšanský found that he was able to devote more time to nurturing others' talents. 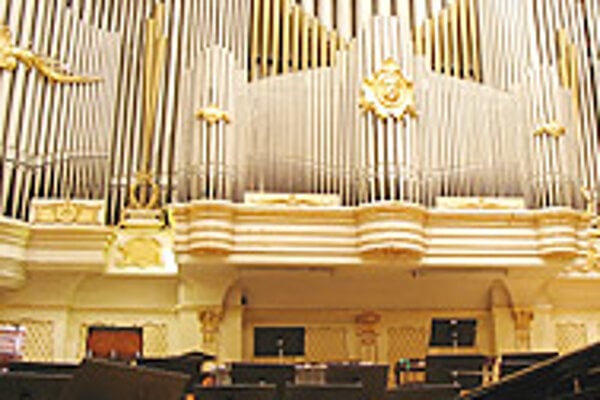 Font size:A-|A+0
WHEN piano virtuoso Marián Lapšanský was appointed head of the Slovak Philharmonic last year, he found he had to cut down on his own performances. In every cloud lies a silver lining and Lapšanský found that he was able to devote more time to nurturing others' talents.

One celebration of music he wanted to concentrate more time on was the International Johann Nepomuk Hummel Piano Competition in Bratislava, an event Lapšanský started back in 1991.

"I could feel that such an event was missing in Slovakia," said Lapšanský, who had played with the idea of starting such a competition as far back as 1988. Thanks to his countless travels abroad and jury memberships at international competitions, he possessed the necessary knowledge and contacts to start such a venture.

The concept behind the triennial competition is to spread the message of a pianist and composer who, in his time, was ranked among the top flight in Europe - Bratislava native Johann Hummel (1778-1837).

Lapšanský is also using the competition to showcase different piano trends from around the world in the Slovak capital.

The competition is an opportunity to gather local young people together and give them the opportunity to listen to different styles of piano playing, exchange skills with the best and compare developments in music. And all without spending a crown on travel!

Pianists from Japan, Korea, Canada, the US and various European countries regularly take part in the competition. This year Bratislava will welcome up to 40 pianists from 17 countries. Between May 29 and June 5 an international jury of important pianists and music pedagogues will judge their technical skills, expressive styles and how they imbue their performances with their individual personalities.

The age limit for entry is 32 and the competition's programme is designed to be demanding and attract the world's elite professional pianists. As well as Chopin's Impromptu, Lizt's etudes and Mozart's sonatas, competitors will also face the challenge of playing pieces by Slovak composers.

Hummel's works are of course played regularly on the world piano circuit, but internationally lesser-known Slovak composers such as Ján Cikker are also on the programme of composers.

This year the organizers have come up with a special treat for the Bratislava audience.

"The audience will get to hear an original composition by Jevgenij Iršai, a composer of Russian origin who lives in Slovakia. He created the work especially for the contest and it will receive multi-premiere performances," Lapšanský revealed.

The Hummel competition is the only happening in Slovakia included in the World Federation of International Music Competitions in Geneva, which groups together the most significant music competitions.

Throughout the history of the Bratislava competition it had promoted several Slovak as well as foreign piano talents. From the array of Slovak talent Lapšanský cites Marcel Štefko, Tomáš Nemec, Jordana Palovičová and Dušan Šujan.

"Obviously, lots of foreign musicians have won the competition's prizes. I continue to encounter them at concert stages around the world. What pleases me is that many have incorporated Hummel's works into their repertoires. So Hummel can be heard not only in Slovakia but also in America and Japan," said the Slovak virtuoso, who, despite his tight schedule can be seen playing the piano on stages in Poland, the Czech Republic, Germany, France and the US in the foreseeable future.