In a short interview with The Slovak Spectator, the head of the Slovak Philharmonic, Marián Lapšanský, talks about young piano virtuosos and popular culture. 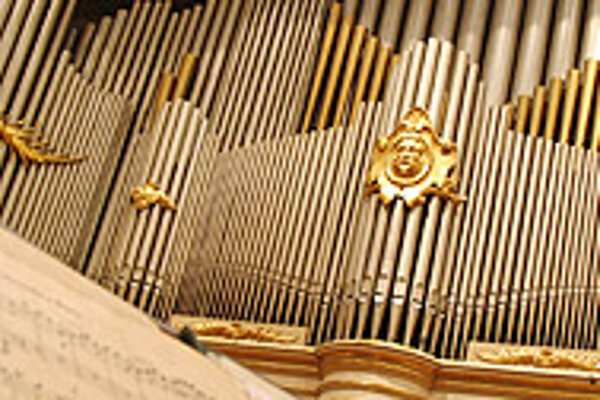 Font size:A-|A+0
In a short interview with The Slovak Spectator, the head of the Slovak Philharmonic, Marián Lapšanský, talks about young piano virtuosos and popular culture.

The Slovak Spectator (TSS): How strong is the current generation of Slovak pianists?

Marián Lapšanský (ML): Time will tell. They are well prepared and have more opportunities to prepare than previous generations. The door to abroad is open - most of our students go on foreign stays and take part in exchanges. But as the number of opportunities rise, so does the competition. Students are under greater pressure. In this sense it's more difficult to equip oneself well.

ML: Yes. They are more competent with regard to technical skills. Their repertoire is wider, they are able to encompass more, and are familiar with various styles very early on - from Baroque to classicism to contemporary. They are more versatile.

TSS: As a piano virtuoso, do you have the feeling you can learn from them?

ML: Ever since I started teaching I have learned a lot. Teaching music is not a sequence of instructions, it's a dialogue - a dialogue about a creative process that can develop and interlace in many ways. Since the time I began teaching I have played better.

TSS: Richard Rikkon made the piano popular with the general public through the SuperStar television programme. Did it help your competition in any way?

ML: No, I don't think so. Richard is great in the genre he introduced himself in the show. But he also studied classical music at university, where he underwent traditional music training. He reached a plateau at university and decided to follow the genre in which he feels most at home. I heard some of his performances and in this sense he is great. However, he has no influence on the pianists playing classical music.

TSS: What about the audience? Do you not fear the crowds will be too much for the philharmonic?

ML: No, no... Classical music is a minority art. We are happy when new people come. For this we design special events within the philharmonic's activities. We can feel that the audience is getting older and younger people turn in the direction Richard has. It makes us sad, a bit, but art offers a large scale of possibilities.

Moreover, piano sounds great whatever one plays on it - whether it's popular music, jazz or Beethoven. The more people get to know it, even through popular music; it's good for the instrument and the music written for it.