ON MAY 26, the Pontis Foundation held its fifth Via Bona Slovakia award ceremony, honouring charitable companies and individuals that form non-commercial cooperation with NGOs. 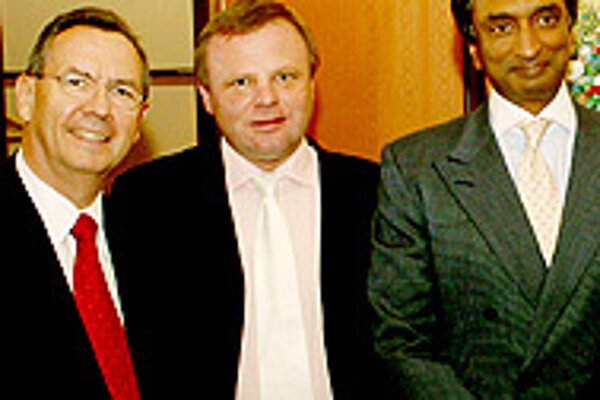 Font size:A-|A+0
ON MAY 26, the Pontis Foundation held its fifth Via Bona Slovakia award ceremony, honouring charitable companies and individuals that form non-commercial cooperation with NGOs.

The Manna Agency and mobile operator Orange received the main awards in the categories of small and big companies, respectively. Both were awarded for their responsible business strategies. Shell Slovakia received the prize for long-term partnership, thanks to its project supporting the micro-businesses of disadvantaged women.

One of the honorary acknowledgements went to Milan Filo, a businessman who supported the construction of an operation tract in a hospital in Southern Sudan. The other went to Trend weekly for media input. Slovak Telecom received a prize for socially responsible cooperation between the private and public sectors.

The Via Bona Slovakia Award was established in 1998 to honour outstanding examples of corporate citizenship by Slovak business people and companies for philanthropic work within their communities.

The main goal of the award is to motivate corporations and individuals to support charitable and public benefit activities in their communities, education, the protection of human rights, environmental protection, social assistance and the protection of cultural heritage and traditions.

The Pontis Foundation was established in 1997 as a successor to the American Foundation for a Civil Society.