SLOVAKIA's major fixed-line telecommunications operator, Slovak Telecom (ST), refuses to acknowledge the fine that the Slovak Antitrust Office has imposed on the company for what it calls "an abuse of the dominant market position". 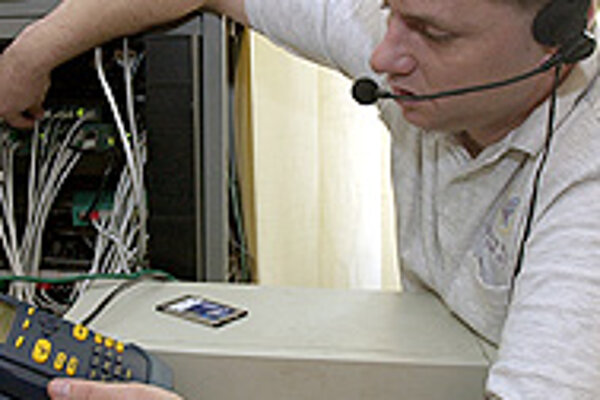 Font size:A-|A+0
SLOVAKIA's major fixed-line telecommunications operator, Slovak Telecom (ST), refuses to acknowledge the fine that the Slovak Antitrust Office has imposed on the company for what it calls "an abuse of the dominant market position".

The antitrust office fined Slovak Telecom Sk885 million (€22.6 million) for failing to provide its competitors, particularly Internet service providers, access to local loops, often referred to as "the last mile", of which ST has sole ownership. The fine is the heaviest one levied against a firm in the history of the antitrust authority.

Slovak Telecom disagrees with the antitrust office that it is obliged to provide access to its loops. The company intends to wait for the Slovak Telecommunications Office (TÚ) to handle its appeal in a previous anti-monopoly case before taking action.

In March, the TÚ designated Slovak Telecom (ST) as a major provider on the wholesale market in local loop unbundling (LLU) and obliged the company to take measures to promote efficient competition and development on the internal market. Slovak Telecom appealed decision, but the regulatory body is likely to uphold the decision.

Slovak Telecom President Miroslav Majoroš told the press that until now, ST has not had any obligation to free serving lines, thus the fine is groundless.

"According to the European legal system that is a part of the Slovak legal system too, obligation to free serving lines has to be given via the national regulator, which is the Slovak Telecommunications Office and not the Slovak Antitrust Office," Majoroš told the news agency TASR.

ST officials confirmed that the company would appeal the antitrust office's decision in due time.

The company, which is 49-percent owned by the state, is determined to publicize its case with the European Commission and the International Professional Association, as well as the relevant Slovak public and political officials.

If the case is not taking the course ST hopes for, the fixed-line operator will take its appeal to the country's supreme and constitutional courts.

"We stand firmly behind our decision. We do have the authority to take a stand over this problem. Our attitude is based on the case from 2001, when the office issued its first decision pertaining to the problem, and this decision was upheld by the Supreme Court," antitrust office spokesperson Miroslav Jurkovič told The Slovak Spectator.

The antitrust office is obliging Slovak Telecom to offer its competitors access to the local loops, which would connect households and companies with ST's network within 60 days.

Majoroš claims that ST is preparing an offer for operators, adding that the loops might be free by fall.

Though the market has been liberalized for years and alternative fixed-line operators have been trying to break into the market for several years to compete on equal terms with Slovak Telecom, many say that actual liberalization is only just beginning.

While a law on the statute books since 2000 obliges Slovak Telecom to rent its local loops, alternative operators say that the antitrust office's decision and corresponding fine marks the real start of the liberalization process.

Despite the existence of the liberalization legislation, neither the Slovak Antitrust Office nor the Telecommunications Office has the authority to enforce it.