Fresh ideas for an old nation

SOMETIMES it takes a nation several generations to change its way of thinking. Luckily for the Slovak tourist industry, the country's young people are taking an interest in promoting Slovakia. 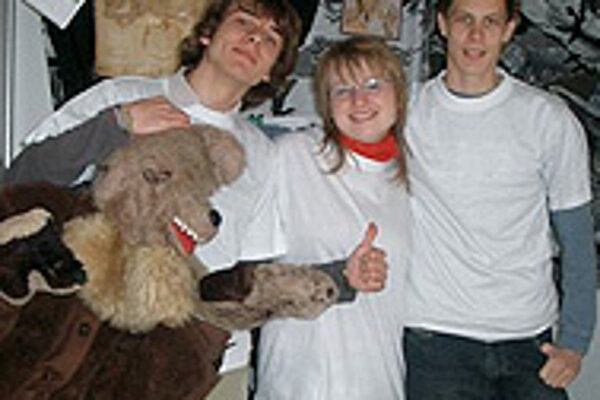 Font size:A-|A+0
SOMETIMES it takes a nation several generations to change its way of thinking. Luckily for the Slovak tourist industry, the country's young people are taking an interest in promoting Slovakia.

Junior Achievement Slovakia, a non-profit organization dedicated to Slovakia's youth, understands that Slovak teenagers care about attracting tourists. With the NGO's support, perhaps it won't be too long before Slovakia provides tourists with high-quality services.

In an effort to give the nation's 14 to 16 year olds a chance to turn their tourism-related ideas into a reality, Junior Achievement Slovakia came up with "Travel & Tourism Business". As part of its educational programme, the organization sponsors two annual contests. While one of them encourages individuals to compete for prizes, the other attracts teams.

"In 'My Idea for the Region' [contest for individuals], our aim is to help young people gain experience developing their own projects and at the same time practice their presentation skills before professional jury and their peers," Adam Šepetka, programme manager for Junior Achievement Slovensko, told The Slovak Spectator.

"For 'Welcome to our Region' [team contest]," he continued, "students not only investigate the cultural, historical and natural wonders of their region but also develop their communications skills. They have to work as team members as well as explain their projects to a jury and visitors."

According to Šepetka, interested students spend eight months on average exploring their region from a tourist's point of view. Based on their findings, they come up with ideas to develop tourism in their region, as well as increase its visibility.

"The contests are a great opportunity for kids to show their creativity," he said.

The 2004-2005 contests drew 91 students from around Slovakia. In Košice on May 10 and May 11, students formally presented their ideas to a jury, consisting of business professionals, such as Jana Končeková from the American Chamber of Commerce and Martin Hézsely from the Information Centre of Košice.

High school student Veronika Husárová from the Business Academy in Levice convinced the jury that she deserved first place in the individual category. Her project took advantage of an old, abandoned family house in the southern Slovak village of Zbrojníky, which she imaginatively transformed into a summer camp for children.

Included in Veronika's programme were educational trips to nearby villages where children would be exposed to traditional folk crafts and the Slovaks devoted to them. A financial budget and list of proposed supervisors turned her idea into a potential reality. Village representatives are now reviewing her prize-winning idea.

According to Ivica Forrová, a marketing manager at Junior Achievement Slovakia, cities and villages are often interested in the results of the students' projects.

"Mayors and business people are, of course, interested in finding solutions to shortages in their tourism services. Last year, students developed a CD featuring Krompachy, which the town decided to use in its promotional material. They were inspired by the students' ideas," she said.