EVERY year in June, the spa town of Trenčianske Teplice draws moviegoers from around the country to watch the latest in independent, quality-driven cinema. The 13th annual Art Film Festival celebrates productions that do not always make it to ordinary distribution channels. 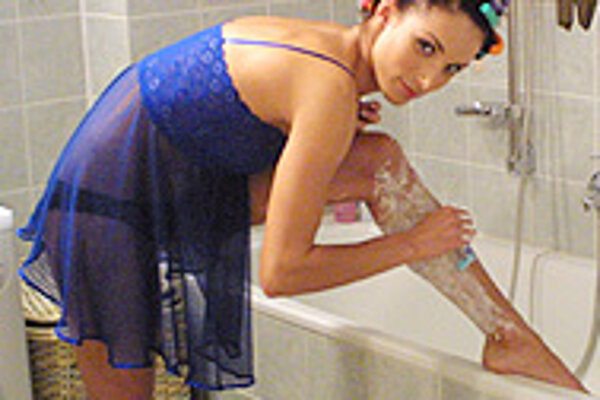 Font size:A-|A+0
EVERY year in June, the spa town of Trenčianske Teplice draws moviegoers from around the country to watch the latest in independent, quality-driven cinema. The 13th annual Art Film Festival celebrates productions that do not always make it to ordinary distribution channels.

This year's festival opens June 17 with Román pro ženy (Novel for Women), a new film by well-known Czech director Filip Renč. Over the next eight days, the festival will screen 160 films from 30 countries. Several directors will introduce their works personally and remain after the screening to field questions.

Dagmar Veškrnová-Havlová, a Czech ex-actress (and the wife of former Czech and Czechoslovak president Václav Havel), is one of three recipients of the Actor's Mission award this year, a prize recognizing an actor's contribution to film.

"The Art Film Festival would like to recognize the masterful acting of Dagmar Havlová, demonstrated in 50 film roles and 200 television roles," said Peter Hledík, the festival's art director. The names of the other two recipients have not yet been revealed.

On July 18, according to festival tradition, Veškrnová-Havlová will add her name to Trenčianske Teplice's "Bridge of Fame" by mounting a brass plaque. That same day the festival will screen Juraj Herz's Holky z porcelánu (Porcelain Girls), one of the movies in which Veškrnová-Havlová solidified her legendary place in film history.

Ten films are competing for the festival's main prize - the Blue Angel award - in the Art Fiction category. Nearly 60 other films will compete in Artefacts and On the Road categories. An international jury headed by notable Russian poet, writer and screenwriter Jevgenij Jevtušenko will decide the winners.

A series of World War II movies, including the Oscar-nominated Der Untergang, a historical account of Adolf Hitler's last days, and Our Own, which won last year's Moscow Film Festival, recognizes 60 years since the end of the war.

The festival will also screen special projects. As part of Balt!, there will be a screening of contemporary Lithuanian, Latvian and Estonian cinema. Homage to Marcello Mastroianni will remember the deceased legendary actor. Slovak Season will introduce films made by Slovak filmmakers living and working abroad. A new section, 50 Years Ago, will look back at the most important films since 1955.

"I think I have slightly helped to initiate this retrospective," Milan Lasica, the popular humorist and the festival's new director, told TV Markíza, a Slovak television station. He confessed he looks forward to watching the "good old films".

The increasing interest in art films has caused the Art Film Festival to expand to nearby Trenčín. A shuttle will assure easy transport between the two towns.

All movies will be screened in the original version with Slovak and English subtitles or translation. For more information on the festival please visit www.artfilm.sk (also in English).