ART Pannonia, an international art fair held in Austria, recently set sail for new shores. Between June 2 and 5, it anchored in Slovakia's capital, on a mission to reach shoppers at the Aupark shopping mall. 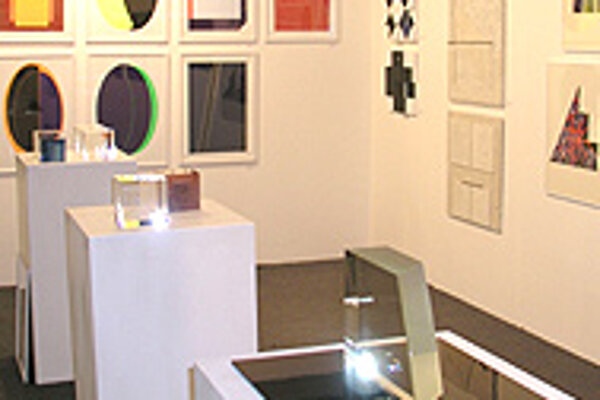 Font size:A-|A+0
ART Pannonia, an international art fair held in Austria, recently set sail for new shores. Between June 2 and 5, it anchored in Slovakia's capital, on a mission to reach shoppers at the Aupark shopping mall.

"It's a commercial space full of people, who clearly have enough money to invest in art," explained Peter Sokol, president of the National Association of Galleries, Museums and Antiques, which helped organize the event.

Following in Art Pannonia's footsteps is Art Bratislava, a fair now in its sixth year, which aims to enhance cultural exchanges within Central-Eastern Europe and promote art to the general public. The Slovak capital aspires to become a new "cultural bridge" in this region, stimulating impulses for art lovers.

Art Bratislava was opened by Bratislava's district mayors and the newly appointed Swiss ambassador to Slovakia, Josef Aregger, whose compatriot artists put together an exhibition especially for the event. Around 20 galleries from Slovakia, Austria, Germany and Switzerland contributed their top artists' collections.

"It represents three generations of work, certain touchstones of post-war art in Switzerland," said Pavel Schmidt, one of the exhibiting Swiss artists, who happens to have Slovak roots. "There is Daniel Spoerri and Alfonso Hüppi, whom I have admired since I was a young student. Later, I got to know Paul Wiedmer, who will soon turn 60, Schang Hutter and two others my age - Christoph Rihs and Res Ingold."

Bratislava introduced itself through the Komart Gallery and Milan Dobeš Museum, two institutions cooperating closely on promoting constructivism in art; the Nova Gallery, which emphasizes artists of the Cigler Glass School; and the Space Gallery among others. The Darte auction house and Andy Warhol Museum of Modern Art in Eastern Slovakia brought along works by the famous pop artist.

The fair's organisers chose Bratislava for its progressiveness, mainly in the economic sphere, even though the city's never organised an art event of this degree. Ex-Culture Minister Ladislav Snopko explained that auction houses and private galleries have been the true force behind this newly embedded tradition of purchasing art.

"Fairs, especially of international character, have been missing here. That's why initiatives like Art Bratislava are so needed," Snopko said.

The future, however, will show what effect the low turnout for the event will have on the new venue's longevity.