DARTE, an auction house in Prešov, is holding its quarterly auction in June. Artwork by Slovak modernists Ján Alexy, Martin Benka and Miloš Alexander Bazovský will be on offer, as well as four originals by Andy Warhol. 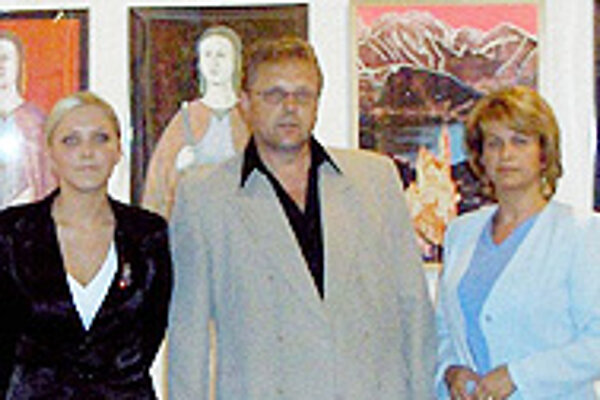 DARTE, an auction house in Prešov, is holding its quarterly auction in June. Artwork by Slovak modernists Ján Alexy, Martin Benka and Miloš Alexander Bazovský will be on offer, as well as four originals by Andy Warhol.

Auctioneers say that opening bids for several antique treasures will be lower than usual, since Darte hopes to keep them within Slovakia.

Founded in December of last year, Darte was established as a centre for art investors living in the eastern corners of the country. According to Kamil Benetin, one of Darte's directors, art collectors in the eastern part of the country found themselves limited by geography.

"If art collectors in Eastern Slovakia wanted to buy or sell, they would have to travel to Bratislava, which was timely and [in cases of large pieces] technically demanding," he said.

With the establishment of Darte in Prešov, investors no longer have to make the 450-kilometre trip to Bratislava to buy and sell. After hosting its first auction in March, Darte started attracting interest from collectors in the central and western regions of Slovakia as well.

"Slovakia is small," said Benetin, "so naturally, after our first auction, collectors from other regions started to bring their works to us as well. We can now say that we offer art from the entire Slovakia."

Darte's speciality is Andy Warhol, whose roots are found in Eastern Slovakia. The upcoming June 19 auction will culminate with four originals of the famed pop artist delivered by the New York's Andy Warhol Foundation.

"After years, we are pulling Warhol back to Slovakia," said another Darte director, Jaroslav Krajňák. Darte sold a dozen Warhol works during the recent Art Bratislava fair.

Among the works on offer at the June 19 auction is a baroque painting from 1720, which is starting at Sk1 million (€25,000). After having it analysed by experts in Slovakia and France, Darte says the piece likely comes from Peter Paul Rubens' Flemish school.

"We realise that such works can still be found in Slovakia and that owners are often not aware what [treasure] they actually possess," said Benetin.

According to Darte, if the baroque piece was being auctioned in Austria or Switzerland, the opening bid would be some eight times higher.

By adjusting prices to local conditions, Darte auctioneers say they want the works to stay within Slovakia.

"It's a cultural heritage of our region. We don't want it exported," Benetin said.

The Darte auction opens June 19 with bidding starting 15:00 at the PKO Čierny orol in Prešov. Collectors can see the preview the works at 12:00 at the venue on the day of the auction, or browse the auction catalogue at www.dartesro.sk.

VISITORS to the Slovak National Museum's winter garden on June 13 can preview artwork to be auctioned off on July 14 by Bratislava's SOGA auction house.

Bidding for pieces at SOGA's 58th summer auction will start at 17:00.

The Slovak National Museum is located at Vajanského 2, Bratislava. For more information on the auction, please visit www.soga.sk.