From the cabinet of antiquities

COLLECTING, which has been going on for more than 2,000 years, is undoubtedly one of the world's oldest artistic activities. The desire to acquire beautiful, valuable, and unusual things has reflected the uniqueness, wealth, or good taste of its owner. 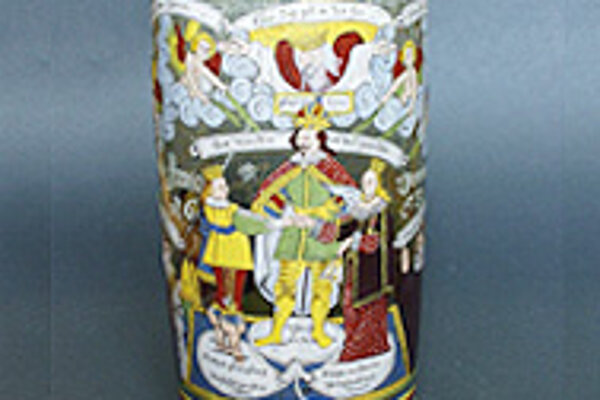 Font size:A-|A+0
COLLECTING, which has been going on for more than 2,000 years, is undoubtedly one of the world's oldest artistic activities. The desire to acquire beautiful, valuable, and unusual things has reflected the uniqueness, wealth, or good taste of its owner.

Good taste used to be defined by art philosophy, and was closely connected to art trading, exhibitions, art appreciation and critiques, and literature. Starting June 15, part of a collection that belonged to well-known Czech collector Rudolf Just (1895-1972) will be on display at Bratislava Castle under the title From the Cabinet of Antiquities.

Interestingly, the life of this significant collector is no less remarkable than the objects in his collection. Collector Just was a successful businessman, who started gathering his pieces in 1920-1930's. He stopped during World War II, when he was arrested and sent to a work camp in Kleinstein, near Opole. He eventually managed to escape the camp and arrived in Prague in March 1945.

Just never hesitated to risk his life for his treasured collection, which, in 1946, was appraised at 305,000 Czechoslovak crowns. The relative freedom of the 1960's enabled him to travel abroad, publish in journals, and meet experts from Western Europe.

The end of the socialist regime, however, did not mean the end of a troubled destiny for his collection. Less than 20 years after Just died in 1972, thieves stole part of the collection while family members sold other bits and pieces . In 2001, 55 years after its appraisal, London's Sotheby's auction house sold remaining pieces of the collection for just 1.5 million pounds.

Rudolf Just also inspired well-known writer Bruce Chatwin, the author of the novel Utz, who met Just in Prague in 1967. In 1991, George Sluizer directed a movie based on the novel, which won the Berlin Film Festival in 1992.

The Cabinet of Antiquities exhibition will run on the second floor of Bratislava Castle from June 15 - November 20.