A meeting of minds

Switzerland has mounted a big promotional campaign, making it the most visible foreign country in Slovakia this month. Swiss Ambassador Josef Aregger says that being at the centre of Europe, but not a EU member, means Switzerland has to make an effort to remind Slovaks of the links between the two countries. 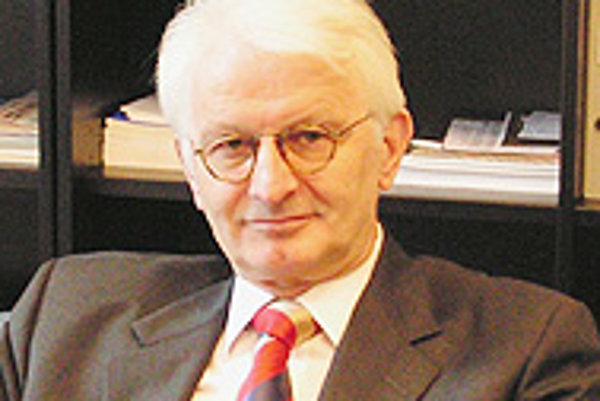 Font size:A-|A+0
Switzerland has mounted a big promotional campaign, making it the most visible foreign country in Slovakia this month. Swiss Ambassador Josef Aregger says that being at the centre of Europe, but not a EU member, means Switzerland has to make an effort to remind Slovaks of the links between the two countries.

The Slovak Spectator spoke to the ambassador about the economic prospects for Swiss business in Slovakia, and the cultural similarities that mean the two countries are much closer than the map may indicate.

The Slovak Spectator (TSS): Slovakia has tuned its economy to attract foreign investments. Has the investment potential between Slovakia and Switzerland been fully explored?

There is considerable activity. However, I see one of my major tasks as attracting more investors.

Nevertheless, I must say that Switzerland is essentially a country of small- and medium-sized enterprises (SMEs) and the Slovak government has tuned its business policies to attract big investments right now.

I can very well understand the impulses, as the big investors can create a large number of jobs. Also, SMEs mostly follow the big investments.

Some Swiss SMEs are already here. I am always surprised to detect these small businesses. A single Swiss businessman who has been here for 10 years has invested CHF750,000 (€488,000) and his business has been favourably developing on the Slovak market.

TSS: What do the Swiss investors find the most attractive about Slovakia's investment environment? What are the factors that in your opinion could put foreign investors off?

JA: Swiss investors appreciate what most businesses seem to like about Slovakia: the tax system, low cost of the well-educated labour and competitive land prices. The geographical location is also very attractive as there are many possibilities to go East from here.

Besides, people here are truly European and their mentality is very close to ours. My impression is that I understand the people and their thinking is not so different from ours. Certainly, 40 years of Communism has left its marks, but they are things that can be crossed. Sometimes things do happen that make you think: well this phenomenon is a "memento" of the Communist system.

Some bureaucratic obstacles and corruption remain problems to overcome, along with court delays. But generally speaking, Slovakia's cultural climate is really close to ours.

TSS: Many have stressed that investment should be a two-way street. Some Slovak firms have become strong enough to start investing abroad. Is the Swiss business environment friendly to foreign investments? Do Slovak firms have opportunities to do business in Switzerland? What are the potential spheres?

JA: I think there is a potential for Slovak firms. Switzerland certainly is a rather investment-convenient place because it offers a dense infrastructure of businesses. Many US companies have their headquarters in Switzerland for the EU market. It is not only the tax climate, but also that Switzerland is an international centre for business that is well connected to the whole world.

The spheres that are open to foreign investments are the hi-tech and services areas and of course banking, as well as certain parts of the health sector.

Slovaks are developing their wine culture well but I still see an urgent need to improve the marketing strategies. My immediate observation is that Slovakia has not yet learned how to effectively sell its products.

TSS: Slovakia has been making an effort to build a knowledge-based economy, as most of its existing investments have gone to the production sphere. Critics say that Slovakia needs to focus on higher added value investments.

JA: I think the economy will naturally move its focus to higher added value production. Even if you look at the car industry, the level of programmes introduced here suggests that a hi-tech and a knowledge-based economy will very soon have a reasonable share in the economic life of this country.

TSS: After 12 years, Pro Helvetia ended its operations in Slovakia. What successor programmes will carry the cultural cooperation further?

JA: After 1989, the Swiss parliament allocated money to develop and refine relations with central European countries and assist their transition from socialism to capitalism as well as help cultural development. The money was used to make sure that cultural life would find its place in these new democratic societies. In the first years we tried to support mainly cultural institutions, often alternative ones.

Now that Slovakia has become a normal democratic European country, Pro Helvetia closed down its channels since it has never been its practice to spread its antennas all over the world. We closed down the antenna hoping that the relations Pro Helvetia built up between Zurich and the Slovak cultural institutions would remain functional. The Swiss Embassy will continue to nourish these links.

TSS: Your embassy organized Swiss Month, which turned Switzerland into the most visible country in Bratislava for at least one month. What was the main inspiration behind organizing the Swiss Month?

JA: It may not have any long-term impact, but we at the embassy here felt we needed to bring Switzerland a little bit closer to Slovakia.

Slovakia has joined the EU and it is quite natural that this country, its government and its people, are concentrating on Brussels and the 24 other members. In such a situation, a country that is at the centre of Europe, but does not belong to the EU, has to make some effort to remind a country like Slovakia of the links that the two countries have.

Switzerland is very much integrated into European economic life and in some respects we are one of the most European countries. Therefore, we wanted to show Switzerland in all its variety, trying to bring culture, tourism and economic issues closer to the Slovaks to cement relations between the two countries.

After the split of the Czechoslovak Federation it took us six years to set up our own embassy in Bratislava. From 1993 to 1999 we basically maintained diplomatic relations through our embassy in Vienna.

TSS: The Swiss community in Slovakia is very small but an active one. Last year the first Swiss Club was established. What are the activities and the focus of the club?

JA: Swiss clubs are usually private social clubs. All who want to keep their links with Switzerland alive and close come to the club.

While it is a very normal social club with about 80 members of the 200 Swiss people living here, it also has an impact on the business sphere. If not directly, there is an indirect impact as the club members inform each other about their business activities. However, there is a Swiss-Slovak Chamber of Commerce to promote business ties between Slovakia and Switzerland.

TSS: Do you see Slovakia as a possible tourist destination for Swiss people? Do you feel that Slovakia has done a good job in promoting tourist opportunities abroad?

JA: No, it has not yet done enough. Tourism in Slovakia will very much depend on the development of infrastructure. The potential is there: a beautiful landscape, lots of spas spread all over the country, skiing, climbing opportunities and culturally interesting destinations. Slovakia could also develop biking tourism.

However, it will certainly take some time until this country will attract tourists in big numbers. There would be room for cooperating with Switzerland. We could look at all the opportunities that are out there.

TSS: Do you feel that Slovak and Swiss people know enough about each?

JA: The Slovaks know quite a bit about Switzerland, but the Swiss do not really know enough about Slovakia. Though it should be a two-way street. When it comes to my compatriots, they need to come here and see more to become more interested in Slovakia.

Swiss people do travel a lot though. I do not know whether we are world champions in travelling but certainly tourism is a passion. However, the Swiss are more likely to choose Prague as a destination because for them it is a more visible city.

Once they are told that it is worth going further East they will do so. I did not know about the beautiful town of Levoča until I came here.

TSS: The Swiss Embassy has also been involved in establishing the Centre for Nuclear Safety (CENS). The ambition was to create an independent regional body to provide expertise for checking the security of nuclear power stations. What are the local and international responses to the operation of CENS?

JA: The centre has existed for about three years. Its aim is to provide services to nuclear security agencies of central and eastern European countries. This purpose has been achieved to a certain extent and now we have to decide how the centre will be financed in the future. We are exploring whether the countries that use the services are willing to contribute to its functioning.

Currently, Switzerland is one of the main contributors. The ideal situation would be for more countries to contribute and determine whether the centre could sell its services and thus generate a profit.