THIS MONTH is Swiss month in Bratislava. To celebrate, various Swiss institutions, including the Swiss Ministry of Foreign Affairs and the Swiss Embassy, teamed up with local Swiss businesses to give Slovaks a small taste of Switzerland. 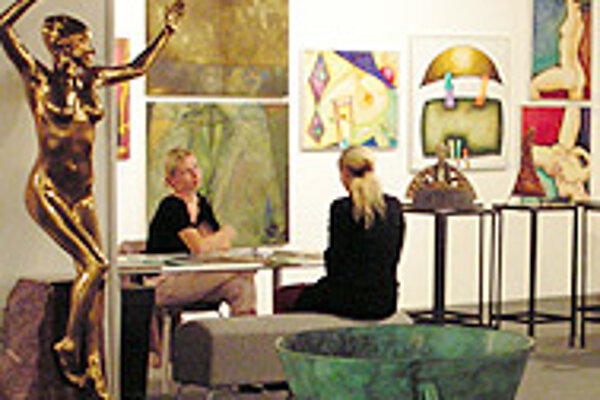 Font size:A-|A+0
THIS MONTH is Swiss month in Bratislava. To celebrate, various Swiss institutions, including the Swiss Ministry of Foreign Affairs and the Swiss Embassy, teamed up with local Swiss businesses to give Slovaks a small taste of Switzerland.

Although the programme is nearly over, there is still time to catch one or two events. The June 29 opening of a sculpture exhibition at Zichy's Palace on Ventúrska Street, for example, will be featuring works by four Swiss sculptors: Paul Wiedmer, Christoph Rihs, Pavel Schmidt and Daniel Spoerri.

If art is not your idea of fun, head over to the Radisson SAS Carlton Hotel. During the entire month of June, the hotel has more than 10 Swiss culinary specialties on offer. After you eat your fill, check out the photography exhibit (June 20 - 27) on Switzerland's most famous humanitarian organization, the Red Cross.

Swiss representatives hosted a business workshop on trade and cooperation between Switzerland and Slovakia. During June, the Swiss tourism industry was touted as well. For seven days starting on June 13, representatives from the Canton of Valais presented Slovaks with special wines and cheeses from the region, as well as educated them on the tourism opportunities there.