ALTHOUGH Switzerland is not a top investor in Slovakia, it still ranks 11th in volume of investments. So far, investors from this small European country have put €325 million into Slovakia. 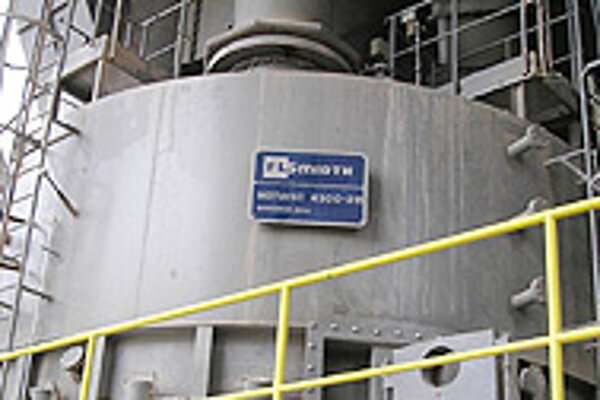 Font size:A-|A+0
ALTHOUGH Switzerland is not a top investor in Slovakia, it still ranks 11th in volume of investments. So far, investors from this small European country have put €325 million into Slovakia.

Swiss companies operating on the Slovak market include those in construction, telecommunications, pharmaceuticals, the glass industry and shoe manufacturing. The biggest, most established investors are Holcim, Delta Energy Systems, Rieker, Nestlé and Vetropack.

Holcim Slovensko, located in Rohožník in Western Slovakia, is the a producer of construction materials in Slovakia. It is a part of Holcim Group, one of the world's largest suppliers of cement, gravel and concrete. More than 48,000 people in more than 70 countries work for the group. In Slovakia, Holcim employed almost 700 workers at the end of 2004.

The cement market is focused on nearby territories due to high transportation costs, which is why Holcim Rohožník primarily serves Western Slovakia. A branch in Banská Bystrica covers Central Slovakia, while Holcim Wien in Vienna extends its reach to Austria. White cement, a unique product, is an exception to the regional rule: Holcim exports white cement to neighboring countries, mainly to Poland.

"Production capacities in the cement industry in Slovakia are double the current level of consumption, which is at 333 kilogrammes per person. We expect that Slovakia will increase its consumption to the level of developed European countries - 500 kilogrammes per person - by 2010. Holcim thus expects market growth in Slovakia in the forthcoming future," Mario Grassl, the sales and marketing director at Holcim Slovensko, told The Slovak Spectator.

One of Holcim Slovensko's most recent investments in Slovakia was the Swiss company's largest, reaching almost Sk2.5 billion (€60 million). The investment is in HotDisc, a facility that uses select waste materials as an alternative fuel for combustion in cement production. In the future, HotDisc may eliminate the company dependence on approximately 15,000 tonnes of coal.

Delta is a relative newcomer to Slovakia. Over the last three years it has transferred most of its production facilities from Germany to Slovakia. With Delta's new Asian owners, however, the success of the facilities in Slovakia will be measured against competition from the Far East.

"This means that further expansion [of Delta in Slovakia] depends on the ability of our Slovak operations to cope with this challenge. For some of our customers, we have already moved or will move production to our sister company in Thailand. For those customers that are primarily active in Europe, the production in Slovakia can still provide advantages," Daniel Heri told The Slovak Spectator. Heri is an executive at Delta Energy Systems Slovakia, and boss of the production plant in Nová Dubnica.

According to Jaroslav Emeljanov, the head of Delta's branch in Bratislava, which is the company's sales arm, his focus is on companies operating their own telecommunications networks.

"We can see that traditional operators are currently decreasing their investments because the main investments have been done. But we expect new investments in services oriented mainly toward data transmission. The liberalization of the telecommunication market brings new opportunities for alternative operators, particularly those whose business models focus mainly on providing Internet and data services," Emeljanov said.

Delta Systems seems happy with the business environment in Slovakia. However, company representatives indicate a lack of qualified engineers and technicians in Slovakia. Furthermore, bureaucratic hurdles add administrative costs, while the tender process needs improvement. The company says it faces an eventual increase in local labour costs but does not expect increased productivity to compensate for the hikes.

Rieker employed 205 workers at the end of 2004. Including its daughter companies - Euroobuv, Euro PU, Euro Montage, Váh Obuv - Rieker is responsible for 2,245 jobs in Slovakia.

Nestlé entered the Slovak market in the 1990s when the Swiss company bought local food producer Carpathia in Prievidza.

Nestlé Slovakia's sales surpassed Sk4.5 billion (€120 million) in 2004. More than two-thirds of its total production is exported to neighbouring countries, including the Czech Republic, Hungary, Poland, Croatia and other Baltic countries.

The largest producer of glass containers in Slovakia is Vetropack, based in Nemšová. During the first half of 2004, the Swiss company's sales reached Sk566 million (€14.73 million), a 10-percent year-on-year increase.

Currently, Vetropack employs 486 people. However, according to Vetropack's spokesperson, Naďa Dolejská, the company will have to lay off 80 people by the end of 2005. The reasons for the cutbacks are increased competition and the strengthening Slovak crown, she said.

Dolejská emphasized that Vetropack still considers Slovakia an important production location. The company thus wants to significantly invest in modernizing its local facilities, intending to spend hundreds of millions of crowns over the next two years.

SITA reports contributed to this article.