A DISTRICT court in Bratislava acquitted three former intelligence officers on trial for abusing their powers in the much-discussed wiretapping case of Slovakia's daily newspaper, SME. The prosecution immediately appealed the verdict. 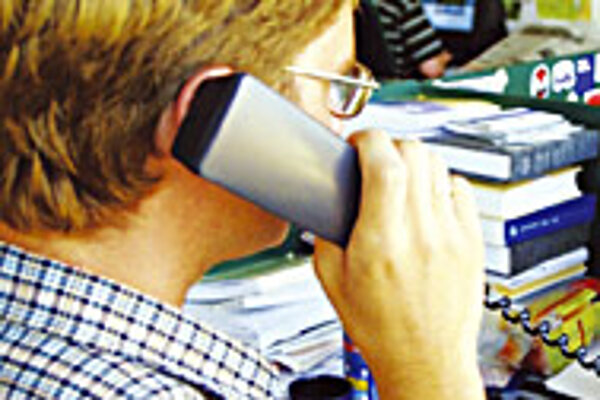 In his June 20 verdict, District Court II Judge Roman Farkaš found former Slovak Intelligence Service (SIS) officers Ľuboš K., Ľubomír L., and Milan B. not guilty. SIS spokesperson Vladimír Šimko told The Slovak Spectator: "We take note of the verdict but will not comment. We want to wait for the case to be closed [by the appeal court]."

The prosecution had argued that the SIS officers knowingly ignored defects in the agency's wiretapping system, which allowed SIS data to be leaked to the Interior Ministry. The three men were directly responsible for the technical operation of the SIS wiretapping system.

Judge Farkaš did not buy the argument, however, maintaining that the prosecution failed to prove that the former SIS officers did not try to remedy system defects.

"It has been well proven that the accused were attempting to repair defects on the wiretapping system," he said, according to the news agency TASR.

The case goes back to early 2003, when a transcript of a December 2002 phone interview between Rusko and a SME reporter was sent to Rusko. Originally it was suspected that someone had wiretapped the economy minister, who is also the head of a ruling coalition party, the New Citizen's Alliance (ANO). Further investigation revealed that it was the daily SME that was being targeted. The court did not confirm or deny this information.

The case caused the first clash between the ANO and its coalition partner, the Christian Democratic Movement (KDH). With the KDH's Vladimír Palko at the helm of the Interior Ministry, it was suspected that Rusko's interviews were leaked through the ministry's wiretapping system.

Milan M Šimečka, SME's editor-in-chief, said that he could "only rely on the judge's statements in this case". He doubts that the wiretapping systems of the SIS and the Interior Ministry are independent and is sceptical about the judge's impartiality.

"I have felt that there was not a real interest in bringing justice to this case," Šimečka said June 21.

In his reaction to the June 20 verdict, Minister Rusko was resigned to what he called "the strange camouflage" surrounding the case.

"We have not learned the truth about the essence of the problem and we will not find out in the future," he said.

Boris Ažaltovič, the Interior Ministry's spokesperson, said that the ministry did not change its previous stance on the case when it was blamed for having leaked or even produced the recordings.

In July of 2003, the prosecution accused the SIS of illegally tapping SME's phone system. This accusation was soon followed by the discovery that the prosecutors themselves were being illegally monitored during the investigation.

Some members of the prosecution team received recordings of conversations they had had on their mobile phones.

The investigation showed that the SIS monitored and recorded the calls of 11 members of the prosecution. These conversations were later uploaded to the Interior Ministry's system.

The Interior Ministry is reserving comments until the appeals process is finished, Ažaltiovič told The Slovak Spectator.

According to Šimko from the SIS, the intelligence agency has since taken several measures to prevent unauthorized uploads in the future.

Immediately after former SIS Director Vladimír Mitro stepped down and incoming Director Ladislav Pittner took over in early 2004, the SIS "took a series of measures - technical, organizational, and regime-related, in order to eliminate any arbitrary interference into the wiretapping system," Šimko said.