OVER the past five-and-a-half decades, the Office of the UN High Commissioner for Refugees has helped more than 50 million uprooted people worldwide to rebuild their lives. 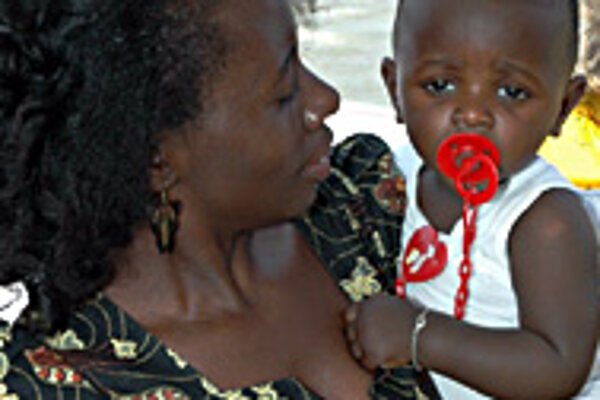 Font size:A-|A+0
OVER the past five-and-a-half decades, the Office of the UN High Commissioner for Refugees has helped more than 50 million uprooted people worldwide to rebuild their lives.

World Refugee Day helps the UNHCR to focus public attention on the reality of refugees in different countries of the world - the difficulties they face and the hopes they have for their new homes.

This year, the UNHCR chose "courage" as the theme of World Refugee Day on June 20th.

"In the last three years more than 30,000 people applied for asylum. Less than 60 have obtained it and nearly all moved to other EU countries," Pierfrancesco Maria Natta, the representative of UNHCR in Slovakia, said during an event marking World Refugee Day in Slovakia.

Natta explained that the low asylum rates confirms that Slovakia is a "transit country" that grants "temporary hospitality" but does not offer a "durable solution" to people in need of protection.

"This year, we have noticed a sharp decrease in arrivals (80 percent) and more people have been returned to Ukraine. This has concerned our office due to reports that some people were returned to Ukraine after they asked for asylum in Slovakia," Natta said.

According to Natta, another consideration is that probably many people have continued their journey to the Western European Union undetected.

They do this partly because of the introduction of the Dublin II regulation, which returns people to the first country in which they ask for asylum.

The UNHCR welcomes attempts by the Slovak authorities to improve the asylum system.

"The Task Force's final report, presented in the Parliamentary Commission on Human Rights, and the recent programme with the Swedish Migration Board, have made interesting recommendations that, if implemented, could certainly help the asylum system," Natta said.

The UNHCR believes that Slovakia is in a good position to signal for the need for a burden-sharing strategy that would reach a balance between EU border countries (which have less experience and resources) and those in the western European countries (which have fewer applicants but more economic resources and established, traditional refugee communities).

The aim of World Refugee Day is to involve locals in a wider public debate about the situation of refugees and their perception by the majority population.

UNHCR in Slovakia organized a range of events to mark the day, which included a press conference with the members of the Slovak parliament present, a beneficiary concert under the title "Artists to Refugees", an exhibition of drawings by asylum seekers, and a media information campaign.

"We are grateful that well-known Slovak singers also voiced their support for refugees. In the worldwide context, there are also such famous personalities as Angelina Jolie, Julien Clerc, Luciano Pavarotti and Georgio Armani making public appearances for the refugee cause," UNHCR spokesperson Mária Čierna told The Slovak Spectator.