IF you ask any school-aged kid whether vacations and learning go together they will most likely answer "No way". But why not let your child learn and have fun during this summer break? 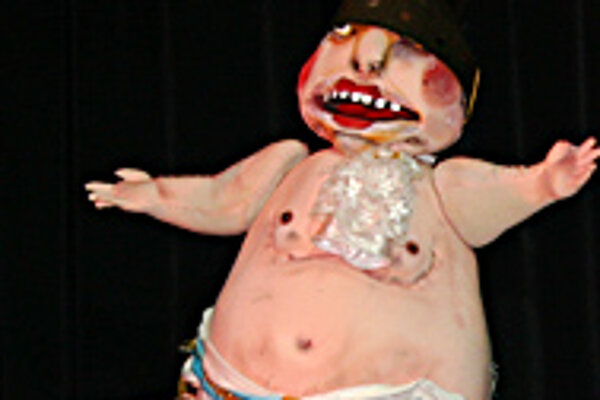 Font size:A-|A+0
IF you ask any school-aged kid whether vacations and learning go together they will most likely answer "No way". But why not let your child learn and have fun during this summer break?

The International Children's House Bibiana is providing just that opportunity in two exhibitions and the fifth annual International Alternative and Puppet Theatre for Children.

At Bibiana, children can develop their internal world through observation, play, creativity and imagination.

Glass is a limpid piece of the skies. To which we should bow.

Words from Slovak writer and poet Tomáš Janovic introduce you to an exhibition on glass called Fragile! The exhibition opened at Bibiana on May 20 and will continue until October 30

Fragile! is one of a series of exhibitions devoted to materials used in everyday life. Visitors have already had a chance to see exhibitions on paper, wood, and textiles.

The oldest preserved glass object is a little ball made 5,000 years ago. The exhibition maps the history of glass from that time until the present day, including glass objects used in outer space. Children will also discover a lot about glass in nature.

Even adults might be surprised to learn how glass is sometimes created spontaneously when lightening strikes sand on a beach.

"Glass is a fantastic material, made from sand, sodium carbonate [washing soda] and other components after it is heated to 1,800 degrees centigrade," said Eva Čárska, Bibiana's curator of material exhibitions.

"First it becomes liquid then hardens as it cools. A hard but at the same time transparent material is the result. The range of uses for glass is enormous," she added.

As if by magic children will be taken into the world of fairy tales. An exhibition called Magic suitcase, organized to celebrate the 200th anniversary of the birth of Hans Christian Andersen lasts until October 2.

Kids can try to guess the names of Andersen's fairy tales while watching scenes from the stories.

You see a sewing machine that sews but you cannot see what it sews. What's the fairy tale? (see answer below)

Although adult theatres are closed over the summer, Bibiana opens its doors for theatre performances and puppet shows for children.

Here are some of the events for children and their parents.

Theatre troupe Buchty a Loutky (Dumplings and Puppets) from the Czech Republic will open the festival on July 3 with a performance Čarodejnice (Witches) based on a horror story by Roald Dahl.

Budapest's Mikropodium troupe will perform Con Animo, the story of the creation of the world, in miniature. The troupe works with tiny, very flexible marionettes.

Bibiana will present Play Andersen, based on Andersen's The Puppet-Show man and connected with The Emperor's New Clothes and The Brave Tin Soldier, on July 24.

Children can see traditional African marionette theatre on July 31. The only actor is Danaye Kanlanfei, who performs Zando's stories and adventures.

(answer to question in the article: The Emperor's New Clothes)

(based on the ballad of Czech poet Karel Jaromír Erben)

(based on a folk fairy-tale)