EVERY year on July 4 Americans around the world celebrate Independence Day. In an interview with The Slovak Spectator, two Americans from different sides of the political divide, Jan Surotchak, chair of Friends of Slovakia and member of Republicans Abroad Slovakia, and Bill Quam of Democrats Abroad Slovakia, share their thoughts and feelings about this most important day in the American calendar, and its significance to Slovaks. 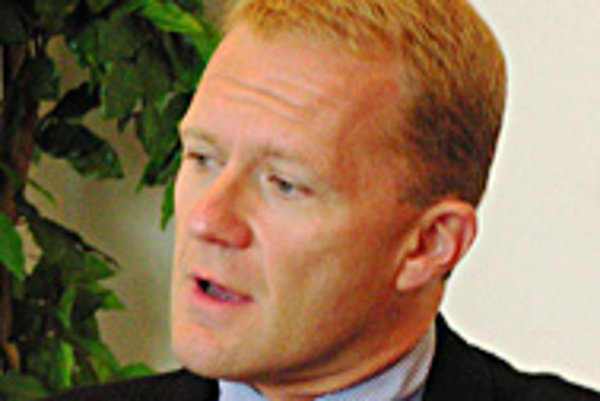 EVERY year on July 4 Americans around the world celebrate Independence Day. In an interview with The Slovak Spectator, two Americans from different sides of the political divide, Jan Surotchak, chair of Friends of Slovakia and member of Republicans Abroad Slovakia, and Bill Quam of Democrats Abroad Slovakia, share their thoughts and feelings about this most important day in the American calendar, and its significance to Slovaks.

Jan Surotchak (JS): Independence Day has been celebrated in every place I've ever been on July 4, usually with some sort of event connected with the American embassy or American Chamber of Commerce in a given city. As you know, we have a number of national holidays that bring Americans together throughout the year, but of the patriotic holidays, I think Independence Day is the most significant. It is, after all, a tradition that has lasted 229 years.

Bill Quam (BQ): In many ways the traditions of the Fourth of July are the most deeply rooted of any tradition in the American psyche. As we have travelled or lived outside the US for periods of time, most of us remember this day as a special day for all Americans, even if we do not always engage in the traditional or official celebration of the day. While travelling in Scotland one year I happened upon a traditional American Fourth of July party where I was the only American in attendance.

The main symbolism of the Fourth of July for us outside the US is the same as those who live in America, namely the flag. It does seem that there are those who have recently used the flag as a stern, strict symbol of only one aspect of America. Some of us are working in very pragmatic ways to show that the real strength of America lies in the diversity of each and every American. America is truly at its best when we find ways to celebrate this diversity and help others celebrate their own diversity, be it the Marshall Plan after World War II or the acceptance of European emigres during times of need.

Some of the lines from the poem on the Statute of Liberty sum it up the best:

"Not like the brazen giant of Greek fame, With conquering limbs astride from land to land."

And a more famous line:

"Give me your tired, your poor, Your huddled masses yearning to breathe free."

TSS: Do Slovaks in your opinion know what this date means for the United States and the Americans?

JS:In general, yes, in part because Slovaks understand what gaining independence means, since it happened so recently here, although the details of American history are probably a bit fuzzy to most people. There's a surprising lack of understanding all across Europe, I find, regarding the American Revolution and the establishment of a democratic republic there, well ahead, for example, of the French Revolution.

BQ: Slovakia is such a close supporter of the US and there are so many Slovak Americans living and working in America that many Slovaks know the details of this special day for America. What many Slovaks may not realize is how very important this day is to the very fabric of the American way of life.

TSS: What should the message of Independence Day be for Slovaks? Has this message been changing over the years?

JS: For me, the message of Independence Day is, in many ways, one that brought Slovaks to America for generations: that America is a place that prizes freedom, personal initiative and creativity, and citizen engagement in the political process. The people who wrote our Declaration of Independence in 1776 made the right of each individual to "life, liberty, and the pursuit of happiness" central to the founding of our country, and that same right is shared by both Americans and Slovaks today.

BQ: The message for Slovaks should first of all be one of freedom. Americans choose freedom each day. We believe we have a duty and an obligation to choose freedom. Even if we do not believe in the current path America is taking in domestic or foreign policy we have an obligation and a duty to voice our disagreement and work to change that direction. In my life the times that defined the freedom we celebrate as American were not the easy times of prosperity but the difficult times of the Civil Rights marches, the Vietnam War protests, Watergate and the Million Man March on Washington. The real strength and freedom of the Fourth of July is that we can stand up and say that it is wrong that 4.5 million people have died in the Congo since 1998 and no one seems to care.

The message of strength through freedom, duty and responsibility has been the same as it has always been during the difficult times America has had throughout the last 229 years. The specific details have been what has changed over the many years. Perhaps before many more Fourth of Julys pass we can once again move toward a kinder, gentler America that values the life of people of all nations as much as we do strategic business interests.