TO KNOW and understand the origins of the Slavs, one has to start with Nitra. To make digging into the past easier the city holds an annual event, called Nitra, milá Nitra (Nitra, Dear Nitra), that illuminates the time of Great Moravia in lectures, performances and food specialities. 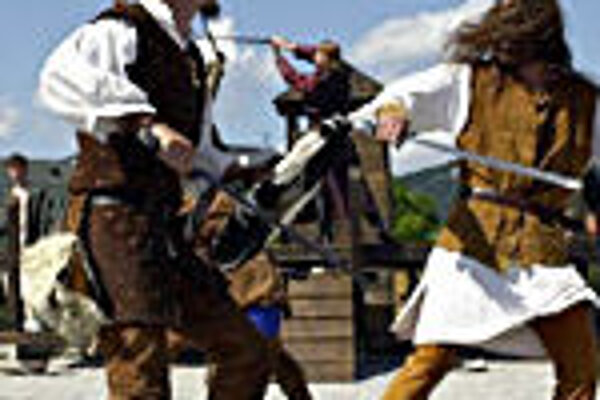 Font size:A-|A+0
TO KNOW and understand the origins of the Slavs, one has to start with Nitra. To make digging into the past easier the city holds an annual event, called Nitra, milá Nitra (Nitra, Dear Nitra), that illuminates the time of Great Moravia in lectures, performances and food specialities.

"Through the festival we bring many sights connected with the Great Moravia Empire to public awareness," said Mariana Záturová from Nitra's culture and sports department.

The home of the Slavs, Great Moravia spread across what is now the territory of Slovakia and Moravia (part of the Czech Republic) between the early 8th and 10th centuries. Nitra is connected to its very beginnings. The first written evidence of the town of Nitra comes from around 870 and relates to the consecration of the oldest known church in central Europe, dedicated to Prince Pribina, in 828.

The Nitra, Dear Nitra festival will run between July 1 and 5, with Prince Pribina right at the centre of things. On July 3 at 10:00, a commemorative plaque will be unveiled to the prince in Pribinovo square, following Nitra's tradition of putting up plaques to honour prominent Nitra personalities.

The nearby Svätoplukovo square will fill with music and entertainment all day and night. Locals dressed as historical characters will enliven the city's pedestrian zone, and dance and music troupes will take to the stage. The specially erected Great-Moravian fortification will be the venue for the evening's majestic, open-air theatre show, Pribina the Prince of Nitrava (Nitra's old name), starting at 21:30.

On July 3 visitors will also be offered a tour of a 9th century church site in the barracks area (Areál kasární) on Zobor hill, between 11:00 to 15:00, during which they will have an opportunity to watch archaeologists at work. At 18:00, a group of martial artists invite visitors to a typical old-Slavic feast, with roasted meat and fish and medovina honey liquor at Klub pódium, Kupecká 7.

Admission to the feast is Sk1,177, symbolizing 1,177 years since the consecration of the first Christian church in this territory. The money will go towards making the Great-Moravian fortification of Nitra castle, discovered a decade ago, publicly accessible.

The event takes place in Nitra's streets and institutions, including the city's synagogue, theatre, museum and castle.

Tickets and information on the programme can be obtained from Nitra's information centre on Štefánikova 1, tel: 037/161-86. For more information visit www.nitra.sk or www.nisys.sk.