THE BURDEN of proof no longer rests solely on the state. Citizens suspected of obtaining their property illegally must be able to prove otherwise or risk losing it, thanks to a new law passed in parliament June 23. 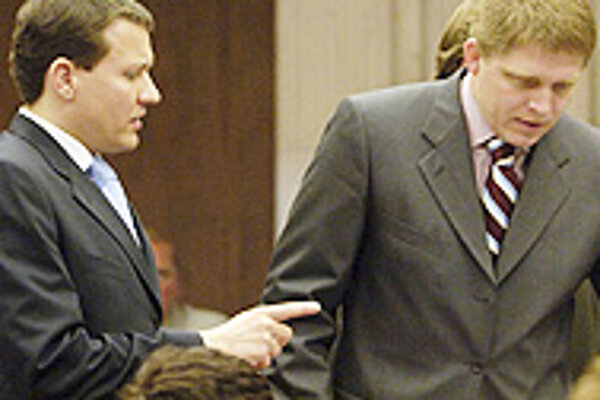 Font size:A-|A+0
THE BURDEN of proof no longer rests solely on the state. Citizens suspected of obtaining their property illegally must be able to prove otherwise or risk losing it, thanks to a new law passed in parliament June 23.

Prepared jointly by the Justice Ministry and the opposition party Smer, the law is designed to fight corruption and organized crime. The Justice Ministry says that the law will expose those who have obtained their wealth under dubious circumstances and bring them to justice.

Essentially, the law is written in such a way that if a property owner cannot legally document how he or she obtained property that exceeds his or her declared income by Sk6.5 million (€169,800), the state will have the right to expropriate the difference between the property and the owner's declared income.

Justice Ministry spokesperson Richard Fides told The Slovak Spectator that a similar law had been passed in Italy with positive results. "[Italy] has been able to lock away Mafia property and thus limit their activities," he said.

Smer leader Robert Fico told The Slovak Spectator: "There are many people in Slovakia who have obtained their property illegally, through fraud or manipulation. The law is an effective tool to fight against crime and corruption because it puts the burden of proof on the suspect, who must prove how he purchased the property."

The law benefits the state by giving it extra manoeuvring room when dealing with suspected members of organized crime.

"If we are unable to prove that a person obtained property through criminal activities, we think it is appropriate to lock away the property in the event that the owner cannot satisfactorily document its origin. Organized crime uses its power through accumulated property to engage in criminal activities. Now we have a tool to take away such property," Fides explained.

Fico himself, who has been a strong critic of ruling coalition policies on measures against organized crime, says the legislation's efficacy will depend on the executive branch and how it chooses to apply the law.

"We will be watching the activities of the state bodies carefully," Fico told the Spectator.

The law enables the financial police to initiate a check into the origin of property once a legal motion has been made by private or legal entities against a suspected criminal.

Ján Drgonec, head of parliament's Constitutional Committee, declared the new law "absolutely unacceptable" because it gives too much power to the financial police.

Drgonec believes the law exceeds "civilized standards". He insists that if existing laws were applied effectively, the issue could be resolved through the penal codes.

Neither the Justice Ministry nor Smer share Drgonec's fears about giving the financial police too much power.

"All motions to inspect property will have to meet basic criteria set by the law. The financial police will not simply act on anonymous complaints," said Fides.

"The law is designed to install anti-corruption tools. It was necessary to increase the power of the financial police. However, in the end, the prosecutor will decide whether charges against suspects should be taken to court. And the court will decide which property, if any, the state should expropriate. There are possibilities to appeal the verdict as well. The law provides for multiple levels of control, which should prevent the abuse of power," Fico said.

As passed, the law dictates that the prosecutor and suspect share the burden of proof.

According to the Justice Ministry, if the prosecutor proves that the difference between the defendant's declared income and property is 1,000 times that of the average Slovak minimum wage, then the court can require the defendant to prove how he legally obtained the property.

Out of 144 MPs present for the vote, a strong majority of 114 supported the law. Most of the Movement for a Democratic Slovakia (HZDS) opposition party abstained from voting. HZDS leader, ex-PM Vladimír Mečiar, was not present.

For years, Mečiar has been suspected of obtaining property through illegal means. He has been unable to explain, for example, how he acquired the necessary funds to purchase and restore a luxurious villa in Trenčianske Teplice.

According to invoices leaked to the public, Mečiar paid Sk41 million (€1.1 million) in cash for the villa's reconstruction. When he stepped down as Prime Minister in 1998, however, Mečiar claimed he owned nothing but a "small [Opel] Corsa".

A German businessman, Peter Ziegler, claims he lent money to Mečiar, enough to allow the ex-PM to buy and restore the villa. But if the money really is a loan, Mečiar would have had to start paying it off in January 2005, to the tune of Sk800,000 (€21,000) per month, the daily SME wrote.

Magdalena MacLeod
contributed to this report