DESPITE the increasing number of travellers crossing Slovak border, only a fraction of them are sleeping over.
According to statistics released by the Economy Ministry, 26 million visitors crossed into Slovakia in 2004. Of that number, only 1.5 million spent at least one night in the country. 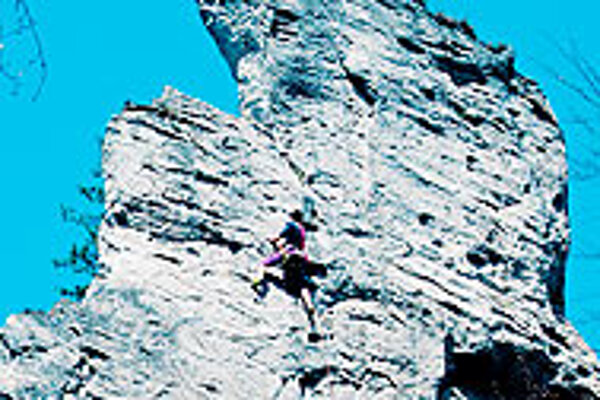 Font size:A-|A+0
DESPITE the increasing number of travellers crossing Slovak border, only a fraction of them are sleeping over.

According to statistics released by the Economy Ministry, 26 million visitors crossed into Slovakia in 2004. Of that number, only 1.5 million spent at least one night in the country.

Tourism is an industry that contributes to the national economy just like any other. Compared to other country's sectors, however, the Slovak one is not doing so hot. Revenues generated by the Slovak tourist industry represent a mere three percent of the national gross domestic product (GDP).

The Economy Ministry says the situation must change. "We have to turn the tourist industry into a more significant contributor to the Slovak economy," said Gabriel Kuliffay, head of the Economy Ministry's tourism department.

To this end, the ministry has prepared a strategy for the sustainable development of the tourist industry in Slovakia.

The strategy brings together several goals that are to be met by 2013. These goals include making a visitor's experience exciting and unforgettable in order to reverse unsatisfactory trends and attract profitable repeat business.

In general, the Economy Ministry hopes to strengthen the nation's tourism industry to compete favourably with those of other European Union countries.

Neighbouring countries are significantly developing their tourism sector and therefore Slovakia must not be left behind, argues Kuliffay.

The ministry also intends to use effective marketing to increase Slovakia's visibility and promote it as an attractive tourist destination.

Statistics show that more than 70 percent of visitors to Slovakia have already visited the country at least once before. The ministry believes this proves Slovakia's allure.

Slovakia is not only a country of good cheap beer and pretty girls.

"Within almost 50,000 square kilometres, Slovakia has countless numbers of attractions," says Kuliffay. The main challenge, however, is how effective Slovakia will be in "selling" those countless attractions to potential customers.

Geoff Fenlon, an industry specialist with the Edinburgh International Conference Centres, told The Slovak Spectator that Slovakia is a country with a huge potential.

"My only real issue with my stay in Slovakia is that it wasn't long enough. I have already told my wife that we will have to return," he said.

Fenlon believes that Slovakia has all the raw ingredients for an excellent tourist destination: the people, the place, the price and the personality. What is missing, he says, is cooperation between parties. Fenlon came to Bratislava in mid-June, a guest of a tourism seminar hosted by Slovakia. He was invited to share his experience of developing business tourism in his hometown of Edinburgh, Scotland.

He believes that to develop tourism, the industry needs to be handled and managed carefully by the Slovak government and municipalities. "The state should drive and facilitate the expansion of the Slovak Tourist Industry," Fenlon recommended.

The industry, he says, needs to tackle sales and marketing and human resources development. Professional training is a necessary precursor to excellent customer service.

Fenlon warned seminar attendees that if conditions did not improve within Slovakia's tourist industry, many young and talented Slovaks in the field would go abroad to further their careers - and stay there.

The Economy Ministry is not the only government body taking initiatives to develop the tourism sector in Slovakia. Several individual municipalities have already started the process.

For example, the municipality of Banská Bystrica, in cooperation with various institutions and organizations, has already launched and completed 12 successful tourist-related projects since 2002.

Peter Pyšný, a Banská Bystrica city official, says that the quality of tourist services will determine whether visitors stay in his city and return. But he admits that the municipality's power is somewhat limited.

"Services to tourists are mostly offered by the private sector. Therefore, we can only influence tourism indirectly," Pyšný told The Slovak Spectator.

The Banská Bystrica municipality does this by supporting local restaurants and coffee shops when it can. In summer, for instance, it rents out city-owned public space for use as summer gardens, where visitors are invited to relax and spend quality time in the town centre.

The town hall also cooperates with several schools and not-for-profit organizations in the city, financing projects that help people in the service industry hone their skills.