INDEPENDENTLY produced films are becoming more and more popular with both the critics and the public. The Oscar winning Million Dollar Baby, funded almost entirely by its director Clint Eastwood, and Oscar nominees such as Hotel Rwanda and Kinsey are among the latest examples. 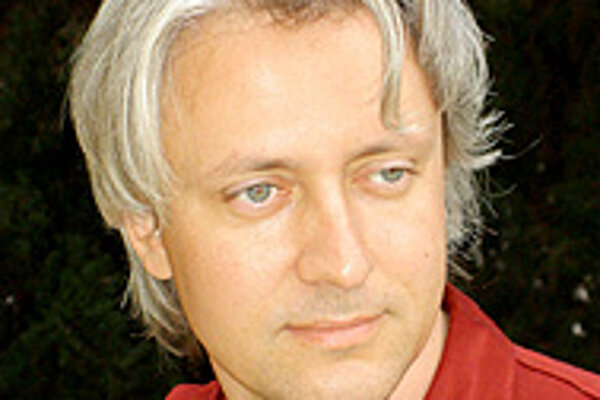 Font size:A-|A+0
INDEPENDENTLY produced films are becoming more and more popular with both the critics and the public. The Oscar winning Million Dollar Baby, funded almost entirely by its director Clint Eastwood, and Oscar nominees such as Hotel Rwanda and Kinsey are among the latest examples.

"The reasons people like them is because of the high quality," says composer Louis Ludek Drizhal, "which is reflected through the fewer restrictions limiting the creator in getting his vision for the film across."

The filmmakers are able to identify with their subjects, which is also the case with the 39-year-old American composer with Slovak and Czech roots.

He has recently finished recording a film score with the Slovak Radio Symphony Orchestra. The movie, an American feature film called Rounding First, is a family road movie that tells the story of three 12-year-old boys and the development of their relationships with one another. The story reminded the composer so much of his childhood in Slovakia that he decided to record the score in the country's capital, Bratislava. The film should be released later this year and its director, Jim Fleigner is interested in having it screened at the Karlove Vary Film Festival next year, as well as number of other European film festivals.

"When we [Drizhal and Fleigner] knew we would do an orchestral score, we began contemplating on how could we go about doing it in our circumstances. Because this is not a big Hollywood picture, but an independent film with a low budget, recording in Los Angeles was out of the question," Drizhal says.

"As soon as we decided on the musical budget, I started talking to all the composers I knew in Los Angeles who had recorded overseas. Many orchestras in Central and Eastern European countries, even in places like London, are considerably cheaper than in LA, but not lower in quality."

Before Drizhal arrived in Slovakia, he looked at a dozen of other ensembles, for example in Prague, Sophia, Budapest, London and Moscow. He discovered the Slovak Radio orchestra through talking to director David Kirschner, who produced a family film Second Hand Lions using the orchestra.

" When I heard the score [first time in his life] I thought it sounded fantastic. The quality of the score, the production, as well as the actual musicianship on the score, was so good that I jumped at the opportunity," says the composer, born in the Czech Republic's Moravia but who grew up in the Nitra area in Slovakia.

The Slovak Spectator talked to the composer shortly after he returned to the States from recording in Bratislava. He highlighted the professionalism of the Slovak musicians and talked about why he chose hire them.

The Slovak Spectator (TSS): You said you chose Slovak Radio Symphony Orchestra from a dozen of other world-known ensembles. What made you choose them?

Louis Ludek Drizhal (LLD): After looking at all the different symphonies across Europe, they became my number one choice for a number of reasons: One was the economics, the second was that if I am going to bring money somewhere, I'd much rather bring it to the place I come from or where I grew up. Shortly before I made a final decision, the first thing that popped out on the Internet was an article about the European Union and there was a graph of the EU nations and their economic standing and the title said: 'Slovak workers make the least in the EU.' I found that upsetting [laughs]. I thought this might be a small way of contributing.

TSS: How satisfied are you with the outcome?

LLD: I was very surprised with the quality of the equipment and the studio and the professionalism everyone showed. I cannot wait to go there with another project.

Growing up as a kid and studying music in Czechoslovakia, I knew that the musicianship of Czechs and Slovaks and music education there was great. My only concern was that, any time you go on a venture like this, you go to a place that is somehow unfamiliar and you don't know if you will establish a good relationship with that particular organization.

There is always room for problems. It's easier to deal with that if you are within the borders of the US because there's a certain expectation and you have to abide by certain rules and so if something fails you can go to the core of things and solve the problem.

I have a friend and every time he goes to Moscow he says there's always a major issue - the orchestra is good but there's always the bureaucratic glitch that costs money and time. When I decided to go to Bratislava, that was one of the things in the back of my mind. But everything went smoothly. I was very pleased.

TSS: How did the recording go?

LLD: I flew to Prague where I spent a night. I rented a car and then drove down to Bratislava. All that traveling happened within about 72 hours until I was standing in front of the orchestra. It was a pretty stressful time. I was literally finishing some things on the plane and spent the entire night taking care of orchestral parts... By the time I got on the road and arrived in Bratislava, I was functioning on just caffeine.

When I finally showed up for the recording the next morning, after sleeping maybe four hours within three days, I was exhausted. The orchestra was really understanding of that. The first minutes were tough, we had a lot of pressure and some of the pieces were quite tricky. The orchestra really stepped up to the plate; they were very professional. There were no distractions; everybody followed well. There were no problems understanding each other.

This orchestra was just fantastic. It was absolute joy for me to work with them. The concertmaster really had it all under control. When we were finished eight hours later, it had been the most relieving experience for me. The way we started was pretty rocky because I couldn't focus being that tired. But the orchestra really did the work and helped me out. They are very experienced and talented musicians. I will definitely return with other projects.

When I first started looking into orchestras, I thought that I would go to Prague, because many scores are recorded in Prague these days. But I think that Bratislava can do the work just as well and for considerably less money, as Prague gets much more expensive.

TSS: How does the music match the feel of the film?

LLD: The name of the film is Rounding First, which is a baseball term, and baseball is almost like the national sport. In my mind it represents American culture: it's all about hotdogs, Coke, cans of beer and baseball hats and watching the game with your dad.

The film is also about being on the road and solving a mystery - I think of a guitar and harmonica. We used the guitar and string orchestra and lots of clarinet, which has that wonderful nostalgic sound. When the music gets more intimate, I tend to use piano and the strings and then I of course bring in the clarinet. The clarinet player definitely earned his pay.

The music feels very American but there's also a great universal feel. I tried to reflect the lightness of the boys' adventure and age, based on my personal experiences.

TSS: I am a bit suspicious - are you sure you dind't write the script?

LLD: [laughs] When the director left the video of the film on my doorstep and I watched I thought to myself: My goodness, I completely understand these boys.

TSS: Do you now feel Czech, American or Slovak?

LDD: It's very closely connected. But rather than thinking in terms of being just one thing I have concluded that it is perfectly all right to be more than just one thing. For some reason, I have been feeling more connected to my father's heritage, partly because so much of my childhood is connected to Slovakia, because I spent so many amazing summers in southern Slovakia.

But Slovakia to me is Czechoslovakia. My mother came from the Czech part, my father the Slovak, and I was born in Czechoslovakia. Now, from whatever point of view you see it, it is part of the European Union. So, am I more European or American? After living for so many years in America, I guess I am more American. But then anytime I look at my little five-year-old I start having these memories of being a kid. I suddenly have this sense of nostalgia for my heritage, and for those long hot summers in southern Slovakia, as well.