MARGOT Mink Colbert, the American dancer, teacher, and choreographer visited Bratislava between June 23 and 28 to hold a workshop at the Tangere Dance Studio. The native New Yorker has created a great deal of original choreography and trained and performed with generations of dancers. 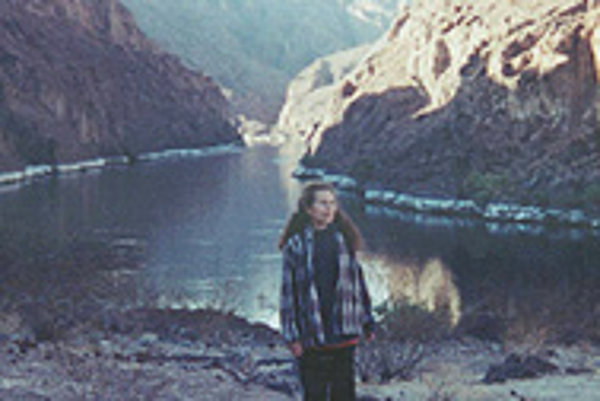 MARGOT Mink Colbert, the American dancer, teacher, and choreographer visited Bratislava between June 23 and 28 to hold a workshop at the Tangere Dance Studio. The native New Yorker has created a great deal of original choreography and trained and performed with generations of dancers.

"I came to give an intensive programme in classical ballet, to offer some basics to the workshop attendees, at various skill levels, to work with. This is what [the studio's manager] Ján Gonščák felt they needed," said Colbert, who annually travels to Europe in the summer, mainly to Copenhagen where she also takes her ballet company to perform.

Colbert has been creating original choreography over the last four decades. Her choreographic work is described as "balancing gracefully on the borderline between ballet, modern and post-modern dance." As a teacher of classical ballet her astute pedagogic style carries on the traditions of her teachers, who include the Cecchetti disciple Margaret Craske and Antony Tudor, the brilliant 20th century innovator in classical choreography.

As someone who follows developments in her field, she can teach 21st century students to appreciate a wide range of classical and contemporary music.

Asked to introduce the Slovak participants of the workshop to the basics of classical ballet, Colbert also kept in mind that Tangere specializes in a variety of dance techniques and accepts students regardless of their dance knowledge and experience. Primarily influenced by the Italian and British style of ballet she taught the "softer" approach. Using this approach Colbert was able to work with professionals from the Slovak National Theatre Ballet and dancers with almost no ballet experience.

"Compared to the Russian school the Slovak ballet dancers do at the national company, the Italian and British style is a slightly softer technique. Basically, this is close to modern dance in that it's not focussed on projecting the movement far into the audience. It's more focussed on the coordination and the basics of how they use their bodies," she explained.

"It's very good for people who start training late, because it doesn't force any of the positions. It's acceptable to have a modified position as long as the movement is right. It's more about the flow of the movement rather than its shape."

This means that Colbert's method can also benefit adult beginners, whose bodies are already developed and are not as as flexible as children.

There were 15 participants in the workshop, almost all at a different level, but Colbert expressed satisfaction with them all. "I cannot tell you how impressed I am because often, when you have a mixed class you either have to make it all slow, so that the newest person can do it or you have to do it too fast for the newest people so the more experienced will enjoy themselves and get something out of that. But I have been able to bridge the levels.

"There's a very impressive open-mindedness and willingness at both ends of the achievement level. I think it must have something to do with the kind of education in general and the attitude that they have," said Colbert, who does not yet know Slovakia well enough to get an idea of the Slovak dance environment. But the little she has seen, such as the rehearsals at the Slovak National Theatre and the Tangere studio, as well as the students in her workshops, has "impressed" her.

"There seems to be a lot of creativity coming out of there," said Colbert, who came to Slovakia thanks to her former student, Mark Lovas, a dancer at Tangere. Along with Lovas and the studio's manager, Colbert is planning to bring her dance company to Slovakia next June.

"Exporting Slovak dancers to the US will be the next level," she added, smiling at the thought.

MARGOT Mink Colbert studied with the famous choreographer Antony Tudor, as well as with world-renowned dancers Martha Graham, Jose Limon and Merce Cunningham, in New York City. She has choreographed over 60 ballets in styles ranging from classical to post modern, including theatrical, site specific, and video-dance works, and has trained several generations of dancers.

As a performer Mink Colbert continues to bring her unique style to audiences around the world. Currently the head of the Ballet Division of the Department of Dance at the University of Las Vegas, Nevada, she founded the Ballet Mink Colbert, originally based in New York, but now in Las Vegas.

Her choreography has been developed for various venues including traditional theatres, city streets and maximum-security prisons. She collaborates with composers and musicians.

Colbert trained in Russian ballet as a child. Later she studied at New York's schools and with the Royal Danish Ballet.