A SPECIAL Court aimed at dealing with the country's most serious and sophisticated criminals started operations in a former army barracks in Pezinok, close to Bratislava, on July 1. 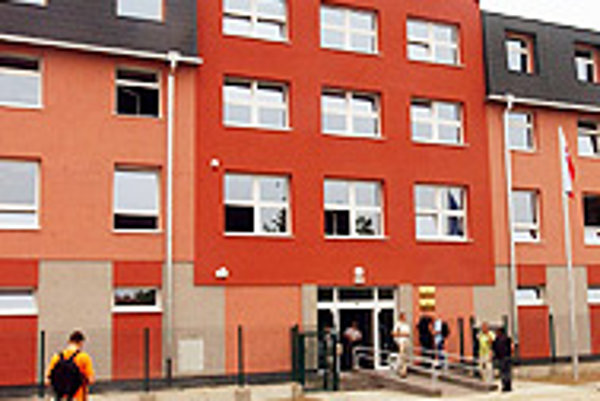 Font size:A-|A+0
A SPECIAL Court aimed at dealing with the country's most serious and sophisticated criminals started operations in a former army barracks in Pezinok, close to Bratislava, on July 1.

The Special Court is situated in the same complex as the Special Prosecutor's Office. The two bodies were established on the basis of a 2003 law to "create specialized bodies for uncovering, investigating, and prosecuting corruption, organized crime, and crimes committed by constitutional officials", the Justice Ministry told The Slovak Spectator in a July 4 statement.

The state has put Sk185 million (€4.8 million) into the project, which includes special security measures that make the new court "one of the four best protected buildings in the country", according to Ján Packa, the head of Slovakia's institute for the protection of top officials.

The employees of the Special Court and the Special Prosecutor's Office are under constant protection from a state-of-the-art security system and dozens of guards.

In addition to the extra security, the new complex has been outfitted with hi-tech equipment. "As far as material and technology goes, we're super-equipped," Dušan Kováčik, the head of the Special Prosecutor's Office, told journalists at the opening ceremony on July 1.

The Special Court has 11 judges, five of whom have been temporarily assigned to Pezinok from the Banská Bystrica Regional Court, where the Special Court had been operating before the Pezinok complex was completed.

The court should ultimately have 12 permanent judges. Richard Fides, the spokesman of the Justice Ministry, told The Slovak Spectator that the six vacancies for these posts must still be filled, and that a job search had already been announced.

The Special Prosecutor's Office had nine prosecutors as of July 1, while another 11 have applied to fill the existing vacancies in the office.

Fides said that the Justice Ministry and the Attorney General's Office were raising money to build 14 residential houses in Pezinok to accommodate the special court and prosecutor's office staff, which the authorities expect will cost an additional Sk45 million (€1.1 million).

The establishment of these special judicial sector bodies was driven by the conviction that fighting organized crime and corruption required specialized, well-protected, and well-paid experts whose decisions could not be influenced, said Fides.

"In cases involving crimes of corruption, [these new bodies can] break the local ties that can influence the uncovering, investigation, and prosecution of these cases," he said.

"The most important role of the state is to protect society and the people. This is the main role of both the Special Court and the Special Prosecutor's Office," said Justice Minister Daniel Lipšic at the July opening ceremony.

The minister also thanked those who had decided to work for these unprecedented institutions in Slovakia. Both bodies have experienced extreme difficulties in recruiting staff, due both to the disruption involved in uprooting and moving to secure quarters in Pezinok, and to the anticipated additional workload of the special judges and prosecutors.

"They have had to ask themselves important questions related to changes in their career and lifestyles. We have an obligation towards them because of their courage," said the minister, as quoted by the TASR news agency.

In order to attract judges to work at the Special Court, the Justice Ministry secured for them pay of Sk150,000 per month (€3,916), almost 10 times the national average wage.

Igor Králik, the chief justice of the Special Court, said the court's justices were currently dealing with 24 cases, including the case of a gang that allegedly defrauded the state of millions in taxes and murdered accomplices by dissolving them in acid, as well as the case of the bankrupt Devín banka, which also involves several murders and disappearances.

He said he expected that the first hearings would take place at the end of August or the beginning of September.

While great expectations accompany the founding of the new court and prosecutor's office, there has been scepticism about the project as well.

Tibor Šafárik, a former Constitutional Court judge and a current member of the Judicial Council, an independent judicial authority, told The Slovak Spectator that he considered the formation of the special bodies to be "degrading for other judges.

"It's as if [the founding implies that] the other regular judges are unable to solve these crimes. After all, the special judges will be handling their cases on the basis of the same laws," he said.

Šafárik said it was not necessary for judges to be specialized in this way.

"Until now, judges did these things even without special wages," he said, adding that he wondered whether "it will be worth it to them [the special judges] to live in an army barracks for Sk150,000."

Other judges also expressed reservations with regards to the Special Court.

Jarmila Maximová, the vice-president of the ZSS Slovak judges association, said her organization had no objections to the establishment of the Special Court.

However, she added the personal opinion that "the establishment of the court was not necessary because it is an unsystematic step and doesn't solve the problems in the judiciary, especially the delays in court proceedings".

She said difficulties in filling the vacancies on the Special Court were not due to a lack of competent judges in the country but rather to "a lack of judges who are willing to do this job.

"From discussions with my colleagues, I know that this unwillingness to work at the Special Court stems from a perception that this court is a political issue, from related fears that the court might be shut down [if the ministry leadership changes], from the need to move house along with family members, and so on," Maximová told The Slovak Spectator.

She also said that judges resented the wage differences between regular judges and the special justices.