ONCE a tiny local event attracting a few hundred fans, Bažant Pohoda now lures thousands to the western Slovak town of Trenčín. Over the last four years the festival has attracted up to 20,000 visitors. In 2004, it left its Areál pod Sokolicami site and spread its wings across the expanses of Trenčín airport. 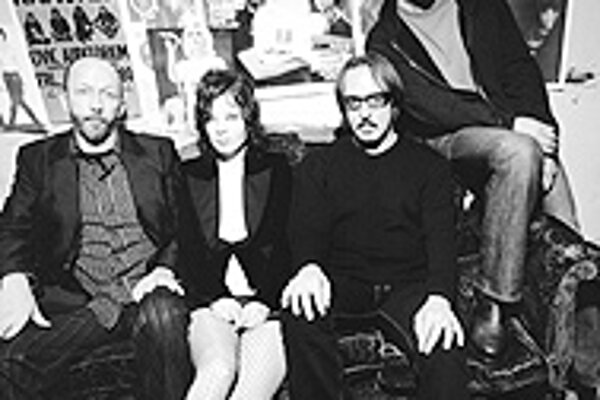 Font size:A-|A+0
ONCE a tiny local event attracting a few hundred fans, Bažant Pohoda now lures thousands to the western Slovak town of Trenčín. Over the last four years the festival has attracted up to 20,000 visitors. In 2004, it left its Areál pod Sokolicami site and spread its wings across the expanses of Trenčín airport.

"There's a nostalgia for the earlier place, but the airport lets us breathe," says Pohoda's organizer Michal Kaščák.

He thinks that the number of Slovaks attending has reached its peak, and so the organizers are trying to get more fans from abroad to make the trek to Western Slovakia.

The largest summer music festival in the country, Bažant Pohoda puts on the best from the local and foreign alternative and dance scenes, as well as more than just a smattering of world music. The festival's regular third-

weekend-in-July spot enables the organizers to import world-renowned stars, as well as smuggle lesser-known musical genres into the programme.

This ninth year will see plenty of activity from the dance scene, but more space will be given to minority art genres: theatre and literature, as well as classical music.

Over 100 musicians from 20 countries are taking part in a musical marathon on July 15 and 16. The acts will perform across eight stages, each dedicated to a particular genre. Headliners this year are British band The Prodigy and American outfit Garbage.

"Each year, the number of foreign performers increases," says Kaščák. "The progressive electronic visionaries The Prodigy are one of our main dreams fulfilled."

Other dreams come true for the organizers can be seen on the world music Kofola stage. Local gems like Podpolianske fujary, Kokavakere lavutára, and the Telgárt Male Choir, line up alongside international performers such as the Buena Vista Social Club's singer Omara Portuondo from Cuba, The Klezmatics, from America, and Siberian singers Huun Huur Tu. Polish rock-and-reggae combo Trebunie Tutki and the Russian-inspired alternative band Farlanders tread the same stage. One big highlight will be Czech folk legend Jaromír

Nohavica, who has finally been persuaded to trek across the border for the festival.

Other stages feature hip-hop, dance genres from house and techno to experimental and nu jazz and DJ mixes. Bažant Cinema will show Miloš Forman's Taking Off from 1971 and the US feature Sin City, among other movies.

Parents are welcome to bring their children as the organizers are offering the Allianz Park project, where children can play, compete, draw or learn to play the drums while their parents tune in to some of the world's best music.