Hear the sun rising at Pohoda 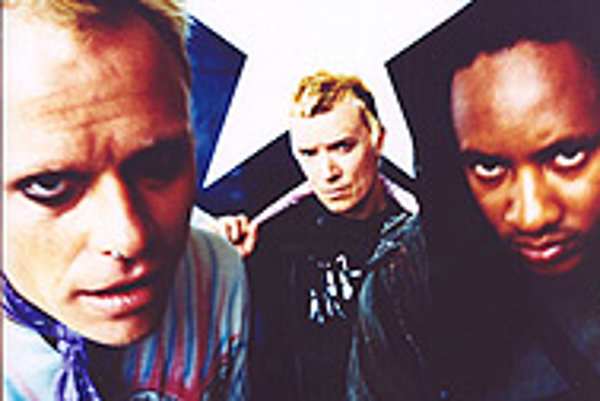 The Slovak Spectator talked about the festival's developing philosophy with its main organizer Michal Kaščák.

The Slovak Spectator (TSS): Slovak traditional folk music and world music dominate this year's festival. Why is that?

Michal Kaščák (MK):The apparent dominance of world, including folk music, is because we managed to haul big names to the festival, and these to an extent overshadow the rest of the programme. In fact, world music represents only one-eighth of the programme.

I think traditional authentic folk music is the best Slovak "world" music. That's why, along with arrangements from the likes of Zuzana Mojžišová and the Pressburger Klezmer Band, we try to present to the [international] visitor Slovak music they would not usually meet and from which it all originates. I think it's as interesting as traditional music from anywhere in the world.

TSS: One dance stage has disappeared but the space for minority musical genres and other arts has grown. Is that because the festival is still forming or does it reflect the audience's growing interest?

MK: One dance stage was dropped, but the ratio of dance music to other music has not changed. Some [dance] performers, such as The Prodigy and Asian Dub Foundation, will appear on the larger stages.

The number of accompanying activities has increased as we feel the festival should also be about presenting minority genres. It's justifiable to use the power the festival has gained over the previous eight years and give the people chance to see things they barely come across elsewhere in Slovakia: whether we are talking about classical music, literature readings or theatre plays.

The festival creates a space where people from various genres meet. There are not many opportunities for writers to meet hip-hoppers, or for non-governmental activists to get together with classical musicians.

TSS: Is classical music part of Pohoda 2005 because you will make your debut as a conductor for the play Love, produced by the Gunagu theatre?

MK: [laughs] No, my role of conductor is more a coincidence. I composed music for the play. It was recorded with the Trenčín Chamber Orchestra and since then the theatre has used it in this reproduced form.

The orchestra came up with the idea of performing it live. We did it once and because it was an interesting experience, we are repeating it at the festival. But I am an absolute amateur conductor. I am nothing more than a kind of "waver" [laughs].

TSS: There seems to be an interest also from popular musicians in the minority genres. For instance, pop singer Jana Kirschner will introduce more experimental projects in a chamber-like atmosphere.

MK: Most of the bands, local or foreign, would like to perform on the largest stage at the best time. But we are a festival that is oriented in a certain direction.

Jana Kirschner represents pop music but we wanted her to play on the Aréna stage because we think her chamber programme is more interesting than her 'normal' repertoire.

TSS: On Saturday morning, the Podpolianci band will welcome the rising sun playing fujaras: a day later keyboardist Marián Varga will greet it. Where did this idea come from?

MK: It's a coincidence. Last year one band was late and played at a time nobody usually performs. As they played the sun was going up. It was great. I wondered how I could make it even more wonderful and I thought of Marián Varga. There's something magical that radiates from his music. I called him, found out when the sun rises, and he offered to compose a special work for it.

I hope we time it right and get good weather. The people should "hear" the sun rising right opposite the main stage.