THE MUSEUM of Carpathian German Culture in Bratislava helps visitors navigate through the culture of this historically important Slovak minority. 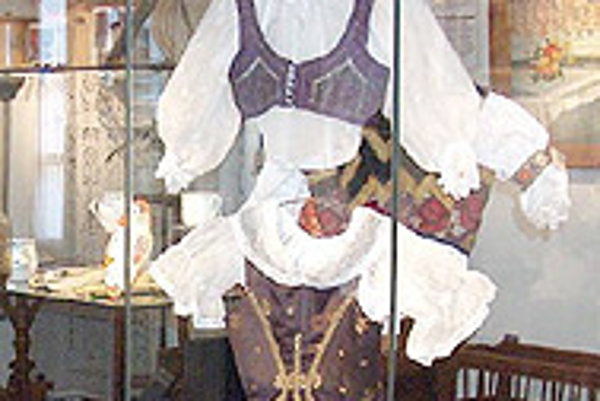 Font size:A-|A+0
THE MUSEUM of Carpathian German Culture in Bratislava helps visitors navigate through the culture of this historically important Slovak minority.

Recently the museum has expanded its permanent exhibition, History and Culture of Carpathian Germans, with additional information about science and education. There are also new panels that narrate the tragic happenings between 1939 and 1948.

The pronouncement of Slovak autonomy, followed by the formation of the first Slovak state in 1939, brought changes for the Carpathian Germans. The Slovak Republic was an authoritarian state with totalitarian elements under Nazi Germany. The only permitted organization for the Carpathian Germans was the German Party (DP), while they were under the control of Nazi ideology.

Even before the Slovak National Uprising (SNP) broke out in 1944, some partisan groups aimed their repression at the Carpathian Germans. The executions of Germans in Sklabiňa, Sklené, Ružomberok, Banská Štiavnica and Magurka are considered among the most powerful demonstrations of partisan strength. With the SNP, the position of the German community worsened. In the regions led by the rebels, ethnic-German civilians became the victims of violence and murders.

The advancing Soviet army spread fear amongst the Carpathian Germans. Many agreed to be evacuated from Slovakia. Of 150,000 Carpathian Germans around 130,000 left Slovakia before the war ended. The evacuated Germans left large amounts of property behind, the majority of which was stolen amidst chaos and a vacuum in government.

The Košice Governing Programme of April 1945 twisted the Germans' fate even further. Apart from anti-fascists and those in mixed marriages, all ethnic-Germans lost their Czechoslovak citizenship and property, and were banned from political and cultural life. The Beneš Decrees codified these rules.

Following the end of the war, up to 40,000 Carpathian Germans tried to return to Slovakia. When they returned many were killed. Those who survived and stayed became citizens without basic human rights: victims of the principle of collective guilt.

In 1946, many were transported to the American- and Soviet-occupied parts of Germany. At the end of the 1940s only around 24,000 Carpathian Germans remained in Slovakia. Just after the formation of the German Democratic Republic (East Germany) in 1949, did the situation start to change. In 1953 all ethnic Germans living in Slovakia became legal citizens of the Czechoslovak Republic.

The museum presents the history and culture of the Carpathian Germans through texts, photographs and objects, documenting the ethnic minority's art, fashion, dialects, science, technology, and school system.

Bratislava's Museum of Carpathian German Culture also houses a specialized library. It is located at Žižkova 14 and is open Tuesdays to Sundays from 10:00 to 16:00. Admission is Sk20 and Sk40.