We will not be terrorized

SLOVAKIA, just as the rest of the world, was shattered by the terrorist attacks that wounded London on July 7. Not only the country's officials but also its ordinary people communicated their solidarity and support to the British people. British Ambassador to Slovakia Judith Macgregor, says that these messages make a difference. 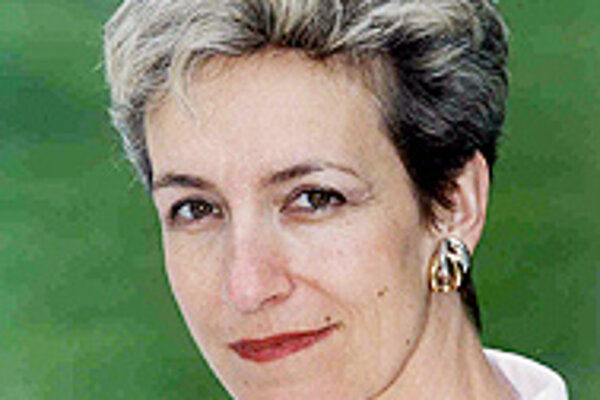 Font size:A-|A+0
SLOVAKIA, just as the rest of the world, was shattered by the terrorist attacks that wounded London on July 7. Not only the country's officials but also its ordinary people communicated their solidarity and support to the British people. British Ambassador to Slovakia Judith Macgregor, says that these messages make a difference.

"Terrorist actions will not force Britain to change its policy towards Iraq any more than the bomb at the Slovak Embassy in Baghdad last month led to any change in the Slovak government's position," the ambassador said in an interview with The Slovak Spectator in the aftermath of the terrorist attacks.

"The terrorists sought to divide us but they have in fact unified us," she added.

The Slovak Spectator (TSS): How do you view Slovakia's reactions to the dramatic events in London? Are Slovakia's messages of solidarity with Britain reaching the people of your homeland? Do these messages make a difference?

Judith Macgregor (JM): Very positively. People here reacted swiftly and sympathetically to the dreadful events of July 7. Within hours, I had received solid statements of condemnation and condolence from the government and many emails and calls of solidarity and support. Most important of all were the pledges to join us in standing firm against the terrorists and to work hard with us to find more effective solutions.

Yes. Messages make a great difference. It is very important to know you have the support of your friends and allies. It gives a clear signal to the terrorists that their actions are repugnant to all decent societies and that they will not succeed. I have certainly relayed back to London the mood here in Slovakia, the many messages and statements I have received, and the keen response to our condolence book. I am sure that with the large numbers of Slovaks now living and working in the UK, similar messages will have percolated back through more informal channels.

TSS: Will the terrorist attacks in any way modify Great Britain's policies towards Iraq and the global war against terrorism?

JM: No. Such terrorist actions will not force Britain to change its policy towards Iraq, any more than the bomb at the Slovak embassy in Baghdad last month led to any change in the Slovak government's position. British soldiers will remain in Iraq as long as they are required to help bring peace and full democracy to that country and the Iraqi government wishes them to remain.

If anything, the attacks in London will serve as a reminder of the reasons why we and other governments must continue to fight against terrorism. This is not a war with set-piece battles, but a long-term, sustained campaign against the causes, organization and actions of these various terrorist groups. I would also expect an added impetus now to this global campaign - itself already a high priority of our presidency of the European Union.

TSS: What immediate measures will Britain take in response to these attacks? Will these measures in any way involve or affect Slovakia?

JM: Despite the apparent speed of the investigation, we still need to determine what exactly happened in London on July 7. Only then will it be sensible to decide what further measures, if any, would be appropriate, either in response to the attacks or to prevent any further ones.

We will continue to urge people in London and in the UK more widely to remain vigilant and to report anything at all suspicious to the authorities. Beyond this security awareness we will look with our partners to see what we can do to implement more effectively the many counter-terrorist measures we have discussed and devised between us.

As a fellow member of the EU and NATO, Slovakia will certainly be involved. At the end of the day, it will be the effective national implementation of measures with the fullest international co-ordination that will count.

TSS: Despite the distressing images from London, reports say that Londoners are remarkably resilient, with no sense of self-pity, and have reacted with a determination similar to that shown in the Blitz of World War II. What is your evaluation of the post-attack situation in London?

JM: People have certainly reacted with extraordinary calm and fortitude. Reports from survivors and those caught up in the explosions, show that people went out of their way to help each other and support others first before worrying about themselves. Equally there was a strong determination to show the terrorists "a thing or two" and not allow them to make London a no-go area.

I also pay tribute to the rescue services, police and London Transport. The fact that there had been some preparation for bomb attacks and that the emergency services had practised clear drills, helped to manage the almost unmanageable. London today is about as different as you can get from the London of the 1940s. Nevertheless, there was a similar sense of getting on and coping with whatever arose. And with the extensive damage done we will need continuing good humour, patience and resilience from everyone as the city's services are fully restored over time.

TSS: What message(s) should the world read behind the London attacks and the way London reacted to them?

JM: Terrorists sought to show that they could bring death and destruction to one of the major cities of the world, for no clear reason and with complete disregard for human life and human happiness.

The fact is, however, that their efforts were limited and the opposition against them is united. For me, these attacks showed how determined we are to pursue our values, our policies and our aims democratically and with the involvement of all the faiths, races and creeds which now make up Great Britain.

The terrorists sought to divide us but they have in fact unified us. They sought to derail the G8 Summit, but it in fact achieved a great deal on some of the most important issues before us. They wanted to terrorise us. Well, we will not be terrorized.