Should we stay or should we go?

DESPITE an optimistic outlook for the country's growing economy and the rise in local salaries, Slovaks remain conservative when it comes to splashing out on expensive holidays. 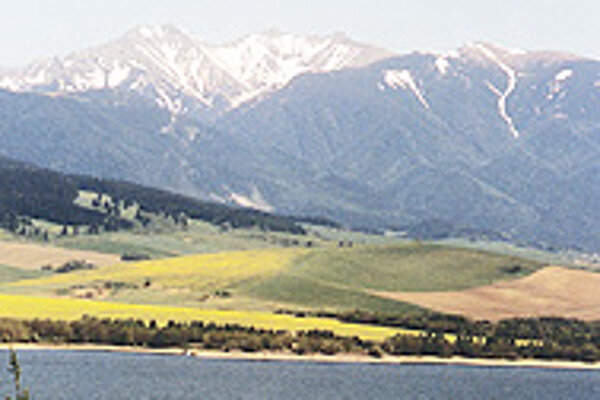 Font size:A-|A+0
DESPITE an optimistic outlook for the country's growing economy and the rise in local salaries, Slovaks remain conservative when it comes to splashing out on expensive holidays.

Market research agencies agree that around 50 percent of Slovaks do not plan to take a holiday this summer, including those who will stay at home during their summer vacation.

Of those who will go away for a holiday, 44 percent will remain on Slovak soil. The rest will leave for a holiday abroad, the TNS SK agency writes in its "Summer Holiday 2005" report.

Slovaks do not seem to favour any one country-destination, although Croatia remains very popular. Each summer season can bring new trends. These tend to directly relate to special offers and discounts.

"Basic trends towards popular holiday destinations depend largely on prices offered. When prices are low in Spain, then Spain could become the hit of the year. Or, as it is this year, Egypt is one of Slovaks' preferred destinations," Pavol Kašuba, member of the board of representatives of the Slovak Union of Hotels and Restaurants, told The Slovak Spectator.

However, even though many Slovaks have the money for a holiday, they choose to stay at home. And the argument that price always determines choice does not always stand up to analysis.

While it is true that only 10 percent of people from the less wealthy regions of Prešov and Košice spend their holidays abroad, the richer regions of Trnava and Trenčín show very similar results.

Factors besides wealth may also play their part. TNS research suggests that people under the age of 39 with a higher education, living in the Bratislava area, are most likely to take holidays abroad. The older generations, and those living in rural areas, often prefer to stay at home and work in their gardens.

Those who prefer to travel abroad often claim that Slovak holidays are expensive and the quality of services is below average.

"The quality of service is certainly not below average, and it is improving every year, although, I have to admit that there is still a lot that needs to be improved," Košuba told the Spectator.

Róbert Kohlmann, the president of SACKA (Slovak Association of Travel Agents) and also a director of travel agency CK Pressburg, would agree. He told the Trend business weekly that according to his information, out of 20,000 German tourists who spent their holidays in Slovakia, only 30 of them complained.

"Most of the complaints related to low hygiene levels. This is a problem that will be solved only when tourism facilities adopt the relevant regulatory authorities' suggestions and regulations," Košuba said.

"Sometimes it is necessary to issue strict sanctions against those who that neglect hygiene in their accommodation or restaurant facilities," he added.

Košuba also questioned claims that Slovak holidays are expensive. "Holidays are only expensive when people are willing to pay for low quality services. If guests in such facilities refused to pay and left, then businesses would come to their senses very quickly."

Places that offer good quality services and facilities often charge accordingly. The prices often relate to the business's own expenses in employing trained personnel, good quality materials, equipment and so on.

The good news is that, influenced by travels abroad, Slovak tourists are becoming more discerning. Slovaks increasingly ask for well-furnished and well-equipped accommodation. They want modern facilities and a wide range of services available.

Sparsely furnished cottages are no longer viable. Holidays near water or mountains are preferred; aquaparks are increasingly gaining in popularity, said Košuba.

Further, the experience of many travel agencies is that the western trend of taking several holidays a year is also creeping into the Slovak way of life.

Those lucky enough to have the money to afford two holidays often choose to take one foreign holiday and a second one in Slovakia.

Also, it is no surprise that in an increasingly stressful working environment, Slovaks and foreigners alike realize just how important relaxation is for their mental and physical health. Some companies even include weekend stays in spas in bonus packages offered to their employees.

Jana Obertová, a public relations specialist at the spa Slovenské liečebné kúpele Piešťany, told the Spectator in May this year that: "We see an increase of interest among Slovak and Czech clients in relaxation and regeneration stays. We believe that this tendency will grow".

The main advantages that Slovaks have in choosing a domestic holiday is the lack of any language barrier and shorter distances to their chosen destinations.

Slovakia is not a big country and even though there are not many highways, it's usually possible to get to the chosen destination within two to three hours.

The language barrier might at first seem to be a negligible factor, but when things go wrong in a foreign country it is useful to be able to talk to the relevant authorities or doctors.

So the message Košuba and other hoteliers would like to send is: give it a try and stay in Slovakia.

Demanding Slovak and foreign guests help the industry. "The pressure they create forces businesses to improve the quality and choice of services," said Košuba. At the end of the day we will all benefit.