Holiday extremes on the road

AS THE SCHOOL year ends, the roads fill with backpackers. Some hitchhike, some take bikes, others use public transportation to get to their dream destinations. They hurry for adventures and experiences, many of which would certainly make for interesting stories upon their return. 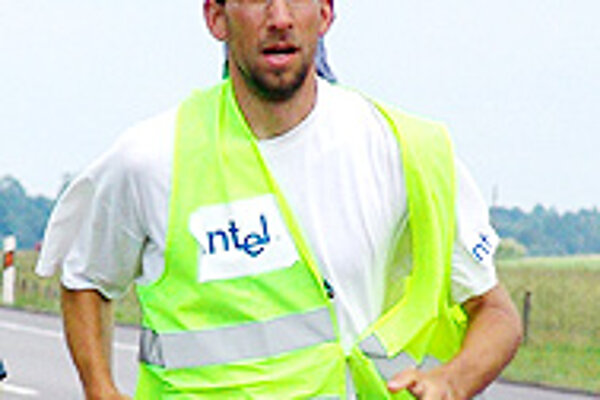 Font size:A-|A+0
AS THE SCHOOL year ends, the roads fill with backpackers. Some hitchhike, some take bikes, others use public transportation to get to their dream destinations. They hurry for adventures and experiences, many of which would certainly make for interesting stories upon their return.

Few, though, take it to such extremes as Slovak ultra-marathon runner Jozef Rajchl and biker Zoltán Bujna.

Rajchl, a 24-year-old student at Bratislava's Comenius University, is attempting to run across Europe, from Finland to Spain, in 60 days. The 23-year-old Bujna, who studies at Bratislava's Technical University, has 80 days to bike all the way to Persia (Iran), in Central Asia.

They are both now on the road. Both after their goals. And both already have stories to tell.

The holder of the Slovak record for distant running across Slovakia, Rajchl is attempting to break the 1972 Guinness record of John Lee, who ran 4,628 kilometres across the US in 55 days. He also aims to promote athletics among youth and Slovakia among other European countries. Above all, he says, the "project is about conquering my own self".

Rajchl runs through 15 European countries. The route is estimated at 4,850 kilometres. Each day he covers around 80 kilometres.

He started in Helsinki, Finland, at the Olympic stadium on June 15 and hopes to reach Tarifa, Spain, on August 21. On Wednesday afternoon, July 6, he arrived in Bratislava. He met with family and talked to journalists.

"I have more than a third of the journey behind me, but the joy is the same as at the beginning," said Rajchl, who has worn out three pairs of shoes and lost six kilos. Accompanied by a car, his team consists of a driver, a service technician, and a nurse.

With 1,789 kilometres behind him and in his fourth week on the road at the time, Rajchl crossed the borders of Finland, Estonia, Lithuania, Latvia, Poland, the Czech Republic, and Slovakia. From Bratislava, he continued to Parndorf, Austria.

"Immediately after the start in Helsinki, which was postponed by half a day, the car's battery went dead. In Poland, the wind took our tent away," he remembered.

Since most of the road surfaces are asphalt, Rajchl has not avoided painful stress on his joints. Through Latvia, he suffered from problems with his Achilles tendon, but those ceased with regular stretching. The relief enabled him to focus more on what he was passing through. "The countries I run through are very nice, and I think I get more out of them than those in cars behind me."

Estonia surprised the team with its beautiful landscape and high-quality, well-marked roads. "They even have signs for squirrels," Rajchl remarked with a laugh. The roads in Poland, on the other hand, were disastrous and very dangerous. "I am happy we've survived it."

A similar situation also awaited them at home, around Sverepec where Slovakia's cross-country highway is still under construction. There he calculated that a car passed him every 11 seconds.

The schedule Rajchl set at the beginning does not always work. Sometimes he needs to run extra kilometres in order to find a good place to pitch the tent or to finish crossing a big city, like the Polish capital Warsaw. "The only way we finally got out of there was with a compass."

When he jogs through towns and villages, people join him. When he rests along the roadside, strangers stop their cars wondering whether they can be of any help. One day, they wanted to call an ambulance as they saw what looked like an accident scene: an exhausted Rajchl lying on the ground next to the car and the nurse's bike tossed nearby.

At the border of Latvia and Poland, they met four trucks from Trstená, a northern Slovak town in the Orava region. The truckers followed the runner, and the unusual parade attracted curious passers-by to join in.

Rajchl has suffered blisters from the frying sun and abdominal cramps from controlled breathing. However, what suffers most, he says, is the psyche. He sees the trip as serious work toward reaching a significant goal. But apart from sheer will, he is driven forward by the pledge he made to a friend. "I have promised someone a photo from Gibraltar," he says, "I have to make it there."

With 46 kilos on his bike, Zoltán Bujna from Dunajská Streda started for Iran on June 30. He follows in the

footsteps of fellow townsman Ármin Vámbéry, who walked the route 143 years ago. Bujna wants to revive the memory of one of the greatest travellers of this territory, "whose name gets lost in today's over-technical world".

Over 80 days Bujna will cover 8,000 kilometres, or roughly 105 kilometres a day. He will cross eight countries all the way to Teheran, the Iranian capital. His return to Dunajská Streda is planned for September 17, as three days later he is expected back in the classroom.

"It's Sunday, the 11th day of my journey. The four of us [him, Patricia from the Czech Republic, Zoltán from Slovakia, and Agnes from Hungary] knew in the morning that the next night we would be sleeping alone. My partners separated to return home through the Serbian mountains," Bujna writes in his online journal.

Until that day, upon reaching the Bulgarian capital of Sofia, he had companionship on the road. From then on, he continued on his own.

At press time, he was in Turkey with some 6,500 kilometres yet in front of him. The first night he was lucky to meet Grisha from Canada, who offered him a place to stay overnight.

Previous to Persia 2005, Bujna has undertaken several foreign expeditions on his bike. He visited Romania, Croatia, and France, all tours of several thousand kilometres.

"I go by the motto that 'opportunities never stay without being used'. If you don't pay enough attention, someone else will use them," says Bujna, whose fascination with Eastern culture, the kindness of people and beautiful mountains in the region, and his childhood hero, the adventurer and respected traveller Ármin Vámbéry, inspired him to explore this part of world.

"I hope that my attitude to cyclo-tourism, this sometimes almost crazy drive to collect kilometres will enable me to reach the goal," says the biker, who still stops to take in the sights.