Who will protect them?

TERRORIST attacks harm nations not only through taking human lives but also by increasing tensions within the society and fuelling fear of foreigners. 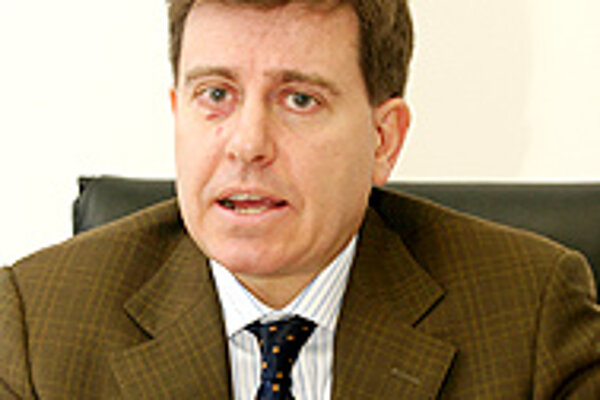 Font size:A-|A+0
TERRORIST attacks harm nations not only through taking human lives but also by increasing tensions within the society and fuelling fear of foreigners. These fears are sometimes also directed against those who are themselves victims of violence and terror, the refugees. Terrorist attacks often result in countries taking severe measures that might in fact lock out those in genuine need of help.

"Refugees are victims of persecution and violence and they indeed seek protection. Somehow, we have a strong link with them. We are all like refugees when it comes to terrorism because we all feel persecuted by them and we want protection," says Pierfrancesco Maria Natta, the head of the local Office of the United Nations High Commissioner for Refugees (UNHCR) in Bratislava.

The Slovak Spectator spoke to Natta about the challenges that Slovakia faces during these complicated times of EU integration and the fight against terrorism.

The Slovak Spectator (TSS): An amendment to the asylum law that came into effect on February 1, 2005, is designed to prevent abuse of the system and harmonize asylum law with EU legislation. Has the legislation proved to be effective so far?

Pierfrancesco Maria Natta (PMN): Slovakia has been adopting the right legislation and amending it in a timely fashion. Yet, the problem is not with the legislation itself, but rather its implementation. This is not Slovakia's problem alone. All the EU countries have to transpose EU directives to their national legislation and then to implement the laws.

Even countries that have much greater experience with refugees than Slovakia have problems with this process. The effective implementation is of course linked to the capacity of the administrative structure and in Slovakia these capacities are still very weak.

TSS: UNHCR will help Slovakia become a target country for refugees, said European head of the UNHCR Pirkko Kourula after meeting Justice Minister Daniel Lipšic earlier this month. How does UNHCR want to achieve that goal?

PMN: We have signed a Memorandum of Collaboration with the Ministry of Justice. We already have ongoing cooperation with the ministries of interior and foreign affairs. Based on this document, we will organize special trainings for the judges who are now fully involved in the asylum system.

The UNHCR wants to assist the Justice Ministry in the process of the transposition of the asylum legislation. Not to influence the process, but rather to point out possible loopholes and ring the bell when we think that certain legislation might be against international standards.

The ministry will inform the UNHCR about the preparations of asylum-related legislation in advance.

The UNHCR also wants to assist the integration of people who are granted asylum, which can be a very difficult task. It is a good time for Slovakia to see what has been achieved in this sphere in other European countries and then to adapt these experiences to its local conditions.

The task force unit, coordinated by the UNHCR, which involved the Interior Ministry and several NGOs and foreign embassies in Slovakia, concluded that more funds need to be poured into the system and that staffing needs to be improved. In Poland 600 people work at the immigration office. Here the Slovak Immigration Office has only 160 people. In Sweden there are 3,000 people working in their system. With limited staff you cannot expect people to perform in the same way as other countries perform.

TSS: The UNHCR warned that Slovakia still lags behind in granting asylum to people. This is a problem you have been pointing out for the past couple of years. Has there been any progress yet?

Last year, we declared that the system was not able to cope with the increasing number of the refugees. You also see the recognition rate doubled this year, but it is still very low at 2.5 percent. [Last year it was 1.14 percent.] Only 10 people, compared with 431 in Poland and 2,264 in Austria. This is the lowest acceptance rate in Europe.

We certainly believe that more decisions [on people's applications] are being taken but a major problem remains that almost the same number of people who are coming into the country are then disappearing and go further West. It in fact means that in 2004, about 9,000 people, excluding those with repeated application, moved further West.

TSS: What are the target countries for the "disappeared" people? Has the disappearance rate decreased over the first six months of 2005?

PMN: Compared with Slovakia's 80 percent decrease in the number of asylum seekers, Austria posted a 20-25 percent drop, which is a much milder decrease.

While before, most of the people were applying for asylum in Slovakia before leaving the system and going to Austria, probably now many of them avoid registering in Slovakia and go directly to Austria. We cannot really prove this theory.

Before, people used this system to legally cross through the country. Now they probably feel they don't have to use this system because, due to the Dublin protocol, after being registered in Slovakia, they might be returned to Slovakia after being tracked in other countries like Austria, Germany or Great Britain.

It is quite a challenge for all of Europe to make Dublin effective; then there is the burden on the countries that are on the border. But if people do not register and can continue undetected, then Dublin has no purpose. This is something that needs to be analyzed most urgently.

TSS: What could be a possible solution to this problem?

PMN: The main goal should be to create a system that separates people who need international protection from those do not need such protection. The migrants simply need a different registration system to allow them to stay and be productive for the country. Or to be returned if they do find legal jobs.

Currently, here there is still no effective system for separating migrants from asylum seekers. There are many people who are moving further west and are abusing the system and we agree with the Migration Office that not all of these people are refugees.

But it is the system that allows them to move further West, and in the end it creates problems for those who in fact are in need of protection and want to apply for asylum in Slovakia.

We would like to create a system that would speed up the procedure for those who have a good claim, instead of looking into all cases, including those who are obviously not refugees. We need to concentrate on the small number whose cases deserve to be heard. We need a system that would encourage these people to seek asylum in Slovakia and not go to other countries using smugglers.

Such a system of course would need more trained staff with the appropriate language skills. The lack of English proficiency does create a problem and this knowledge would certainly speed up the procedures.

I do not mean to say that the border police and other staff are not capable of dealing with the system, but if they had better salaries, better equipment and more colleagues, more interpreters, they would deal with it much more effectively.

Then there is the Schengen regulation, which will put even more stress on border control. Recently, €50 million was given to Slovakia to control the border. Compare that with the budget of the Migration Office, whose resources are much less (€7 million): the difference is too big.

Countries tend to stick to the idea of having a strong border control instead of having an asylum system that can really be a tool to determine who comes into the country.

TSS: What impact do terrorist attacks have on the local perception of asylum seekers.

PMN: This is an issue, which needs to be addressed and explained. Refugees are victims of persecution and violence. They are the first ones who would like to be protected and we are all like refugees when it comes to terrorists because everybody feels persecuted by terrorists.

The general reaction is often to call for the exclusion of incomers because we simply do not know who these people are. In Gabčikovo there are people of 31 nationalities asking Slovakia for protection.

Again if you have an effective system that can detect who the people entering the country are, then you will also create the possibility for the local community to help the state, which has the right to protect citizens from certain groups, but certainly not from people who are coming here in hope of help.

But I have not sensed any particular increase of tensions in Slovakia. A recent survey stated that 74 percent of Slovaks consider it necessary to help refugees: seven percentage points more than three years ago.

TSS: How successful is the process of integration of refugees into Slovak society?

PMN: We do not have many cases to integrate. But there is a big gap in that integration process. We have some housing units that have been built in cooperation with UNHCR, in Bratislava, Košice, and Lučenec. However, the costs of the rent and electricity bills are often higher than the social benefits that the refugees get. The rent sometimes reaches Sk4,000 (€100).

We had a case of a woman with three children from Serbia-Montenegro. She has now delivered a new baby, so she cannot work. She is receiving social assistance that is below her electricity bill and rent. How can she live? There is a request for her eviction. We will talk to the authorities and tell them that it is not possible to evict a refugee on maternity leave and who is living in a house that UNHCR has co-funded.

We need a policy in which you provide language and work training, which gives a person a chance to find a job and integrate into the society. If refugees have to pay more in rent than the social security they receive, then they will go to a different country and this for a country that will enter the Security Council is surely not a good "visit card".