FOR THE seventh year in a row the city of Bratislava is organizing Green City, a project aimed at tidying and making the Slovak capital greener.
At a press conference on July 14, city officials announced that the districts of Ružinov, Petržalka, and Lamač had been chosen for cleaning and greening this year. 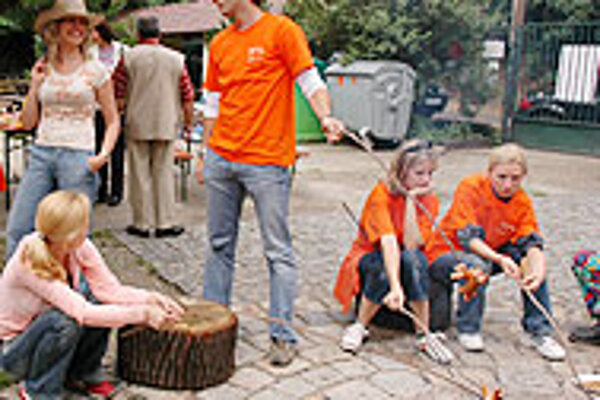 Font size:A-|A+0
FOR THE seventh year in a row the city of Bratislava is organizing Green City, a project aimed at tidying and making the Slovak capital greener.

At a press conference on July 14, city officials announced that the districts of Ružinov, Petržalka, and Lamač had been chosen for cleaning and greening this year.

Each year, the environmental project, organized by Bratislava City Hall and Philip Morris Slovakia, chooses the areas based on votes cast by the capital's residents. This year voting took place between April 13 and June 20 via regular mail and the Internet. A total of 3,666 people cast their votes and people were also invited to send in their suggestions for Green City projects.

The district of Ružinov came top this year, with 970 votes. Petržalka was second with 762 votes and Lamač third with 384.

People from 13 of Bratislava's 17 districts participated in the voting.

The cleaning and greening work will take place at weekends between July 16 and July 31. The whole project was officially launched on July 12 in Bratislava's popular Horský park.

Although the city has recruited students to do the work, volunteers are invited to help.

"In a period when the city of Bratislava is seeing probably the biggest construction boom in its history, it is great to see that there are still people and companies who consider improving the quality of their environment to be an important issue. I know, based on my own experience, that it is the projects in which people participate that enjoy the best response and have the best chance of continuing," the city's Mayor Andrej Ďurkovský told the press.

The start of this year's Green City in Horský park saw almost 100 people from City Hall, Bratislava districts, Philip Morris, the event's media partner JCDecaux Slovakia, and other business partners, help to clean the area near the statue of Alexander Trizuljak which includes nine benches in a semi-circle symbolizing the artist's family members.

"We are glad that thanks to the philanthropy of the project's coordinator we have been able to clean up another entrance to Horský park, and we are glad that the City Hall and the partners from the business sphere, demonstrate that they care about our park, which has become the green heart of Bratislava," said the director of the Horský park foundation Kamil Procházka.

During last year's Green City, in which the Old Town, Petržalka, and Ružinov were greened and cleaned, some 800 new trees and bushes were planted and around 200 people joined in the work.

Originally, Green City started as an initiative between the municipality of the Old Town and Philip Morris Slovakia and focussed on cleaning up the city centre.

It was only later that the project expanded to include the city's other districts.