Railway company up for grabs

FREIGHT company ŽSSK Cargo, one of the first state-owned railway cargo companies to be privatized in Europe, can have no complaint about any lack of interest from foreign investors. Concerns from several countries are said to be eyeing the Slovak company, which could provide an important link to Russia and the East. 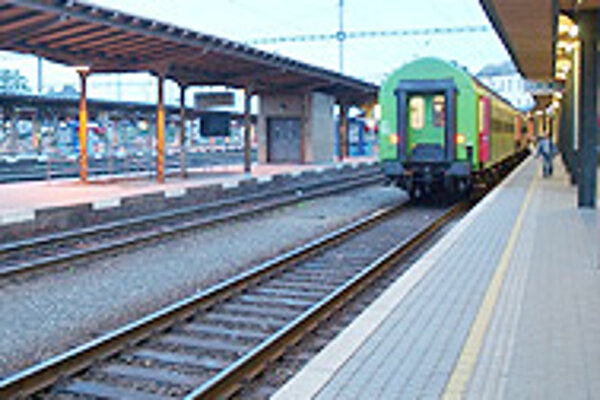 Font size:A-|A+0
FREIGHT company ŽSSK Cargo, one of the first state-owned railway cargo companies to be privatized in Europe, can have no complaint about any lack of interest from foreign investors. Concerns from several countries are said to be eyeing the Slovak company, which could provide an important link to Russia and the East.

Speculation has been rife in the media since late May that Hungarian railways (MÁV), Deutsche Bahn and US investment group Rail World were also potential bidders for Slovakia's freight operator.

The Slovak government launched the privatization of Cargo through press advertisements that call on investors to show their preliminary interest in the company as a whole. The interested parties are requested to submit information on their entrepreneurial activities, including those relating to railway transport.

Rules and information on the procedure are given to companies after they sign a confidentiality agreement. At that point, the government asks for their preliminary bids.

Analysts say private ownership of Slovakia's freight transport business could be a profitable investment for those transporting goods to the East, especially Ukraine and Russia.

Though the privatization process has its opponents, the Transport Ministry thinks that it will not be disadvantageous for the state to privatize ŽSSK Cargo, and says that the first country in the region that privatizes its freight operator will get the most money.

"The truth is that there are globalization trends in the world, and whoever privatizes freight transportation in Central Europe first will have the greatest chance to get the most money for it. It is a very interesting package for a future investor," Tomáš Šarluška told The Slovak Spectator.

Šarluška thinks that other carriers might have problems in the future because a supranational freight operator will be formed and it could very well push smaller carriers, perhaps the state-owned ones, out of the market.

So far ten bidders have requested the information on ŽSSK Cargo and conditions of the tender.

"Rail Cargo Austria AG [freight company of ÖBB] is interested in Cargo Slovakia. The process of privatization is confidential so we cannot give further information about details or strategy," Andreas Rinofner, Head of Corporate Communications of Rail Cargo Austria told The Slovak Spectator.

"Concerning economic tradition and geographic position the main direction of the economic focus of Rail Cargo Austria is CEE [Central and Eastern Europe]," he added.

According to Austrian Transport, Innovation and Technology Minister Hubert Gorbach, the Austrian railway company has been through a restructuring process and became a strong and competitive partner in the railway transport sector.

The financial group Penta has also confirmed its interest in the freight operator for the Spectator.

"Private equity group Penta has taken the information memorandum and it will most probably take part in the tender for the sale of the company Cargo," Andrea Straková, spokeswoman for the Penta group, told The Slovak Spectator.

"In Slovakia and the Czech Republic there are several top quality experts on rail cargo transportation with whom we will cooperate in managing the company in the case of our success in the tender," Straková added.

"Currently we are working intensively on shaping a consortium with a foreign strategic investor who has direct and long term experience in managing cargo transportation," said Straková.

Another Slovak financial group, J&T, also has an appetite for Cargo. The company told the SITA news wire that in principle it is interested in the privatization, but the company is still exploring individual possibilities. Just like Penta, J&T is also considering seeking a partner to form a consortium.

Head of the Transportation Ministry's Office Vladimír Drozda, told the daily Pravda that the state is satisfied with the interest that the firms have shown so far.

According to a schedule for Cargo's privatization approved by the cabinet and parliament, due diligence by selected investors and bid preparation should take place in August and September, while definitive bids should be submitted in October.

"The tender should be completed by the end of the year," said Finance Minister Ivan Mikloš.

Privatization of Cargo Slovakia is part of the state's liberalization of the railway transport market. The company itself, however, is hungry for new investment.

In July, Transport Minister Pavol Prokopovič said that the ministry would like to get at least Sk15 billion (€380 million) out of the privatization deal.

The state-owned freight company has 16,000 wagons, of which 1,300 were modernized last year. The company invests between Sk420 million and Sk650 million (€10.7 million and €16.6 million) every year in modernization efforts.

Cargo Slovakia was established in January 2005, when the state split its national railway company Železničná spoločnosť (ŽSSK) into two joint-stock companies: ŽSSK Slovakia and ŽSSK Cargo Slovakia. The former operates solely as a passenger transport entity, the latter as a railway cargo operator.

The Transportation Ministry explained that the profitable freight transportation part of the business was keeping the company's passenger transport services alive. "This kind of subsidization is not allowed by European law," Prokopovič explained in July of 2004.

Experts said that if ŽSSK had remained one company, the support provided by the freight transport business would have weakened its market competitiveness.

ŽSSK was among the biggest non-financial companies in Slovakia. With a cumulative staff of more than 19,000 employees, it was the second biggest Slovak employer.