AT THE SAME time as Hungary is inviting a foreign investor to put money into its national airport, the Slovak Transport Ministry announced a public tender to privatize Slovakia's two largest airports. 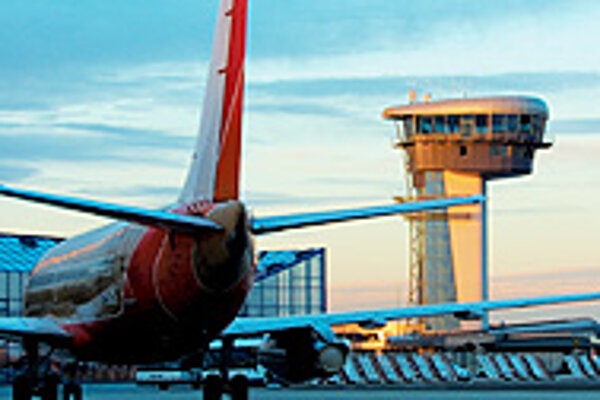 Font size:A-|A+0
AT THE SAME time as Hungary is inviting a foreign investor to put money into its national airport, the Slovak Transport Ministry announced a public tender to privatize Slovakia's two largest airports.

The process was started by the government publishing an advertisement in the media inviting potential investors to express an interest in the purchase of a 66-percent stake in M R Štefánik International Airport in Bratislava, and Košice Airport.

The state will maintain a 14-percent stake in each airport while the respective regional governments and municipalities will keep 10-percent shares in the airports.

A deadline of August 15 has been set for potential bidders to submit the necessary documentation to government privatization advisor Meinl Bank AG.

As soon as potential buyers sign a Non-Disclosure Agreement, they will receive detailed documentation regarding the public tender.

Subsequently they will have to submit evidence of their ability to run an airport, as well as preliminary offers, by September 5, 2005.

Potential buyers can bid for one or both airports at the same time.

The strategic task of the new investor will be to significantly extend each airport's capacity by constructing a new terminal, building large new parking facilities, and developing overall infrastructure and services for passengers.

In a memo sent out to The Slovak Spectator, the director of the ministry's civil air travel department, Branislav Kvasnica, said that the privatization of both airports is the final step in the sector's "transformation process".

Both airports have experienced a dramatic increase in passengers over the past year. Nearly 900,000 travellers, virtually double the numbers in 2003, used Bratislava airport in 2004.

The current year looks even more promising. According to preliminary data from Bratislava, the airport served almost 350,000 passengers in the first five months of this year. Bratislava airport hopes to cross the one million mark this year, with a plan to serve 1.2 to 1.3 million passengers in 2005.

Plans are being developed to turn Bratislava airport into an international hub, connecting the North with the South and the West with the East.

Work has already begun on extending the check-in area and building eight new check-in desks. Also, the check-in process itself will be made faster and more efficient through installing new computer software. The work on the check-in area should be completed by the end of autumn 2005.

Plans are also in the pipeline to extend the parking areas. Meanwhile, airport representatives are currently in negotiations with potential investors for a restaurant to serve passengers.

It is however, important that the privatization process is managed efficiently, say air carriers currently using the airport.

"The worst thing that can happen is a period of uncertainty, when nothing progresses. The airport still needs to grow regardless of who owns it. It is important that these decisions are not blocked due to the privatization process. If it has been decided, it should be privatized quickly," Christian Mandl, CEO of SkyEurope, the largest carrier in Slovakia, told The Slovak Spectator in a recent interview.

"Changing the ownership of the airport is not an answer to our problems. What is actually more important for us than knowing the name of the new owner, is knowing who is going to manage the airport. It needs to have an effective management, one that is able to take commercial decisions quickly. It is not difficult to start a new connection but for an airport it takes time to build infrastructure and develop services for the airlines, particularly when the airport infrastructure is always lagging behind the expansion of air traffic," he added.

Yannis Capodistrias, the marketing manager of EasyJet in Slovakia, also expressed his concerns. He told The Slovak Spectator that his company's "only issue with the privatization is that Bratislava airport is practically a monopoly. Therefore, the privatization process should happen under regulatory control, so regulation is in place and the authorities make sure that the new owner of the airport does not exploit this monopoly".

Opposition party Smer, however, also has concerns regarding the privatization.

Fico's preferred solution would be to postpone the process and give the airports time to consolidate their positions. He said that the companies need time to prepare a business plan for at least a few years ahead and show that they are able to function before selling to investors.

However, knowing that the privatization is virtually unstoppable, he asked the government to privatize in two stages. The process would involve first selling 50 percent of the airports and include the signing of an agreement on purchasing rights regarding the remaining shares.

This agreement would contain the condition that the investor keep to the original privatization contract and present evidence of an ability to develop and manage an airport.

Kvasnica from the Transport Ministry, however, disagrees, saying that the current privatization contract already includes "blocking rights" for the state, which ensures the ministry can stop unwanted activities, even with just 14 percent of the shares.

Kvasnica also said that the decision to sell 66 percent came as a direct response to a privatization process in Budapest, Hungary, which is currently offering for sale 75 percent of Ferihegy airport.