STATE assistance needs more specific rules when it comes to deciding what level of incentives to grant to what type of investor. Roman Kuruc, general director of the Slovak Investment and Trade Development Agency (SARIO) said the agency has now prepared such rules. They should make it easier to formulate a concrete offer to investors. 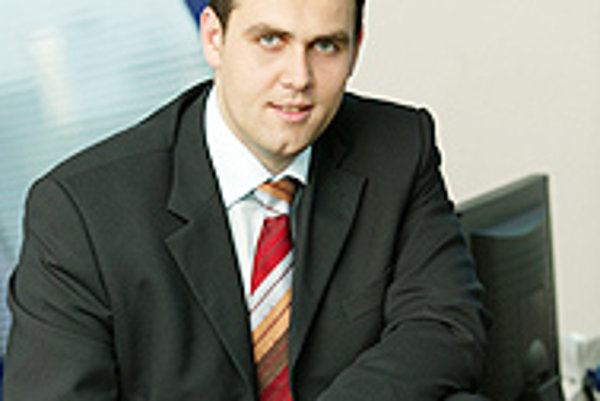 Font size:A-|A+0
STATE assistance needs more specific rules when it comes to deciding what level of incentives to grant to what type of investor. Roman Kuruc, general director of the Slovak Investment and Trade Development Agency (SARIO) said the agency has now prepared such rules. They should make it easier to formulate a concrete offer to investors.

Kuruc pointed out in an interview with The Slovak Spectator that Slovakia must take advantage of the current boom of investments here. Later, when countries like Romania and Bulgaria step into the game, the competition in attracting investments will be even tougher. He said a knowledge-based economy could help at least partially solve this problem.

SARIO was trying to solve a different kind of problem. It is the fact that the state assistance defined in the act is not directly claimable. The act sets out only the framework on state help. The agency needs to have clear rules on what incentives could be offered to which types of investors when submitting bids to investors. Finally, we have prepared such rules in cooperation with the Economy Ministry.

In the proposal we have divided Slovakia into several regions. The level of the state assistance would be determined according to various criteria, such as the rate of unemployment in the region, which will be assessed twice a year, the employment structure provided by an investor, the field of investment - whether it is a sophisticated production operation or not, what the level of added value of an investment is, whether it is an investment into production, services, or if an investment can potentially attract additional investors and others. The new rules are currently waiting to be discussed by the cabinet.

TSS: Can you put the new rules on state assistance in the context of the recent Hankook Tire case? [The Economy Ministry proposed state assistance to Hankook Tire of Sk2 million (€51,500) per one created job but the cabinet rejected the proposal, arguing that the sum was too high and there is not enough money in the state budget.]

RK:Of course, the rules are not enough. We need to have the budget. These things are mutually dependent.

On the other hand, the projects with a value of more than a certain amount are a bit different. We are talking about investment projects of €100 million or €200 million [The Hankook Tire investment was estimated at €500 million. I think that there cannot be any rules when it comes to such high investments.

In this case, it is not only about incentives and state assistance, it is also about regional development, new infrastructure. It is necessary to look at such projects globally. For example, I think it is not correct to qualify highway construction as a part of incentives for such an investor. Such infrastructure would not be used by just one investor, but for the general public. It would be more reasonable, for example, to try to match the state's plans for infrastructure construction with an investor's plans and this way arrive at a solution.

TSS: According to the Economist Intelligence Unit's and other analysts' reports, foreign investors will stop being interested in the new EU countries in about five years. The investors will move to countries with cheaper labour. What is your prognosis for the development of foreign direct investment for the next few years in Slovakia?

RK: Up until now, we have been in competition with countries like the Czech Republic, Hungary, and Poland. Currently, the list is expanding toinclude Romania and Bulgaria, and even Ukraine. It is not simple. Thus, we need to take advantage of the current investment boom, which might last another two years, as much as possible. After that, when those countries are politically and economically stable, the competition will be even tougher.

Those countries are not yet EU members, their legislation is not yet harmonized with EU legislation, and they do not have to stick to strict rules on state assistance. I think they will do everything to attract investors.

This is why it is so important to build a knowledge-based economy in Slovakia, although the high unemployment rate in some districts, and the structure of the unemployed, mean that sophisticated production and operations would not be suitable, because the level of education of the unemployed is quite low.

TSS: Creating a knowledge-based economy is one of Slovakia's key goals. How can SARIO help in achieving this?

RK: The influx of foreign direct investment does not mean only production, assembly, and physical manual work; it is also investment in software and into research and development. Is this part of the knowledge-based economy? I think so. SARIO is currently working on such projects, for example in Trenčín, Lučenec, near Bratislava, and in Trnava.

TSS: About one year ago, SARIO introduced the "Aftercare" service, which focusses on investors already established in Slovakia. Are investors interested in such a service?

RK: Aftercare is working. We conducted a road-show throughout Slovakia, during which we met investors. We obtain information from investors through such events that is very useful for us. We found out how the companies are feeling about doing business in Slovakia, what they do not like and so on. We talk about various topics.

I think Aftercare is important not only for the exchange of information but also for the possible expansion of current investors in Slovakia. Access to information and the state's approach towards investors are significant factors in investors' decisions to stay in Slovakia or move production abroad.

Of course, if there is a high share of manual work and the price of labour is an important factor, we will not be able to prevent moving production to cheaper countries like Bulgaria, Romania or former Soviet Union countries. This is another reason why a knowledge-based economy is important.

TSS: SARIO recently signed an agreement with the Tokyo-Mitsubishi Bank. What is the agreement about? With what other such institutions does SARIO have similar agreements?

RK: SARIO has signed such agreements and Memorandums of Understanding with institutions from other countries. These are mainly Asian countries, Korea and Taiwan for example, but also European, such as Switzerland. The reason is simple. These institutions have many clients who are interested in countries where they could advantageously place their investments. The clients use the banking sector and agencies like SARIO as an important source of information about investment opportunities.

Tokyo-Mitsubishi Bank is one of the strongest banks in Japan. After events that SARIO held last year in Yokohama, Tokyo, and Osaka, we came to the conclusion that it [signing the agreement] would be a good form of promotion not only for SARIO but for the whole of Slovakia too.

The bank has a large number of clients and helps them prepare investment projects. We agreed on a more frequent exchange of information and defined activities that we want to achieve in a short period of time. We also feel that Slovakia is a bit lagging behind concerning Japanese investment. Additionally, we get quite a lot of inquiries from Japan, mainly from the electro-technical industry.

TSS: Apart from attracting foreign direct investment, support of export is another role of SARIO. What activities is SARIO doing in this sphere?

RK: It was about one year ago when SARIO opened a new division of foreign trade. It also includes communication with trade attachés abroad in 56 permanent representation offices. I think this has really paid off for us. We have obtained a lot of information this way, which we have relayed to Slovak businesspeople.

Last year, SARIO also founded a sub-contract exchange. Our employees visit various fairs abroad. They show products from Slovak companies, and also gather inquiries from foreign companies about possible business cooperation. The inquiries are then processed in the agency and matched with our databases. Then we select companies in Slovakia able to provide the requested product or service. It is a very cheap way to promote Slovak companies.

TSS: Slovak small- and medium enterprises (SMEs) are still under-developed. The export support tools you have just mentioned are definitely a help in developing this sector of the economy. Why do you consider SMEs an important part of economy?

RK: There is the experience of other countries from which it is clear that SMEs are a stabilizing factor in the economy. When large firms take company days off, the whole economy feels it, to put it simply. SARIO does not want to have only big players in its portfolio. We want to pay attention to smaller entities too. I also think that activities focussed on SMEs have not been fully developed, and they deserve more attention.

TSS: How many investment contracts did SARIO assist last year? How many jobs did it create?

RK: Last year, we conducted 47 investment projects that led to the signing of a Memorandum of Understanding or the investment agreement or establishing the company right away. They amounted to a value of €1.71 billion. They directly created 12,000 jobs.

I would like to mention that SARIO's statistics for investments are a bit different from those of the National Bank of Slovakia (NBS). We count investments when the Memorandum of Understanding is signed, while the NBS registers the investment only when the real money comes to Slovakia.

TSS: Recently, you successfully won the post of general director of SARIO. For some time you had had the position of temporary director. Is your current position different from the previous one?

RM: Sure, a man has more self-confidence if he is fully appointed to a position. Such a position is not limited to six months, and that is why it is easier to plan and create a long-term strategy of the institution. And what has changed? There is more work and greater responsibility.