The cave where you can touch dripstones

IF YOU prefer a rush of adrenaline to passively admiring the beauties of nature, visit the Dead Bats Cave in the Low Tatras. It will turn you into a spelunker, at least for a while. 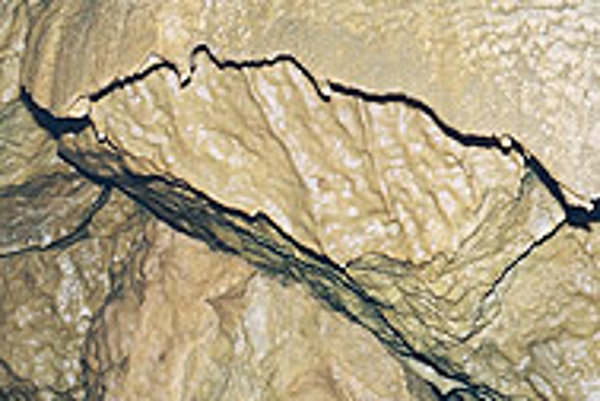 Font size:A-|A+0
IF YOU prefer a rush of adrenaline to passively admiring the beauties of nature, visit the Dead Bats Cave in the Low Tatras. It will turn you into a spelunker, at least for a while.

Visitors, when dressed in protective gear with helmets, can peer into the mysterious underground of the vast mountains and feel the chilly atmosphere of life some 20 million years ago.

The Dead Bats Cave is the first cave in Slovakia to offer ecological visits to the public. This means that speleologists have made only minimal changes to make the cave accessible. There are no concrete sidewalks to usher visitors in and unlike other limestone caves, visitors can touch the formations. In one part of the cave, they even have to step onto the dripstones to move forward.

The cave was christened with its descriptive name because of the bats' bones found there. Some of them are estimated at between 4,000 and 6,000 years old. Bat droppings are missing from the cave, indicating they do not live there permanently, but use the space for winter hybernation, otherwise returning only to die. However, the cave still awaits expert analysis.

The karst massif of the Kozie Chrbty hills hides within it many corridors among the 14 storeys explored to date. These were created by an underground river and two parallel tributaries. The known length of the cave is 19 kilometres and 320 metres deep. However, this is not its final size since speleologists continue to discover more corridors.

The entrance lies on the seventh storey at an altitude of 1,520 metres above sea level.

The average temperature inside the cave is only 3.5 degrees Celcius.

Some parts of the cave have been known since the Middle Ages. But real exploration of the cave only began in 1981, when cavers from Brezno began to slowly penetrate into its inner parts and measure the corridors and galleries they found. The process is by no means complete.

The Speleo Club Slovakia has prepared three routes for guided tours, ranked A, B and C, route A being the shortest, least demanding route and B and C being longer and more difficult.

Nevertheless, the one-kilometre-long A route gives visitors a good idea of how the karst cave developed in phases; from its origin, when the walls were empty, through the period of elaborate, shiny formations, until the sinter decoration dies and turns into dull, grey stone.

For more adventurous tourists routes B and C, which do not have artificial lighting, offer even more interesting sights. However, these routes involve climbing rope ladders and are not suitable for children.