ON THE ANNIVERSARY of Johann Sebastian Bach's death, July 28, Slovakia will resound with his music. Organists in churches and concert halls around the country will perform choral preludes of Bach's Wer nur den lieben Gott lässt walten (If You Will Only Let God Guide You) and other original works, including arrangements influenced by the composer. Several events will cross the country's borders. 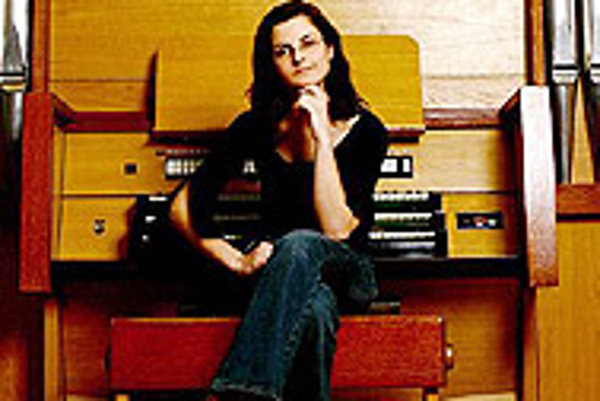 Font size:A-|A+0
ON THE ANNIVERSARY of Johann Sebastian Bach's death, July 28, Slovakia will resound with his music. Organists in churches and concert halls around the country will perform choral preludes of Bach's Wer nur den lieben Gott lässt walten (If You Will Only Let God Guide You) and other original works, including arrangements influenced by the composer. Several events will cross the country's borders.

"In all corners of Slovakia, people will meet that evening to listen to the ever-enriching music of Bach," says organizer Ján Juráš.

"They will support the project's humanitarian goal and maybe forget their everyday worries for a while."

The one-day happening is part of the yearlong celebration of the brilliant musical composer - Johann Sebastian Bach: Slovakia 2005. Since January, the project organizers have already held a number of concerts honouring the composer. More will come before the year draws to a close.

The July 28 event, commemorating the 255th anniversary of Bach's death, aimed to attract 255 organists to join in. By the time The Slovak Spectator went to print, 58 signed. However, the organizers still expect the number of participants to increase, as the "good old Slovak tradition" usually results in success, albeit at the last minute.

He addressed the possible participants personally, through his website and with the help of other institutions, mainly the Slovak Union of Towns. He thinks some were discouraged by the holiday summer season, others by non-reimbursement of expenses. But that does not worry him. What matters is that interest spreads across the country and also reaches abroad: which it has, to Ontario, Canada and Laverton, Australia, both with active communities of Slovak emigrants.

The venue with the biggest Bach response will be the sister cities of Komárno (in Slovakia) and Komárom (in Hungary), a true border town divided by the Danube. The composer's works will be performed at 12 churches: six on one bank of the river, six on the other.

Juráš credits the overwhelming interest there to Ladislav Stubendek, who is Komárno's organist at the St Ondrej Church. It was his idea to urge participation through the local priests.

"I personally cherish Bach a lot," Stubendek says, "he is one of the biggest composers, who did the most for sacral music and set a precedent for other generations."

According to the adoring organist, Komárno and Komárom work like one city when it comes to organists. When necessary, Komárno sends their organist to Komárom and vice versa. The same principle will work on July 28, too. "We registered 12 concerts but we will swap some of the musicians."

Officially, the concerts will take place from 18:00 to 22:00. In Komárno-Komárom, musicians will play Bach from the morning until 22:00. Another exception is Nitra's monastery on Farská, where the concert starts at 17:00. Dunajská Streda was granted the most extreme exemption, as there the concert took place one week earlier, on July 21.

Kremnica's concert at St Katherine's Church takes place in the middle of the international festival Kremnica Castle Organ 2005, which runs every Sunday through August 21. There, musicians will play one of Slovakia's most modern organs, a Rieger-Kloss, which was brought to the church in 1992 and enables delivery of the most difficult pieces at a high artistic level.

"It's a fantastic gesture of honouring Bach that we send to the world," says organist Stubendek, "the least we could do. And we could do more."

Schedule of the individual concerts: http://www.gondol.sk/home/juras/bach2005/megakoncert.htm.