Pohoda has it all

ONCE again it proved hard to choose just what to see at this year's Pohoda festival, even more so with the inclusion of additional genres. To limit the description of Pohoda to "music festival" is to do the event a disservice; it now far surpasses that label. 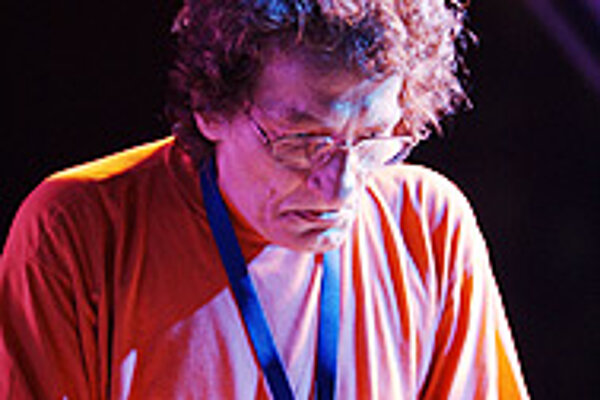 Font size:A-|A+0
ONCE again it proved hard to choose just what to see at this year's Pohoda festival, even more so with the inclusion of additional genres. To limit the description of Pohoda to "music festival" is to do the event a disservice; it now far surpasses that label.

Headlined by British electronic futurists The Prodigy and American "trashy" power band Garbage, the eight stages and variety of other activities dispersed all around the festival area gave no opportunity for let up to this year's visitor to Slovakia's largest summer festival.

The stages had everything, from indie pop and various kinds of live electronic music to hip-hop, folk and rock. They also offered a generous amount of world music, all different from one another.

While the bands on the stages twisted the visitors' heads as to which to give preference, the ongoing theatre shows, literature readings and debates on various topics gave them even more choices.

Many used their programmes to plan their schedules, but such was the variety that sticking to plans was impossible for most. If one interesting, but previously unknown, act caught the eye, or if you got caught up in a topical debate, then you could easily be delayed while on your way to watch the headline act across the festival area.

In fact, the long distances between the stages across Trenčín's spacious military airport - so advantageous in providing a large number of acts - proved problematic for some. A shuttle bus would be a good idea for future

The need for the thousands upon thousands of visitors to eat and drink translated into long queues and made it even more difficult to catch the programme's luminaries. And if you felt like a haircut after you had chomped down your hot dog or veggie burger, then Slovakia's top hair stylists were there demonstrating their skills, as well as Japanese tattoo artists and other kooky distractions. Lovers of adrenaline rushes could bungee jump, play paintball or take part in a beer wheelbarrow race.

The Saturday night thunderstorms forced the organizers to cancel six open-air shows and a screening of Sin City. Many visitors hid out in their tents, but the ones who eventually braved the elements were treated to an exclusive fare-thee-well. A Slovak legend, the ever-progressive keyboardist Marián Varga, welcomed the rising sun with a

composition specially written for the occasion.

In the beginning, Pohoda was a local festival with just one stage. Now it has expanded into a major European event. This ninth year did nothing but confirm and extend that reputation.

The festival moved to its new location at Trenčín's airport last year. The success of this year's festival showed that it was an inspired move. Vast expanses of flat lawns, interspersed with concrete, accommodated some 25,000 visitors.

After last year's tryout, there was a lot less trouble finding a piece of shade to get some respite from the summer sun, and slaking one's thirst with a swig of water also proved easier this year. Also, if you had danced yourself

into an overheated sweat then you could splash yourself from tankers or, sometimes unwillingly, be soaked by the friendly local fire officers, who cooled visitors down with gallons of fresh water.

The camping area was filled to bursting, as usual, even though it was twice as large as last time. But the atmosphere of Pohoda prevailed, the way the festival's name predestines, and everyone had a pohoda (relaxing, peaceful) time.

On Sunday morning, trying to sum up what this year's Pohoda was all about proved pretty difficult. It was impossible to attend everything, impossible to remember everything, therefore to claim that it was all great would be untrue. But on the whole it was great.

So open your diary and mark in the third weekend of July 2006, and come to next year's Pohoda.

All photos by Tomáš Halgaš