FEW companies in Slovakia understand the concept of "corporate social responsibility". In many developed countries, however, the term is well known and firms have been applying its principles for more than 20 years. 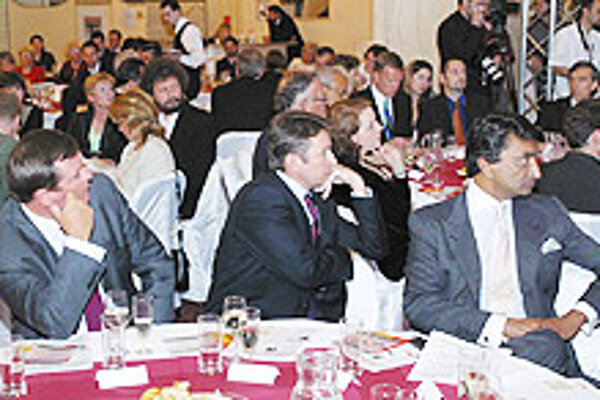 Font size:A-|A+0
FEW companies in Slovakia understand the concept of "corporate social responsibility". In many developed countries, however, the term is well known and firms have been applying its principles for more than 20 years.

Insiders agree that the global trend will soon arrive in Slovak business circles. In other words, Slovak companies hungry for success will recognize that corporate social responsibility (CSR) could give them a long-term competitive edge.

Non-governmental organizations point out that just because Slovak companies are ignorant of CSR does not mean they behave irresponsibly. What it does mean is that relatively few Slovak companies have publicly declared their commitment to CSR.

Public declarations, according to NGOs active in the field, are important. When a company promises to follow a socially responsible agenda, it must follow through.

"CSR is a commitment from business people to try to implement strategies, make decisions, and undertake activities necessary from the point of view of the values and goals of society," Lenka Surotchak, director of the Pontis Foundation, told The Slovak Spectator.

"Corporate social responsibility is a set of business practices that create a sustainable value for society and at the same time respect individual groups of stakeholders such as shareholders, employees, suppliers and customers."

Surotchak explained that in practice, CSR requires that a company evaluate its behaviour towards competitors, consumers, employees, suppliers and business partners. It requires that a company look at its economic results and consider whether it is producing safe products and providing high-value services. CSR also emphasizes an open approach to the needs of the local community and society at large. A company committed to CSR cooperates with NGOs and is environmentally responsible. Above all, it respects human rights and freedom.

According to Eduard Marček from Panet NGO, CSR includes a company's ethical code, transparency, and its relationship with employees, the local community, the environment and all the stakeholders.

"I, personally, prefer better the term 'social responsibility of business'. The word corporate may suggest that it concerns large and medium companies. That is not exactly right. CSR also relates to small enterprises and sole proprietors," Marček explained.

Surotchak from Pontis explained that the majority of corporations that have recognized the value of CSR have done so through society-focussed issues such as corporate philanthropy and by realizing that their key stakeholders are not only current or potential customers but also employees, suppliers, and shareholders.

"CSR is not new in old EU countries, the USA or Canada. There are even companies that are focussed on developing new methodology aimed at calculating and measuring social responsibility. There are plenty of indexes and audits," Surotchak told The Slovak Spectator.

"Fortunately, in Slovakia, CSR is being discussed more often and companies have begun implementing these principles in their activities. I have the impression that media coverage and competition pressure will increase firms' interest in the topic and drive new thinking," Marček from Panet said.

Sooner or later firms in Slovakia will have to find and formulate their approach to CSR. Marček admitted that companies in Slovakia often undertake activities that are included in CSR but are not aware of the concept as a whole.

Even so, he added that Slovakia generally has "much to catch up on, not only with Western countries, but also neighbouring countries, mainly the Czech Republic and Poland."

Marček thinks that the type of corporate social responsibility that is practised in Slovakia is inspired more by the Anglo-Saxon model used in America and Great Britain, than the European model.

The model for CSR in mainland Europe stems from the principles of a social system that has a strong role for the unions, a bottom-up approach, while the Anglo-Saxon model is created more at the corporate level, a top-down approach.

"It seems that Slovakia, partly because of the fact that the Slovak public sector is less engaged in CSR will tend to the Anglo-Saxon approach," Marček said. "However, EU policy in this field may influence the face of CSR in Slovakia as well."

Slovak legislation pertaining to CSR is still only in its infancy. Although the EU has adopted some CSR regulations, there is no sign of CSR legislation in the Slovak public sector. In 2003, the European Commission adopted a resolution defining a basic framework for CSR.

"We can suppose that the times of social audits, writing reports on CSR as well as keeping to CSR principles in Slovakia are just around the corner. Countries such as Great Britain, The Netherlands and France even have ministers for CSR," Surotchak.

However, she pointed out that CSR is not about legislation. The fact that Slovakia lacks legislation should not stop companies from adopting CSR principles.

A distinguished prize called the Via Bona is awarded to companies in Slovakia that conduct business responsibly. The mobile operator Orange won in the large corporations category. The company issued a report on CSR where it identified environmental responsibility as a key area.

The main Via Bona prize for small-and-medium enterprises went to the Manna agency, which operates in tgastronomy and catering. The company is notable for creating jobs for handicapped people.

In April 2004, a Business Leaders Forum (BLF) was established that set its members the goal of being leaders in the adoption of CSR in Slovakia.

What is corporate social responsibility?

Corporate social responsibility (CSR) is an approach by management to secure economic growth with respect for sustainable development.
CSR is based on three pillars: economic, social and environmental. It focusses mainly on: