COME summer, the streets of Bratislava are filled with tourists and one young Slovak musician wants to ensure that language and age prove no barrier to enjoying culture in the Slovak capital. So this week, Bratislava's Summer of Culture is hosting a series of open-air classical music concerts, under the title Musical Gardens. 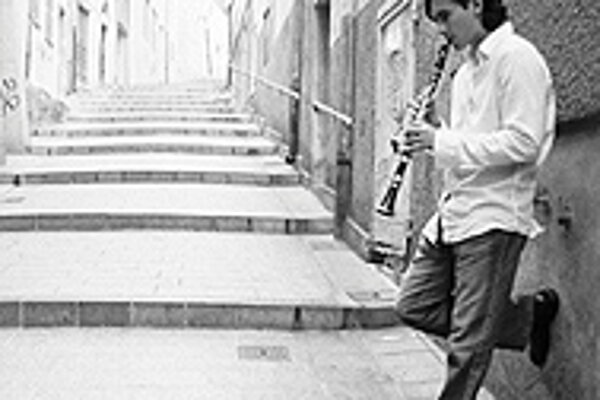 Font size:A-|A+0
COME summer, the streets of Bratislava are filled with tourists and one young Slovak musician wants to ensure that language and age prove no barrier to enjoying culture in the Slovak capital. So this week, Bratislava's Summer of Culture is hosting a series of open-air classical music concerts, under the title Musical Gardens.

While Matej Drlička, the organizer of the concerts, and the musicians, are mostly young people, the programme is a time-honoured one.

"I know, I look like I'm just a kid," said Drlička, while enjoying a coffee in the Main Square. "And most of these musicians are between 25 and 30 years old. But I wanted to give them a chance to play well-loved music in a European capital city. Young musicians playing for young people: I especially want to make this music accessible to children."

Drlička felt there was a niche to be filled in Bratislava's summer cultural scene. "The Slovaks all leave town," he said. "What is there for the tourists? The Opera and the Philharmonic are closed. The theatre is good, but it's all in Slovak. Sure, there's always club life, but there is little cultural activity happening in the evening. Who comes to Bratislava to go to the movies?" he concluded with a grin.

Since one of Drlička's goals is to expose children to music, ticket prices are very reasonable. "I understand how costs rise quickly when you want to take the whole family out," he said. "So tickets are only Sk100. And children under 12 get in for free."

And while the cost is low, the calibre of the programme will be high. "We were very pleased to have actor Marián Slovák participating," Drlička explained. "He will introduce each piece in an amusing way. But there's nothing dull about the music. I predict that no one will be sleeping during these pieces."

The concerts take place at the Old Town Hall Courtyard.

In case of bad weather, they will move to the Mirror Hall of the Primate's Palace.