A NEW, though feeble hope is burning in landowners who, in order to make way for a new KIA manufacturing plant, sold their property to the government at below market rates. 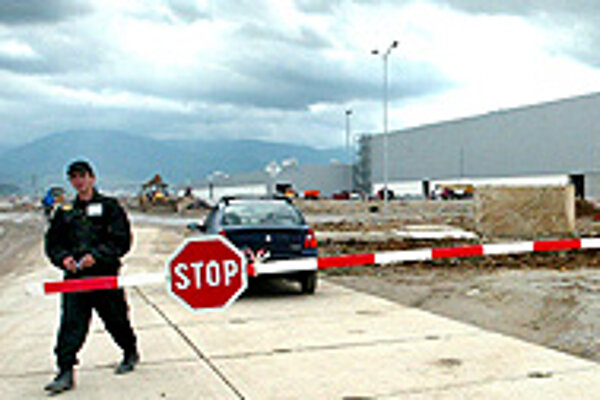 Font size:A-|A+0
A NEW, though feeble hope is burning in landowners who, in order to make way for a new KIA manufacturing plant, sold their property to the government at below market rates.

Economy Minister Pavol Rusko announced a proposal to pay the former landowners the difference between what the state paid them for the parcels, Sk140 (€3.6) per square metre, and Sk350 (€9) per square metre, the amount finally given to a few sellers who refused to part with their plots at the government's official evaluation price.

Rusko's proposal would cost taxpayers around Sk360 million (€9.3 million). The Finance Ministry is staunchly against the proposal.

"The ministers have already agreed that the issue will not be re-opened as it would set a very bad example for other former landowners, in Trnava for example," said Finance Ministry spokesperson Peter Papanek. In Trnava, French carmaker PSA Peugeot Citroen is building a new plant.

Observers say that Rusko's idea is only a gesture and that his coalition partners would never agree to pay an additional Sk210 per square metre to compensate landowners who had accepted the state's initial offer.

"We are looking at the legality of the issue. We think that if justice demands it, we should pay landowners [the difference between the evaluation price and the market value of the property]. Those landowners acted for the good of society so that new jobs could be created. It would be correct to compensate them to the same level of those that blackmailed the state," Economy Ministry spokesperson Maroš Havran told The Slovak Spectator.

The Economy Ministry says it is unconcerned at this point about the proposal's chances of winning cabinet approval.

In April, the Slovak cabinet approved Agriculture Minister Zsolt Simon's proposal to increase the government's offer for land to Sk350 per square metre to those unwilling to sell their property at the evaluation price.

More than sale prices are causing rifts between landowners and the state, however.

Some landowners are accusing the state of starting construction works for the KIA plant before the transfer of title.

While landowners have filed several complaints with the courts, a Žilina District Court judge released an official statement saying that court proceedings to stop construction would be postponed indefinitely.

The court case involves landowners who demand a preliminary measure to halt KIA infrastructure construction and Stanislav Vinc, the authorized representative of Žilina Invest, the company in charge of the construction works.

Marek Uhal, the lawyer representing the dissatisfied landowners, told the news wire TASR: "Some of the land that would be covered by the preliminary measure [to stop construction] would be intersected by a road intended to serve the KIA plant. This means that it would not be possible to use the road without entering the land concerned."

Despite obvious signs of road construction on disputed land, Vinc denies that the company has been building a road.

In July, Žilina Invest defended its presence on land that had not yet been sold by saying that archaeological research was being conducted and that archaeologists needed access to the site.

On July 14, the director of the Archaeological Institute of the Slovak Academy of Science, Alexander Ruttkay, told the daily SME that current archaeological research was being conducted only on sites that had been legally purchased.

Ruttkay said that research on the unpurchased land was completed about three weeks ago. The institute found nothing of archaeological significance.

In October 2004, archaeologists started excavating the remains of a medieval village dating from the 10th to the 13th centuries, covering an area of 14 hectares, on land where the KIA plant will be built.

Ruttkay said the find represented the first opportunity to uncover and study a complete medieval village on Slovak territory.

The archaeological work should be finished by the spring of 2006.

The Slovak construction inspection agency, which is in charge of issuing construction permits, has not made a decision about whether to grant Žilina Invest permission to build on disputed land.

Lawyers representing the landowners say that if Žilina Invest has not secured a permit to build, the inspection agency must demand that all construction stop.

To prevent such land scandals in the future, the Slovak parliament has adopted newly drafted legislation simplifying the process of expropriation of private property by the state in case of strategic investments.

"The amendment should significantly speed up expropriation proceedings. The revision obliges the court to decide on the validity of the expropriation based on the construction law within three months after arguments are filed," Gyurovszky said.

Slovakia's mishandling of the KIA investment has given international investors pause. For example, the highway from Bratislava to Žilina, which the state promised to complete for KIA by the end of 2006, will not be finished on time.

"We will not manage to finish a six to seven kilometre-long stretch around Považská Bystrica," Tomáš Šarluška, spokesman for the Transport Ministry, told The Slovak Spectator. Unless a solution can be found this means that KIA lorries will be driving through the centre of Považská Bystrica.

Transport Minister Pavol Prokopovič has already met and reported the expected delay with KIA representatives. He said that they were not angered by the complication.

The original investment contract signed by Hyundai/KIA and the Economy Ministry stated that an unbroken highway between Bratislava and Žilina would be completed by the end of 2006.