THE MOVEMENT for a Democratic Slovakia (HZDS) has decided to take a different approach to the upcoming national elections in 2006. Hoping to avoid the big losses it suffered in 2002, the opposition party will restrict its nominations to long-term party loyalists. 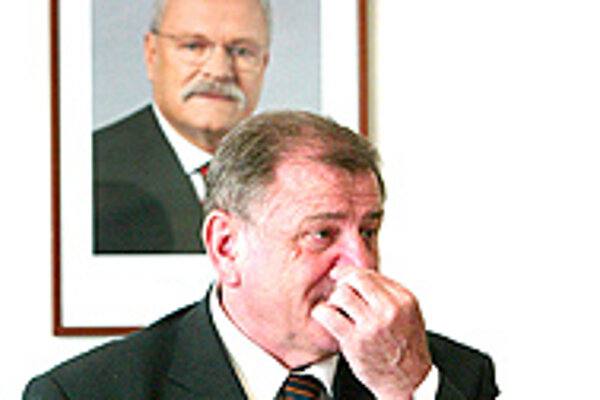 Font size:A-|A+0
THE MOVEMENT for a Democratic Slovakia (HZDS) has decided to take a different approach to the upcoming national elections in 2006. Hoping to avoid the big losses it suffered in 2002, the opposition party will restrict its nominations to long-term party loyalists.

The party chairman, Slovakia's ex-PM Vladimír Mečiar, told journalists that the HZDS would no longer select candidates based on their celebrity status.

"We are not taking this risk today. Instead, [we prefer] a political selection of candidates, those who have been with the party for years," Mečiar said.

Mečiar now believes the party's strength lies in its loyalists. Since the 2002 elections, the HZDS has lost more than one-third of its original HZDS deputies. Thirteen of the party's 36 MPs have renounced their affiliation with the HZDS.

Mečiar blames "outside pressures, the threat of repressions and unfulfilled ambitions" for the exodus of its MPs.

According to HZDS Deputy Chairman Milan Urbáni, there are multiple reasons why various deputies abandoned the party. "It is hard to generalize," Urbáni told The Slovak Spectator, "but the thing they had in common was that they did not respect the principle of staying with the party that nominated them to parliament."

Urbáni pointed out that many former HZDS deputies are independents, some of who went on to establish their own parties.

The opposition Movement for Democracy is one such party, founded by standing Slovak President Ivan Gašparovič immediately after he left the HZDS.

The People's Union (ĽÚ) is another product of an HZDS defector, Vojtech Tkáč. Tkáč later left the ĽÚ to join the opposition party Smer.

Grigorij Mesežnikov from the Institute for Public Affairs, a Bratislava-based think tank, agrees that many former HZDS deputies left to fulfil ambitions elsewhere.

"They thought the HZDS would be a ruling party, but for two terms in a row they are the opposition," the analyst told The Slovak Spectator.

Mečiar suggested that the results of the 2002 elections would influence the party's top picks for the 2006 elections. Those who performed well in 2002 as HZDS candidates would likely run again.

"Trenčín [region], for instance, will have 27 HZDS candidates and Žilina 26. But Bratislava will only have 13, because the party did not give [good] election results [in 2002]," Mečiar said. The "bank of candidates is almost closed", he added.

Urbáni stressed that the system of nominations - starting with the selection from the bottom party structures in the districts through to regions - would be maintained.

"What is changing is the quality of the selection process. We will be looking more at their political loyalty to the party and their past activities in the party as well as how long they have been members," he said.

Mesežnikov thinks the recent shift in HZDS general election tactics shows that "Mečiar wants to strengthen his influence in the party even more".

"The HZDS intends to position itself as a potential coalition partner and Mečiar does not want the regional structures of his party interfering with his planned policies. Thus, the strengthening of loyalty is necessary," the analyst said.

The HZDS has been out of power for eight years. Mečiar has been hard at work trying to consolidate his party.

In an interview with news agency TASR, Mečiar admitted that the party's current caucus was marked by internal conflicts and "certain tensions".

It remains unclear whether the HZDS's new plan for candidate selection will help prevent party departures in the future.

"We have no such X-ray that would reveal the conscience [of the candidates]," Mečiar said.