The Minister of Construction and Regional Development, László Gyurovszky, says his main goal is to "reduce regional disparities and help lift the economic and social level of regions that are lagging behind". 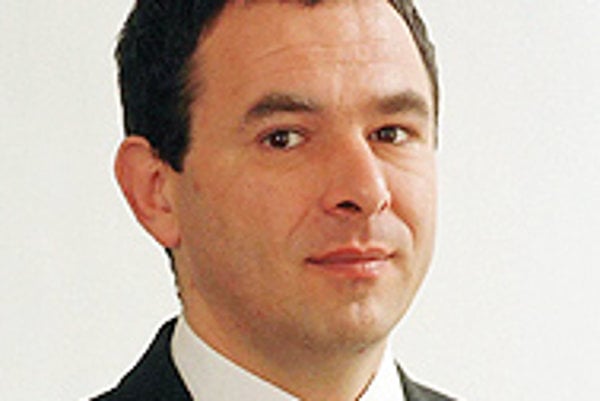 Font size:A-|A+0
The Minister of Construction and Regional Development, László Gyurovszky, says his main goal is to "reduce regional disparities and help lift the economic and social level of regions that are lagging behind". With the western portion of Slovakia benefiting from foreign direct investment to the apparent exclusion of the country's depressed eastern regions, Gyurovszky faces a difficult challenge.

The Slovak Spectator met with Gyurovszky, an appointee of the ruling Hungarian Coalition Party, to discuss the ministry's role in improving the standard of living for those in Slovakia's underdeveloped regions. In addition to explaining how European Union structural funds work and his vision for a revitalized housing market, the cabinet minister discussed the passage of an amendment that helps speeds up state expropriation of private property.

The Slovak Spectator (TSS): Slovakia is experiencing high economic growth and big investors continue to view it as an advantageous country to do business. There are parts of Slovakia, however, that have not felt any economic improvement. Analysts point to a deepening gap between the developed western regions and the East.

László Gyurovszky (LGY): Our main goal is to reduce regional disparities and help lift the economic and social level of regions that are lagging behind. When deciding on the distribution of finances for developmental projects, the ministry takes into account many factors: the region's unemployment rate, its interest in drawing structural funds, its existing economic activities and the impact of foreign investment. Regional distribution is one of the main aspects. Judging by the large number of development projects going on in all regions of Slovakia, we are likely to see changes soon.

TSS: What tools does the government have to improve the economic and social situation in Slovakia's least developed regions?

LGY:One of the main tools is the European policy of solidarity and coherence, which is financed by EU structural and cohesion funds. Slovakia is responsible for securing co-financing on particular projects. For the period of 2004 to 2006, we have come up with Sk19 billion (€487 million). The aim of our programmes, of course, is to further develop infrastructure, industry and services, agriculture and human resources in the least developed regions.

TSS: To what measure is the poor economic performance of certain regions a result of bad decision-making in the past?

LGY: Decisions that proved to be less effective in the past have had only a relatively small impact. This is because, in the past, overall approaches to the regions were short-term. Today we try to develop sustainable projects and keep the country in balance so that disparities will not deepen further.

TSS: How much money is currently flowing into Slovakia from the EU, and from which pocket? What are the priorities of the EU in regards to these funds? What are Slovakia's priorities?

LGY: Currently, Slovakia is drawing money from the European funds for regional development, the European social fund and the European agricultural guarantee fund. In total, these funds reach €1.7 billion. Slovakia draws the funds based on the National Development Plan, which defines the priorities of the country for 2004 to 2006.

There is an agreement between Slovakia and the EU on the use of structural funds based on joint priorities for regional development. Priorities include sustainable development supported by free market competition, increased employment and the integration of environmental interests into strategic spheres.

TSS: Applicants for EU structural funds have been criticized in the past for failing to submit high-quality projects. Has this changed?

TSS: One of the priorities of the ministry is to use structural funds to solve the problems of substandard Roma settlements. Numerous projects have been planned and announced. Has the ministry noticed any improvement? Have these projects brought results? What are ministry's priorities here?

TSS: Data from the Statistics Office indicates that construction is booming in Slovakia. What is driving this development?

Slovakia's entry to the EU is behind this growth. With EU accession came a demand for construction fuelled by a need for technical infrastructure and housing. The influx of foreign capital and foreign investors has also had an impact. There are new business opportunities for Slovak companies which has led to increased trade contacts.

TSS: Parliament adopted a newly drafted law simplifying the process of expropriation of private property by the state. How does the new legislation work?

The amendment should significantly speed up expropriation proceedings. The revision obliges the court to decide on the validity of the expropriation based on the construction law within three months after arguments are filed.

TSS: You have advocated the use of EU structural funds to restore blocks of flats that were built during the Communist era and renew their environment. How did EU institutions react? Is the Slovak cabinet supportive of this idea?

LGY: The cabinet declared that it would strive to create favourable conditions on the housing market through legislation and economic tools. However, the primary responsibility remains on the shoulders of individual flat owners.

The effort to widen the use of EU structural funds to include housing is merely an initiative at this point, with debate focussed on the energy effectiveness of buildings. But we would like to see the whole housing market revitalized and restructured. Potential EU funding would only be part of the equation: private and public funds would also help [the revitalization efforts].

TSS: Slovakia must build around 200,000 new homes to reach the levels of older EU members. Why is Slovakia falling behind in new flat construction?

LGY: The housing construction market is affected by macroeconomic factors. As Slovakia experiences economic growth, as wages increase and inflation drops, the better the housing construction market will do. State support, on the other hand, is targeted at economically and socially vulnerable groups; thus the state pays more attention to boosting rental and subsidized houses.