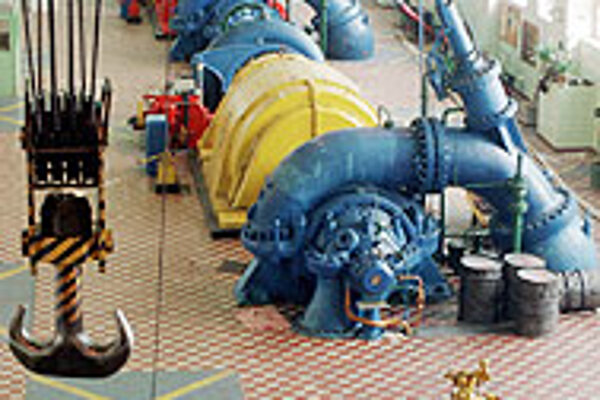 In its first investment plan proposal, submitted to the Economy Ministry last week, Enel requested that SE revise its long-term contracts with aluminium smelter Slovalco, Oravské Iron-Alloys and Gas-Steam Cycle. At the very least, Enel wants Slovakia to compensate the buyer for the revenue losses the contracts represent.

"We continue to consider Enel the best partner for the power utility SE. We are negotiating with Enel and we do not expect to fail to reach an agreement," Economy Ministry spokesperson Maroš Havran told The Slovak Spectator.

Only a day after the ministry rejected Enel's initial investment proposal, the Italian buyer submitted a new plan, saying the Slovak cabinet would find it acceptable.

Enel believes its latest investment proposal is in harmony with Slovakia's demands, including the completion of a nuclear power plant in Mochovce.

"Enel is confident that the submitted plan fully meets the expectations of our Slovak counterpart, and that a formal agreement will be reached in the next few weeks," Enel's press department told The Slovak Spectator.

"As already stated, Enel's commitment to respect all our agreements has never been in question. This includes the respect of the contracts that SE signed with Slovalco," Enel told the Spectator.

In early November 2004, after the privatization deal was approved by the cabinet, Economy Minister Pavol Rusko rattled the business community by announcing that the sale was "not certain" as too many issues remained unresolved, making the Slovak partner nervous.

"Enel is unwilling to accept several conditions made by the Slovak side. I am disappointed by the course of the talks. If Enel does not change its approach, I will consider other possibilities," Rusko told journalists last November.

According to the Economy Ministry, negotiations were stalled because the Italians were quibbling over insignificant details and disregarding the important issues.

Finally, on February 17 of this year, Enel and Slovakia signed a privatization contract, selling a 66-percent stake in SE to the Italian power producer. Enel agreed to pay €840 million for the majority stake.

In late April, the European Commission also approved the sale of the Slovenské elektrárne to Enel, saying that the acquisition would not prevent economic competition in the European Economic Area.

Enel's approval of the privatization contract was preceded by complicated negotiations as the partners needed to get through a number of sensitive issues, among them the decommissioning of the A1 and V1 nuclear plants in Jaslovské Bohunice, a task that is expected to go to Slovak waste management company, VYZ.

Another condition of the deal was the operational transfer of the Gabčíkovo hydroelectric facility to a state-run concern, Vodohospodárska výstavba.

It seems that SE's disadvantageous contracts have been the toughest pills for Enel to swallow. Official ministry sources have denied that Slovalco, one of the suppliers benefiting from the contracts, played a decisive role in the negotiations with Enel.

In 1994, the power utility signed a contract ensuring advantageous energy prices to Slovalco through 2017.

The ruling coalition has promised to address the Slovalco contract, which interferes with Slovakia's commitment to the European Union to liberalize its electricity market by 2006.

The European Bank for Reconstruction and Development and Norwegian company Norsk Hydro holds the majority stake in Slovalco, which is pressing the Slovak government to honour the contract.

According to Havran, Enel has known about the contracts from the very beginning.

"The contracts themselves are defined as disadvantageous in the documentation provided to the investor."

Havran says the problems surrounding the contracts should be solved by the end of August.

"The latest information I have suggests that Enel has sent the Economy Ministry another proposal, which should match Slovakia's expectations," he said.

The Economy Ministry will introduce the investment plan to the public in August when it will be submitted to the cabinet.

Enel was originally supposed to submit the investment plan proposal by the end of June 2005, but the company was granted an extension.

"We accepted the investor's request to move the deadline. We would rather wait a little longer than get the plan at any price and then have it wrong," Rusko said.

Experts say the investment proposal will provide answers regarding the future of the nuclear power plant in Mochovce.

"The investment plan will have to solve the issue of future capacities of SE, especially in relation to the closedown of thermal power utilities in Vojany [Košice region] and Nováky [Trnava region]," Havran told the Spectator.

Rusko said: "Certainly, the plan must also address the completion of the nuclear power plant in Mochovce. I have been clearly tasked by congress to support only a solution that includes Mochovce."

The issue of energy self-sufficiency is becoming urgent for Slovakia.

As part of its EU accession agreements, the country is obliged to close down one of the two blocks of the Jaslovské Bohunice V1 plant in 2006, and the second V1 block in 2008. The V2 plant will continue operating. The A1 block broke in 1977 and has not functioned since.

Enel Chairman Paolo Scaroni made no secret of making Mochovce a priority for the Italian power utility.

He declared his intentions February 17, the day Rusko and Scaroni signed documents transferring Slovakia's stake in SE to Enel.

"By purchasing Slovenské elektrárne shares, Enel re-enters the sphere of nuclear energy, which is very important for us," Scaroni told the press.

Experts warn that the Italian investor does not have the requisite experience to maintain nuclear facilities. Scaroni disagrees.

"Historically, Enel was a nuclear energy producer and owned four nuclear plants in Italy. It also owned a licence for producing nuclear energy," he said.

Magdalena MacLeod
contributed to this report