Fear and loathing at the gas pump

FUEL prices exceeded the psychological barrier of Sk40 per litre on August 10, a development that has been hanging over the heads of Slovak motorists for the past several weeks. 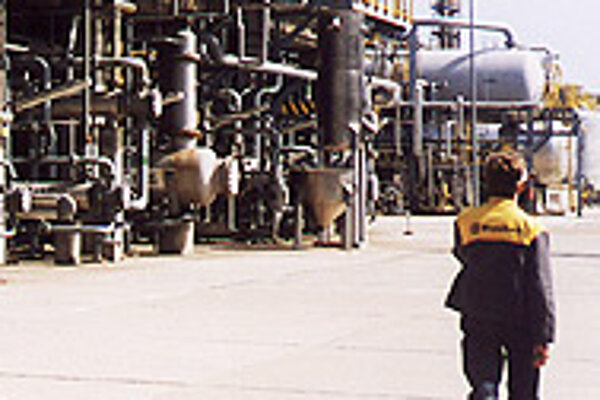 Font size:A-|A+0
FUEL prices exceeded the psychological barrier of Sk40 per litre on August 10, a development that has been hanging over the heads of Slovak motorists for the past several weeks.

Slovnaft, Slovakia's sole oil refiner, raised fuel prices at all of its filling stations on August 10. Drivers pulling up to the pump will find petrol selling for Sk0.60 (€0.015) more per litre and diesel going for Sk0.40 more.

A month ago, Béla Kelemen, deputy director of marketing at Slovnaft, suggested that petrol prices would likely reach Sk40 per litre.

"As a consumer I am hoping that fuel prices will not exceed this psychological barrier [Sk40], but as an expert, I do not have that optimism," Kelemen said.

Industry analysts say it is unlikely that fuel prices will drop in the next few days. Slovnaft blames rising oil prices for pushing up the price of fuel.

"Oil prices exceeded $63 per barrel and in the long-term the price is staying above $60 per barrel. Last year, at the beginning of August, the Brent oil price was at $42 to $43 per barrel. This represents a 50 percent year-on-year hike," Slovnaft spokesperson Kristína Félová told The Slovak Spectator.

She continued: "Analysts see the reason for oil price hikes in ongoing tension in the Middle East [Iran, Saudi Arabia - the world biggest oil producer - and Iraq], a significant drop of supply and in hurricane threats. There is a shortage on the petrol market as well and Eastern Europe feels it."

She added that refineries work at full capacity but do not produce enough to meet the high demand. Planned and unplanned production outages also significantly impact the world oil market. The growing strength of the US dollar, which has gained 5 percent on the Slovak crown since May, contributes to rising fuel prices as well.

The Slovak refiner was eager to point out that in August, retail prices [excluding excise taxes] for fuel in Slovakia are the third lowest in the European Union.

The average retail price for a 1,000 litres of petrol in Slovakia is €423.62, before tax. The cost for the same amount of diesel is €459.26, before tax. Taxes determine the final price for the consumer. In Slovakia, excise taxes on fuel are approximately 60 percent of the retail price, Félová told the SITA news wire.

He pointed out that even if the ministry decreased excise taxes, it would not automatically mean a drop in fuel prices.

According to Slovnaft's Kelemen, one way to combat high fuel prices is to build a new refinery so as to increase the supply.

"This would take five years and require around €2 billion, which is approximately 10 times the profit that Slovnaft made last year," Kelemen explained.

Though unwilling to reduce excise taxes on fuel, the Finance Ministry and Slovak business circles are increasingly critical of Slovnaft's pricing policy.

The Finance Ministry levied a hefty fine against Slovnaft for the alleged abuse of its dominant position on the Slovak market, and for violating pricing discipline. Slovnaft however appealed the fine.