Despite a growing European trend to ban smoking in public, the Slovak health minister failed to push through a legislative amendment that would have required bar and restaurant owners to provide their patrons with a smoke-free environment. 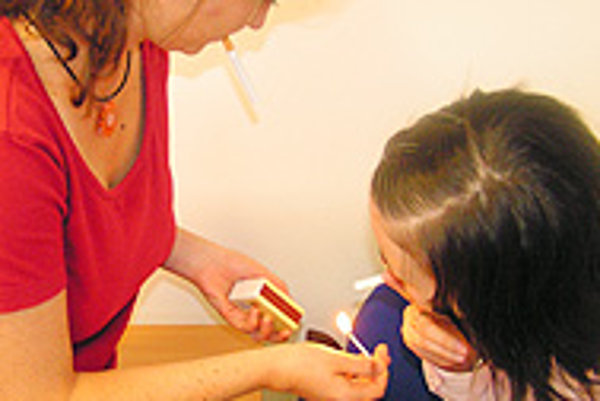 Font size:A-|A+0
Despite a growing European trend to ban smoking in public, the Slovak health minister failed to push through a legislative amendment that would have required bar and restaurant owners to provide their patrons with a smoke-free environment.

It is the second time Health Minister Rudolf Zajac has tried to introduce a comprehensive smoking ban.

Slovakia's current law on smoking restricts tobacco use in some cases, such as in health care institutions and on public transport. For the most part, however, it gives smokers free reign to puff away in drinking establishments and eateries, even if it negatively impacts the health and comfort of others.

Minister Zajac's original draft amendment to the law on smoking included a measure requiring bars and restaurants to thoroughly separate smoking from non-smoking areas with a solid wall.

Robert Ochaba, chairman of Slovakia's Public Health Institution, told The Slovak Spectator that money issues likely got in the way of the amendment's passage - at least in the form the health minister wanted. Ochaba explained that bar and restaurant owners objected strongly to the financial burden placed on them to construct a wall separating smoking from non-smoking sections.

According to the chairman, these objections could have motivated Labour Minister Ľudovít Kaník and Interior Minister Vladimír Palko to soften the amendment's restrictions.

Other ministers besides Kaník and Palko worked hard to limit the restrictions placed on smoking and tobacco sales. Justice Minister Daniel Lipšic managed to strike a total smoking ban in the workplace from the health minister's amendment. Education Minister Martin Fronc successfully pushed through a proposal allowing smoking inside university buildings and student hostels.

The end result is a much softer law on smoking than intended by the health minister.

Some of Zajac's pet proposals were left untouched, however, including an extension to the list of places where tobacco sales and smoking is prohibited. Increases in fines that punish breaches in the law were left intact as well.

If signed into law, the draft amendment would ban tobacco sales in catering establishments, buffets and kiosks inside health institutions, such as hospitals.

A few EU health organizations have conducted studies highlighting the economic advantages of smoking bans in an effort to bolster support for a total ban on smoking in public.

The Royal College of Physicians in Great Britain estimates that the British economy would save at least €5.8 billion annually as a direct result of such a ban.

The college's research shows that a smoking ban would not only lower the health care, insurance and cleaning costs, but also that workers would be more productive, since they would find it difficult to take smoke breaks.

Ochaba would like to see a similar study spell out just how much Slovakia could expect to save by implementing stricter rules and wider bans on smoking.

Municipalities and town halls have the power to extend smoking bans to include pedestrian zones and parks.

According to the Slovak Statistics Office, smokers are a minority. The office estimates that 41 percent of the adult population smokes. Out of this number, 44 percent of smokers smoke 11 to 20 cigarettes a day.

Stanislav Fedor, a businessman from Źilina, is one of many who has noticed a change in people's smoking habits.

"It happens that I meet with my mates in a pub, four or five of us at a time, and none of us smokes. Something like this would have been unimaginable 15 to 20 years ago," he said.

Fedor says he used to smoke 50 to 60 cigarettes a day. He stopped smoking 15 years ago.