ARTISTS from 15 European countries are heading to Banská Štiavnica for the third annual Cap a l'Est, or Road to the East, a festival of poetry, theatre, and music. 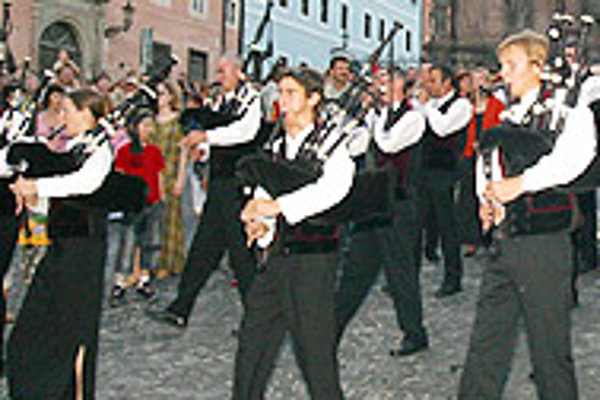 Font size:A-|A+0
ARTISTS from 15 European countries are heading to Banská Štiavnica for the third annual Cap a l'Est, or Road to the East, a festival of poetry, theatre, and music.

The many languages that will be heard at the festival symbolize the continent's ongoing unification. Furthermore, bonds created between participating artists, which in turn are shared with audiences, reflect how Europe is gradually becoming united.

"The festival is a dialogue between cultures, an exchange of artistic skills, which reaches the audiences," says Antónia Miklíková, the festival's executive director, adding that the universal language is music.

Cap a l'Est, was first established as a meeting point for artists from Eastern Europe and France. The idea sprang up five years ago, when Michel de Maulne, director of the Moliere theatre in Paris, got together with Milan Kňažko, at that time Slovakia's culture minister, and Antónia Miklíková, a Slovak actor living in France. They

sought a way to help artists from Eastern Europe find their place in a newly unifying Europe, and connect them with the once separately developing West.

Each participating nation wanted the festival to take place within its borders, but the final nod went to Banská Štiavnica. Miklíková says the town is at the geographical centre of Europe, and close to Hungary, Poland, the Czech Republic and Austria. It has a rich history and offers non-traditional spaces to stage the festival's performances. "And obviously, financially it is easier to come from West to East," adds Miklíková.

The town's residents have adopted the festival as their own and are eager to help in its preparation, often taking the initiative themselves.

Sapho, a Jewish singer from Morocco who lives in France, will open the festival on August 19 at 21:00. The diva, who sings perfectly in several languages, is a walking illustration of the festival's commitment to cultural diversity. Previous to the official opening, starting at 16:00, poets will meet and recite their works at the Libresso café.

This third year has a focus on Greek poetry and music. Six poets from Greece and bouzouki player Nicolas Syros and his musicians will bring the "the breeze of the salty warm sea", temperament rhythms and tuneful language to the festival.

The festival's unconventional venues include the castle's courtyards, mining drifts, cafes and streets. On August 23, for example, Greek, Bulgarian and Slovak poets will descend a mine in protective helmets where they will read poetry by candlelight, while tea with rum will be served to keep listeners warm. Anne Marie Belime will perform covers of Edith Piaf songs in the town's cafes.

The "Babylon of languages", as Miklíková calls the festival, is open to non-European influences too. A traditional Arabic music ensemble from Lebanon has been invited to perform. The festival also features artists from minorities, including the Roma ensemble Romathan from Košice, and Divadlo z Pasáže, which includes handicapped actors.

The festival is a celebration of the unity of art in Europe, in the same way that other forums unite the continent economically or politically. But while economics and politics are working towards homogeneity, the artists want to promote Europe's cultural and linguistic diversity. Seminars and lectures on this subject will also be a part of this year's event.

"We speak all kinds of languages at the festival, because we want to protect them. Languages are dying every minute. We want nations to protect them and through mutual interactions enrich their cultures," says Miklíková, who explains that it is not necessary to understand every word of the performances; vivid gestures and body mimicry at the festival lower the non-musical language barrier.

Miklíková has lived in France for 10 years. After leaving her country and getting to know the other culture, she says, she began to value more what she left behind.

"The more we learn the more we can enrich our own culture. And getting to know others, makes us less afraid of them."

What:Cap a l'Est - European festival of poetry, theatre and music.
When:from August 19 to 24.
Where:Banská Štiavnica and surrounding villages.
Tickets:Sk550 and Sk300 (reduced price) for the entire event; poetry readings are free of charge.

For more information contact Anna Maťová at 0908/193-576, or visit www.capalest-lathanor.com.